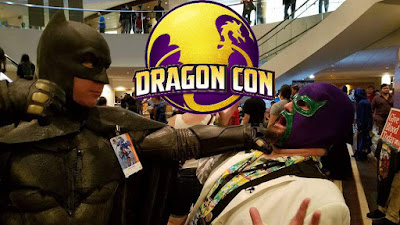 It takes many different elements to create the magic of Dragon Con – fan Tracks, celebrity guests, apple pie – but in my opinion few are as important as the costuming community.
To me, Dragon Con’s biggest virtue is that it gives me the ability to immerse myself in an environment that is accepting, nurturing, and fantastical. Where, for five(ish) days we can all be whoever we were mean to be – our best selves. Whether you’re a wizard, a wrestler, a soldier from the future, or a mad scientist, you get to be you. And more importantly, you’re surrounded by fellow wizards, warriors, and Wonder Women.

Being able to look around the massive Dragon Con staging area of the Hilton, the Marriot, the Hyatt, the Westin, the Sheraton, and AmericasMart and see fantastical characters of every shape and size is an unequaled experience. Without those cosplayers Dragon Con would still be fun, but it would lose a massive portion of its magic.

Here’s the post where I display my incredibly shallow knowledge of what’s actually going on in pop culture by attempting to pick the biggest costuming trends this year. I’ll also throw in some personal favorites that I’m hopeful for, just to try and distract you guys from the fact that I think people are still playing Bomberman 64.

If you’ve got your own thoughts on the matter, you can comment below or, even better, join the Needless Things Podcast Facebook Group and get in on the conversation! Let us know what you think! 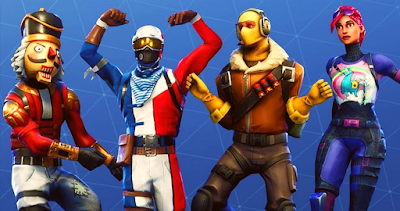 If you want to know how out of touch I am, I almost spelled that wrong. Or right, I suppose. If you know Fortnite, you know what I mean.

This is the one cosplay area I can comfortably predict because Phantom, Jr. is obsessed with this game and apparently so is everyone else under the age of 25. This is the rare instance where I will not only know these costumes on sight, but I will also be able to identify the dances they are doing.

OH YES, MY PHANTOMANIACS. You see, one of the components of Fortnite that the kids absolutely love is the dancing, which is a way of taunting. There are tons of dances in the game and my son knows them all. Which means I do, too. Or at least well enough to recognize them. I expect to see basically nonstop Fortnite dancing at Dragon Con.

If you don’t know, Fortnite draws from pretty much every corner of pop culture for inspiration. It’s a very silly online multiplayer game where the characters can be anything from a dude in a shark suit to a robotic female assassin. There’s an amazing variety of weaponry and costumes, which makes it a very appealing environment in which to play.
I have tried it, but I suck. 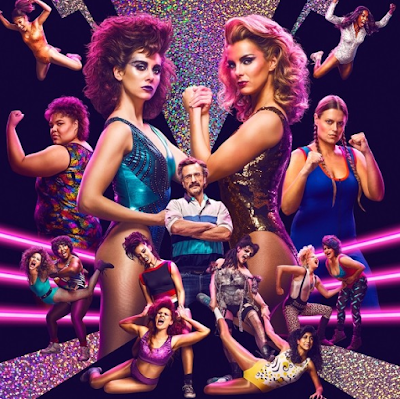 I predicted this last year and didn’t see any. I know of one individual that’s working on a Zoya costume as we speak, but I certainly hope that after the spectacular second season of GLOW it is now cemented in as a pop culture go-to. I fully expect to see many more Gorgeous Ladies this year. 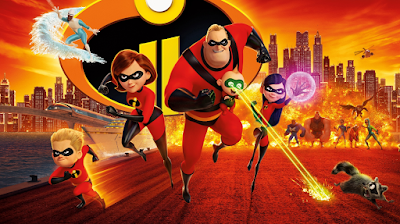 Regardless of my feelings about The Incredibles 2, it was a huge pop culture event with a wide spectrum of fans. Family-inclusive costumes are somewhat rare, so I fully expect to see plenty of groups of Pixar superheroes, especially Elastigirl.

I think it’s great, because it’s a wonderful universe with a great selection of interesting characters. 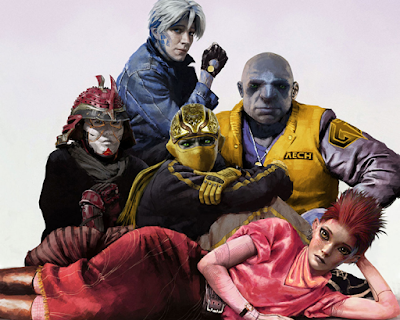 By default seventy percent of the costumes at Dragon Con can be tied to this movie. I do specifically expect to see the avatars from the Oasis walking around, though. Maybe someone will be dressed as The Shining.

I DON’T KNOW HOW. Those cosplayers are clever, man. 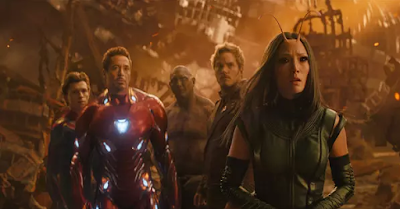 This is so obvious that I sort of felt bad including it, but I can’t imagine a bigger year for the Marvel Cinematic Universe. The costuming for these movies is so dynamic and visually appealing that I know a number of the best cosplayers around thrive on trying to recreate practical, con-friendly versions.

Additionally, it wouldn’t surprise me to see “dusting” variations inspired by the end of Infinity War. 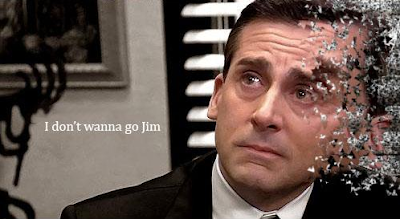 As a matter of fact, I’m going to go one further and say we’re likely to see “dusting” versions of characters from across the whole spectrum of pop culture. 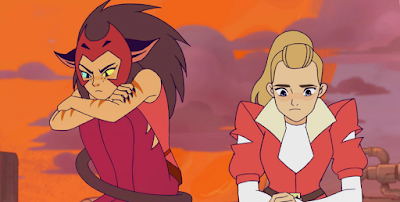 This is a sort of catch-all for Stephen Universe and all of the other modern cartoons that I can’t keep track of. Costumes from that show are a pretty easy call because I’ve been seeing them at cons for years, but I’m going to go out on a limb and say we might even see Adora and Catra from the new Netflix She-Ra cartoon that looks very similar to Cartoon Network’s hit show.

Here’s another possible longshot – I wouldn’t be too terribly surprised to see DuckTales represented. That show seems to have caught fire with fandom and even I have to admit that the excellent voice cast and storytelling has overcome the limitations of the animation style. Heck, even the animation seems to be a little better than the first few episodes suggested. 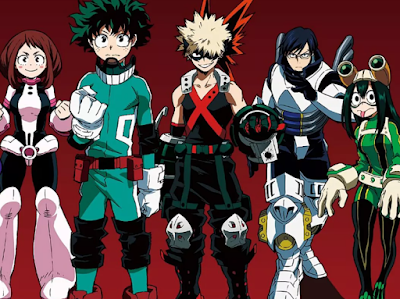 I’m not going to recognize any of these. Unless it’s Mario or Battle Angel. Which, by the way, I do expect to see this year. Years ago cosplayer Riki Lecotey was Alita and I don’t know that I’ve seen one since. Let’s bring her back – there’s a movie coming out!

I should’ve made this call last year after the success of the show’s first season, but for some reason it didn’t occur to me. That’s okay, though, because I don’t remember seeing any costumes that seemed to be from the show.

This year I fully expect to see a lot of Western wear, which is great because it’s an underrepresented look at Dragon Con. As a matter of fact, I’d love to have a cowboy costume. I wonder if I could put a decent Brisco County, Jr. together in a week and a half… 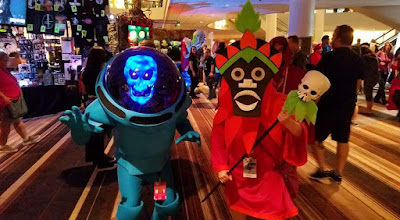 Obviously this list doesn’t acknowledge the overwhelming number of constant cosplay fandoms – Stars Wars, Trek, and Crash, Game of Thrones, Middle Earth, Harry Potter, Manimal – and I’m sure I’m missing some new hotness that I’ll feel like an idiot for overlooking the minute Thursday gets here. But my point is that costumes are critical.

Take a minute and thank some cosplayers for making Dragon Con so magical.

Here’s my advice to you – wear a costume. Maybe you’re already doing that. If so, good for you. But if you don’t think of yourself as a costume person, do it anyway. Find something you’re comfortable with. Go buy a mask or a cape or maybe even just find a character you like whose garb isn’t terribly outlandish. But dress up in a way that is different from your normal routine. Even if you just wear a suit and a funny hat – get away from yourself for a night and have fun. You’ll be surprised at how freeing it can be just to put on a different pair of pants. Or none at all. But save that for after-hours.

If you’re here checking out Dragon Con stuff and haven’t visited Needless Things before, thanks for coming by. There’s a new episode of the Needless Things Podcast every week. And definitely come back in October for our 31 Days of Halloween! It lasts all month long and everything on the site is thoroughly Halloweeny!
Posted by Phantom Troublemaker at 11:00:00 AM