Why I Don't Need Any More Jurassic Park Movies 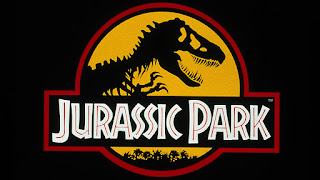 Before you start blowing me up please hear me out first. I love the first Jurassic Park. I've seen it in the theater at least 5 times (a few of them within the last 5 years). I'll watch it anytime it's on TV, and as silly as parts of it are I hold it makes it close to the top of my best summer blockbuster movie list. But let's take a look at the rest of the movies shall we? It's a different story for the sequels. The Lost World, Jurassic Park III, and Jurassic World are deeply flawed and we shouldn't look past that just because a new popcorn flick is on the way.

Let's dive a little deeper shall we? I read both of the Jurassic Park books, and really liked them. What kid didn't want to be a paleontologist at some point in their childhood? Only the weirdos. Compared to the movies there's a lot more science and pseudo-science like Chaos Theory. There's also a lot more violence. I knew that when Spielberg signed on to make the movie version that it would be toned down for a PG-13 audience, but I was fine with that. There were plenty of cuts and deviations from the book too, but since there's only so much time in a movie that didn't bug me either. The special effects were amazing, and really do still hold up. The characters were well developed (including the dinosaurs), the acting was good, and even the annoying kids weren't as annoying as they could have been (they were annoying in the book too). The only real bummer is how Ian Malcolm (Jeff Goldblum) is arguably the best character, and yet gets benched by an injury early in the movie. Instead of offering help and keeping everyone else alive he just lays around displaying his chest. I guess when your other male leads are Sam Neill, Richard Attenborough, Sam Jackson with a heavily receding hairline, and Wayne “Newman” Knight you've got to take sexy where you can get it. I loved it so much that it took me a few viewings of The Lost World to make me realize how inferior it truly was to the original.

Why is it so bad? Not only does it ignore most of the second book, but it throws in Vince Vaughn as an eco-terrorist. This was back before everyone realized that Vince Vaughn needed to just stick to playing Vince Vaughn though. There was also the shockingly poor use of a great actor like Pete Postlethwaite as a big game hunter, and the shoehorning of Julianne Moore into a much larger part than was called for in the book. At least Jeff Goldblum had more to do, but “going to save my girlfriend from the things that almost ate me” isn't a good enough motivation for him to go to another dinosaur infested island. I don't like anyone that much. I guess Dr. Ian Malcolm has a softer heart than I do. But seriously, how in the fuck is InGen even in business after what happened in the first movie? Way fewer people die in the original than in Jurassic World, but there's no way they'd have any money left to set up a new park in San Diego after the families of the dead had finished suing their asses off. There were still some really good action sequences though, and the 4 year gap did make for better technology to give us cooler dinosaurs, but that's about all I can say for it looking back on it now. It did well though, and I was hoping they could turn this thing around. They didn't.

Instead Jurassic Park III is just the worst. I know that William H. Macy is a good actor, but I find it hard to believe he persuades a group of mercenaries and Sam Neill to go to this island without cashing their paychecks first. And as a mercenary or Sam Neill I would take one look at William H. Macy and Tea Leoni and know that I need to keep them far, far away from any possible danger lest they get me killed. And somehow their son is alive after weeks alone on dino-island. Yep, a kid who's done nothing more than read a few of Dr. Grant's books learned to survive in ways that the good doctor couldn't have possibly known from being on a completely different island with very different  dinosaurs for a few days 8 years ago. It's just a sad rehash of everything you might have liked about the first 2 movies with more blood, and less character development. Okay, no character development. Aside from Sam Neill you won't know or care who these people are. I guess that's okay if you don't want to get attached to the people you're going to see get eaten. I honestly didn't think there would be another movie after this. But it made money despite its many problems, and that's all it takes to keep things going in Hollywood. Eventually.

After years in production hell we finally saw Jurassic World in 2015. And the results were a mixed bag. With a 14 year gap between movies I was pretty hopeful. Technology is so much better, and surely they had time to learn from their past mistakes. Nope, not so much. If you take nothing else away from this angry rambling please take this: hope leads to pain. Just like with The Lost World I overlooked many of Jurassic Worlds flaws at first simply because I was so excited that there was a new movie. It's hard to create wonder in a world we've visited so often that even the characters in this era aren't impressed by extinct animals walking around anymore. First off, InGen is really still in business? No fucking way. John Hammond was buried in a paupers grave with the families of his victims taking turns spitting on it. I call my first (but not my last) bullshit on this movie. Second, they're creating new dinosaurs and hiring super mad scientist Dr. Wu (BD Wong all the way back from the first movie) to do the deed? He proved he only cared about what cool things he could do and not what the cost would be. Now we're going to turn around and give him the keys to our brand new even better genetic lab? Bullshit 2. Next the new theme park is opened on the exact same island as the first park that went all horrifically wrong. Sure the kids don't know that, but their parents and grandparents would certainly remember that time a T-Rex ran around San Diego eating pets and wrecking up the place. No responsible person would ever allow a child (or anyone else they liked) to go near that island. Bullshit 3. Bryce Dallas Howard, and most of the other business jerks involved in running Jurassic World, only care about numbers while clearly overlooking things like safety and what I assume would be basic protocol for a zoo containing animals that would happily eat your family. The only person that cares is, of course, Dino Lord. I mean Chris Pratt. Admit it, you wouldn't like this movie nearly as much if he wasn't in it. I'm as shallow as anyone. I see his charm. I do not, however, see him as a dinosaur whisperer. Although that scene with him riding a motorcycle at the head of a pack of raptors was pretty cool. It's been 22 years since the first park failed to open, but it's only been 17 years since the world last saw prehistoric monsters eating people (because you know that camcorder footage of the island from Jurassic Park III would have been everywhere by 2015) or there were pterodactyls flying around somewhere in South America. They clearly made it off one of the islands in at least one movie. That might seem like a long time, but they had to rebuild the entire park, and then convince people to go to there. Bullshit 4 and probably 5 as well. It's fun, but is it good enough to get this series going again after this long? Only if your love of the first movie carries you there. It looks beautiful, there are new and better dinosaurs to gawk at, and our old pal T-Rex saves the day with the help of Owen's friendly(ish) velociraptors. Don't even get me started on the pointless sub-plot with Vincent D'Onofrio and that whole using raptors as weapons thing. Super bullshit. But according to IMDB it was the 4th highest grossing movie of all time. Obviously we were going to get a follow-up, but do we really need it?

I don't know much more than what the trailers have shown me, but come on. I don't care how much I used to love my man-eating pet dinosaur I'm not going back to that fucking island unless it's to watch the volcano destroy everything while I sip a frosty cocktail from a safe distance. Bryce Dallas Howard's character has even less reason to go back. She's now a dino-rights activist? More bullshit. Oh, and some more mercenaries and bad guys who want to use the dinosaurs for their own immoral purposes are there too. Clearly no one saw how well that's worked out for those guys in the past. If a CGI T-Rex is one of the heroes you're pushing in ads then you're not saying much for the human cast in the movie. Just sayin.

It's going to make a ton of money, and I'm sure this series will keep going, but prettier doesn't mean better. I'll see it eventually, but don't expect a review from me anytime soon. Troll me if you must, but I'm kind of starting to get used to it now. Suck it, Hawkeye.