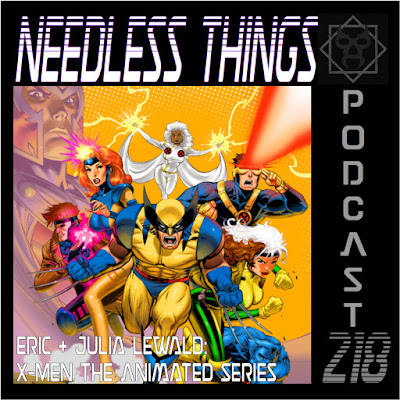 On this week’s episode Dave talks to two of the minds behind the seminal 90s X-Men animated series!

­
The early 90’s X-Men cartoon (now typically with “The Animated Series” attached) was a landmark in not only comic book adaptations, but in animated storytelling. It presented the complex stories and themes of Marvel’s Mutants in a more palatable, streamlined form while preserving the edgy and mature nature of the source material, as well as the social consciousness that the comics were known for.

Listen in as Dave goes behind the scenes of one of the greatest comic book cartoons of all time with the creators themselves!

Order their new book detailing everything you want to know about the X-Men animated series!: