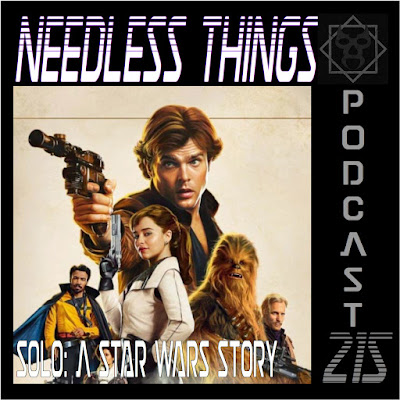 
Initial trailers for Solo: A Star Wars Story were met with mixed responses from fans. Already wary of prequels, many wondered if a Han Solo origin story was necessary. Others took issue with the casting of Alden Ehrenreich as the young smuggler.

Beyond all of that, the production itself was fraught with drama. Lucasfilm – who seem to have a very clear vision for certain aspects of their beloved and profitable franchise – fired original directors Phil Lord and Chris Miller, replacing them with reliable Oscar-winner Ron Howard.

Whatever the case, this was a new Star Wars movie and theaters were going to packed with those curious to see this new vision of an old story.

Listen in as Dave, Ryan, and Chad analyze this adventure from a slightly longer time ago and a galaxy far, far away!