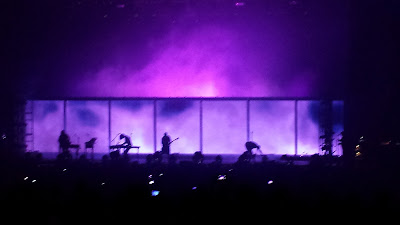 Sometimes I like to play along with the things on social media. One of the latest is a deal where you post your ten favorite albums, one a day, over the course of ten days. The caption reads something like this:

“Day ___ of my ten all-time favorite albums.
What really made an impact and is still on my rotation list.
Post the cover and nominate a person each day to do the same.”


Much to my shame I didn’t notice that the version I cut-and-pasted from our pal Arian had a “u” in “favorite” until the second day, so on day one I looked like a twat.

Side Note: My “No U in Favorite” rule does not apply to persons who grew up in countries where there is a “u” in “favorite”.

I did a top fifty albums post years ago that’s still here on the site, but is an absolute pile of shit, format-wise, and also probably inaccurate by now. Definitely inaccurate by now. Even the top ten listed there is different from what I posted on Facebook over the last couple of weeks.

A top ten album has to be excellent throughout. There can’t be any skippable tracks, disruptive “skits”, or songs that are just too fucking long. They have to be representative of their era (in my life) and feel like a specific expression of creation. Each of these ten albums is not only great from beginning to end, but has great personal importance to me as part of my own life soundtrack.

Music has always been of supreme importance to me. My earliest memories are set to the music my father listened to – CCR, Three Dog Night, The Beach Boys, and every other band that my generation thinks of as “classic rock”. Then the 80s hit – the MTV era – and pop music was simply an omnipresent force in the crafting of pop culture.

Back then, it united everyone. To a certain extent everyone was listening to the same things and we all had a sort of cultural shared awareness that seems to be missing now. My mom knew who Whitney Houston, Poison, and MC Hammer were even though they weren’t her thing. We all knew who all the artists were because we all saw the same TV and heard the same radio. Nowadays I don’t know that I could name a single pop artist that kids are listening to.

None of that is the point I was here to make.

Here are ten albums that, as of this writing I consider to be my ten favorite. Tomorrow there could be different entries, but regardless these ten albums are hugely important to me and have shaped my character over the course of my life in one way or another. I limited each artist to one album. Otherwise the list would be mostly They Might Be Giants and Faith No More. 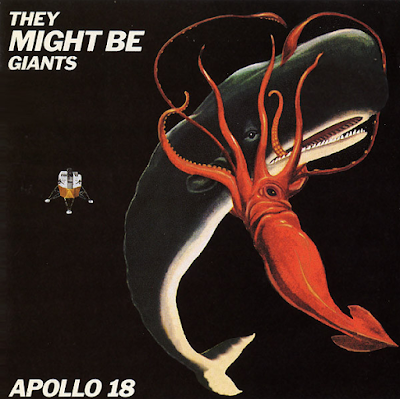 Apollo 18 remains my favorite album by one of my favorite bands. I find it to be one of the best representations of They Might Be Giants’ overall body of work and it’s just a fun album to listen to.

I saw them twice on the tour for this album – the Don’t Tread on the Cut-Up Snake World Tour. The first show was at a Blockbuster Music in downtown Atlanta. It was just the two Johns and their touring drummer at the time, Jonathan Feinberg. They played ten or so songs and signed albums, but for some reason I didn’t get an album signed.

Later that same day I saw them at the Variety Playhouse with the full band and it was amazing. 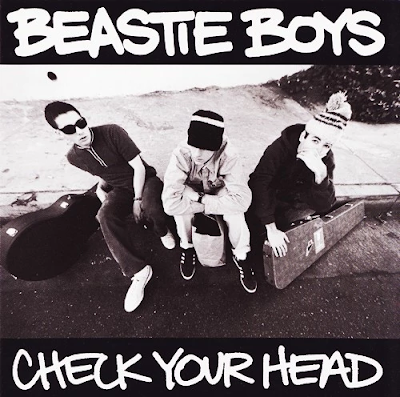 Check Your Head was the Beastie Boys album that opened my mind. I know many credit Paul’s Boutique with that sort of expansion, but after listening to Licensed to Ill about a bazillion times between 1987 and 1989 I simply couldn’t accept what I was hearing from the Beasties’ sophomore record.

Three years later I was ready for something different. I listened to Check Your Head over and over and over again. I couldn’t get enough. These guys that I absolutely loved had created this bizarre mash-up of music that, even if some of it wasn’t what I would traditionally enjoy, was all so fucking cool. It was a sampler for the musical ages.

I loved Check Your Head so much and wanted more of it so badly that I went back to my local music store – MusicDrome – and bought Paul’s Boutique again, hoping I had been wrong for not liking it. Naturally, I had been. 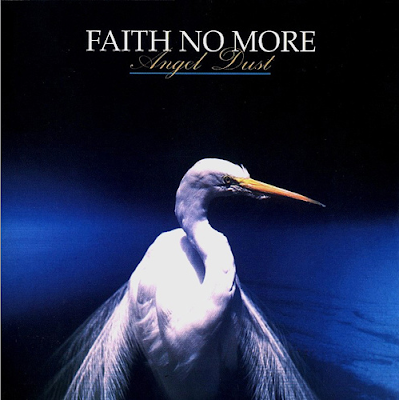 Angel Dust is always the first Faith No More album that springs to mind. I love all of the Patton albums, and if I had done this list differently they would be half of it. But after The Real Thing, I actually recognized the artistic growth and improvements present on this album. It blew my mind at the time.

You can check out more stuff I’ve written and said about Faith No More here.
It’s interesting to note that Angel Dust, Check Your Head, and Apollo 18 were all released in 1992, in a two month timespan. I was sixteen, which I’ve discussed in other venues as a hugely important age for determining lifelong tastes and thought processes. 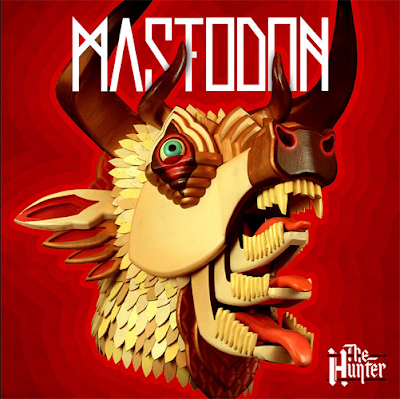 The Hunter is the most recent album on this list, but I fell in love with it immediately. I think it’s Mastodon’s most listener-friendly album and is essentially the metal version of pop music.

I saw Mastodon live for the first time on the tour for this album and was just as impressed as I thought I’d be. There aren’t many bands I’ve enjoyed live that basically just play their albums, but Mastodon is so good and so powerful that it’s still remarkable to see them do what they do on stage. 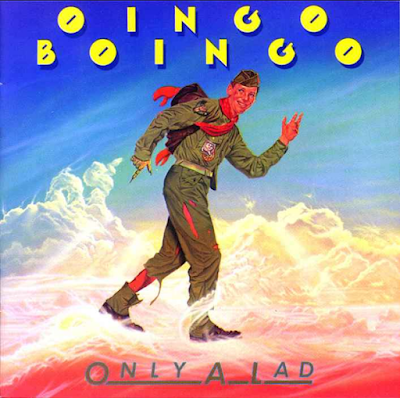 Only A Lad, on the other hand, is the oldest album on this list. As many of you may know, my love of Oingo Boingo is recent. I’ve always enjoyed a couple of their bigger songs, but my discovery of their full catalog of music only happened last year.

While I enjoy everything I’ve heard to one extent or another, this first album is the one I find myself returning to over and over again. I’ve listened to it more times now than probably any album that I’ve bought in the last decade (with the possible exception of Le Sexoflex’s The Naughty Contest). From beginning to end it is perfection, though along with the joy it brings I also feel regret that I haven’t been listening to it my entire life. I was missing out on something truly wonderful for over three decades.

Side Note: I feel like I have to address “Little Girls”, which is musically excellent and lyrically icky. We’ve all done weird or dumb things that, in retrospect, are cringeworthy. Danny Elfman has stated that this song was meant to be scathing satire, as is the case with much of Oingo Boingo’s music. You can’t listen to the rest of the album without getting the overall tone. But taken on its own the opening track is still a little creepy.

Other Side Note: Oingo Boingo is one of two artists on this list that I have not seen live. 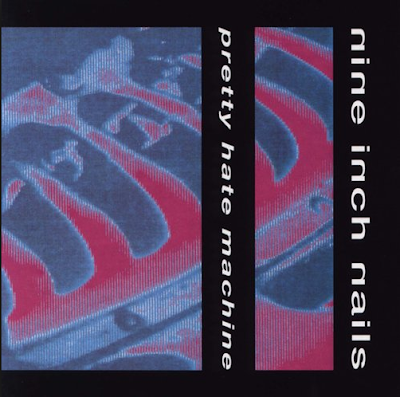 Pretty Hate Machine came out in 1989, but I probably didn’t appreciate it until ’95 or maybe even later. It’s awesome and powerful and even as an “adult” I still appreciate all of the feelings expressed. 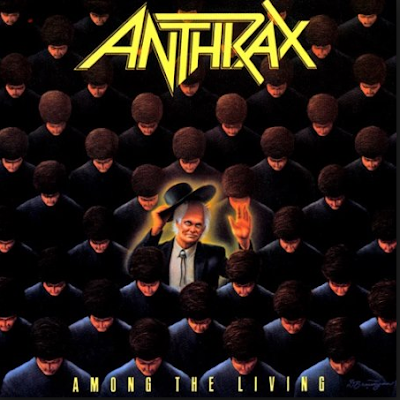 Among the Living was my first Anthrax album. Even though the band has released plenty of songs that I’d consider “great” or “anthemic”, this is the album that is wall-to-wall excellence. Six of the nine songs are bona fide Anthrax classics that would belong on any Greatest Hits album and the remaining three are still very good. 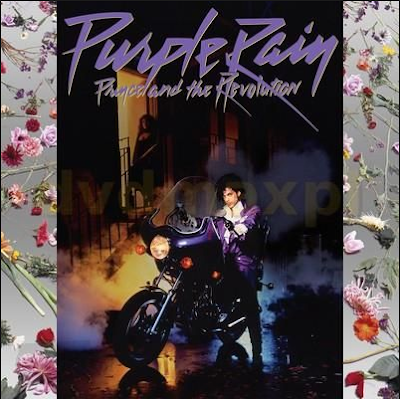 Purple Rain has all of the songs that made me like Prince when I was too young to understand what he was singing about. It’s also arguably the greatest album of all time.
If you don’t have the Deluxe Expanded Edition, order it right now. It includes twenty-six additional tracks and a DVD of Prince and the Revolution live from Syracuse on March 30, 1985. I love hearing different versions and mixes of songs, but that live show alone is worth the upgrade. It’s absolutely incredible.

I saw Prince perform Purple Rain in its entirety in 2001 (along with plenty of hits from other albums) and it was amazing, but that show from 1985 – featuring a performer with twenty-six years less experience – really shows just how incredible Prince was and how confident he was in his vision, even then. 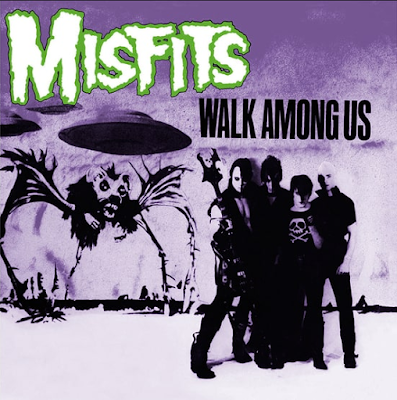 I discovered the Misfits late in the game. I was obviously aware of them during my high school punk years, but for some reason just never went any deeper than an awareness that Metallica covered a couple of their songs. In 1996 Caroline records released a comprehensive box set that included all but two (I think) of the Danzig-era Misfits songs. It’s my favorite music box set that I’ve ever owned and I listened to it constantly for months after buying it.

It’s funny to me to think that at the ridiculously young age of twenty I was mad at myself for waiting so long to discover a band, but that’s how I felt.

Anyway, that box set is my Misfits experience, but Walk Among Us is the album that, to me, best sums them up. If you’re not going to get the coffin, you should at least have that. 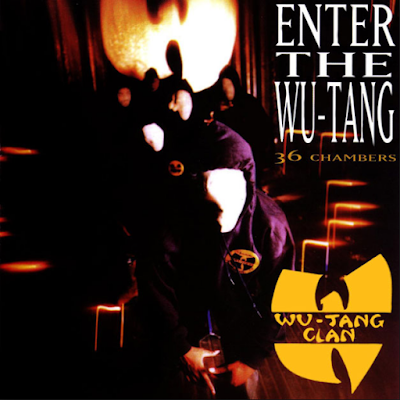 Enter the Wu-Tang changed everything. When it came out, I was pretty much only listening to hip hop from Soul Assassins, Native Tongues, and the Beastie Boys. Wu-Tang was dark and gritty and brutal, but RZA’s groundbreaking production and the variety of raw, powerful rappers made this debut album part of my regular rotation. And it still is twenty-five years later.

I don’t have enough space here to write about the massive influence the Wu-Tang Clan has had on pop culture. There’s not even a follow-up sentence for that because just beginning to think about it is staggering.

Side Note: Wu-Tang is the other artist that I have not seen live.

Hopefully you’ve enjoyed this deeper look at my top ten albums. If you haven’t participated on social media, I encourage you to do so and also to share a post with your own top ten in the Needless Things Podcast Facebook Group!