My Nerdiest Week Ever 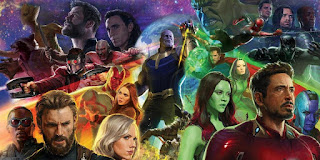 Okay well maybe Dragon Con is a nerdier week, but there’s also a lot of partying too. They’re generally nerdy parties though so maybe this is just my nerdiest week outside of Dragon Con. Regardless; I did a lot of things last week that could up my dork factor by a few levels at least. Try not to judge me too harshly. Or at least if you do don’t tell me about it. So here’s a rundown of everything I did last week (in no particular order) that made me into the new super geek you see before you. 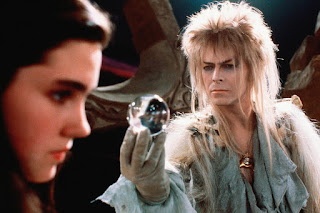 First I saw 2 movies in the theater this week. On Tuesday it was Labyrinth because I hadn’t seen it on the big screen since I was a kid. I loved it then, and I love it now. On a large screen that bulge in David Bowie’s pants was even bigger than I remember from when I first saw it in the theater or have watched it at home since. Lots of people in the theater were snickering so at least Sharron and I weren’t the only immature ones. Probably more importantly to the nerd community at large, I also saw Avengers: Infinity War on Sunday. I'm not going to get into a whole thing here, but I liked it a lot (and not just because Hawkeye was nowhere to be seen). I thought the ending was a little bit cheap because you know that shit is going to be retconned somehow in the next movie, but it was still better than Age of Ultron so I'll call it a win. That led to us trying to figure out how the Captain Marvel movie would fix everything, but since it takes place in the 90's I guess nothing will be fixed until Avengers 4. We sure spent way too much time researching the Captain Marvel and the upcoming MCU movies in general.

Saturday was a Cinco de Mayo party which may not sound nerdy, but since I spent a good amount of time talking about Star Wars and Marvel so it got kinda geeky for a while. There was also the descent into a drunken stupor that was filled by watching The Thing. I appreciated the fact that I almost know that movie by heart so by the time my memories started to get hazy we were far enough into the movie that I didn't have to worry about paying too much attention. I also appreciate that pretty much everyone had left the party by that point so I only had a few people judging me rather than the 20 or so people that would have been doing it at the height of the party.

After seeing Avengers we were better (nothing cures a hangover like brunch bacon followed by 2 beers at the movie tavern), but not better enough to do much of anything else. Sharron's old friend was in town from Ashville , and she's a big table-top gamer. She knows us well enough to know that we weren't getting into a four+ hour game. We played one game called Tokaido which is simply about trying to have the best possible vacation in feudal Japan. I got the most points, but that was only because of the extra points I got from visiting the hot springs so many times when monkeys appeared. In feudal Japan monkeys must have been good luck rather than the disease carrying jerks we know them as today. Once that was done we switched to a more challenging and frustrating game called Pandemic. Everyone plays as various crisis workers trying to stop a collection of diseases from wiping out humanity. It's the exact opposite of my favorite game for Kindle, Plague Inc. With Plague Inc. you're trying to get a virus to kill all humans, but in Pandemic you're working together to try and save everyone. I did like the collaborative aspect of it, but it was still pretty tough. We played 2 games, and lost one and just barely won one. Still a good way to kill some time on a lazy, still slightly hungover Sunday.

Last week I also discovered a new genre of fantasy novels called RPG-literature. Perhaps the genre isn’t new, but it was certainly new to me. With my Kindle Unlimited subscription I get to chose from about a million free books, and read as many as I want in a month for only $10. I read fast so that’s a pretty damn good deal for me. It also lets me read stuff that I might normally pass over because the price per book in a 6 to 8 book fantasy or sci-fi series would be huge. After going through 5 or 6 different series Kindle recommended that I give a series called The Land a try. For free (or nearly so) I’ll try almost anything. I didn’t notice until I downloaded the first book that it was subtitled a LitRPG Saga. I had no idea what that meant, but quickly figured it out. Imagine a D&D guide brought into novel form, and you’ll get the basic idea. Characters fight monsters to level up, manage town resources (which I guess is more of a real-time strategy thing, but still), allocate status points, and receive quests from NPC’s. It’s definitely different, and even if they’re not incredibly well written they are at least something new to me. If you’re an RPG fan at all you might give one a try sometime. The only thing that's kind of annoying is that you have to read constant status update pages for a character that you're not playing. 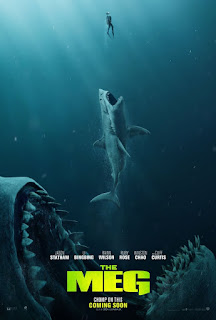 I rounded out this week of dorkery by debating the pros and cons of a 3rd Bill and Ted movie with my brother, and watching every Deadpool 2 trailer as well as the video for the Celine Dion song from the new movie. I'm really looking forward to this one. If Josh Brolin brings to Cable half of what he brought to Thanos he will be fantastic. This may be my birthday weekend movie. Unless I wait til the weekend after for Solo. The trailer before Infinity War has made me want to see it more than any of the other trailers I've seen so far. I just wish The Meg were coming out in time for my birthday. I missed Rampage in the theater; I'm not missing a giant shark versus Jason Statham. We did also watch Kong: Skull Island Sunday night, and it was better than I thought it would be. I just want a giant shark too much now to be satisfied by giant apes.