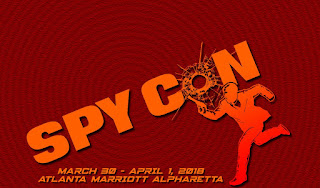 I've been a fan of James Bond going back to my childhood. My dad was always into Bond so I learned to like it too. I was young in the 80's so I won't lie. I'll just come right out and admit that I liked A View to a Kill. I know, but it had Christopher Walken, and that great opening song by Duran Duran. Later, and still to this day, my favorite is Goldeneye. Yes, part of that is because it was one of the best video games of all time. Not all of it though. It's one of the first movies I remember seeing Sean Bean die in. He's died in a lot of stuff since, but that was my first so it matters more to me. I also thought that Pierce Brosnan was great in his first Bond movie. It's not totally his fault that his next Bond movies sucked. The writing was terrible. Denise Richards playing any kind of scientist is ridiculous to the point that if I roll my eyes up into my head about it one more time they may get stuck there. Some of the Roger Moore movies were okay, but he was better cast in The Saint than as James Bond. As much as I love the old movies I do enjoy the grittier and less quippy realism of Daniel Craig's Bond. I miss those gadgets though. But since we're probably only a few years away from being able to buy our own laser watches I think I'll miss them less soon.


Your old pal Beth seems to be moving up in the world. I got to cover Days of the Dead last month, and now I'll be covering the first Spy Con at the end of this month. How far can I ride this wave? Who knows, but I'm going to enjoy it while it lasts. So if you're into James Bond, The Prisoner, The Man From U.N.C.L.E, Mission Impossible, or any other classic spies then join me at the Alpharetta Marriott March 30th through April 1st while I finally try to learn how to play baccarat. Yes, I know it's in the suburbs, but how much easier is it to get around in Alpharetta than downtown? The answer, in case you didn't know, is very. Get over your fear of going outside the perimeter (I guess only Atlanta people will get that reference) and come out for some secret agent fun. 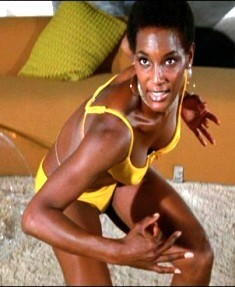 So just what the heck is Spy Con? Well you'll be in for viewings, panels, and other such fun about all of those shows and spies I mentioned above. You could meet (and for a little extra cash eat dinner) with two Bond girls. Lana Wood and Trina Parks who both starred in Diamonds are Forever will be there all weekend. Lana Wood also had one of the best Bond girl names ever, Plenty O'Toole. On a side note: if you google image search Lana Wood there are pictures of her topless just everywhere. Try for it yourself if you don't believe me. Sorry I didn't put one in here, but this isn't that kind of site. Also, her insanely huge nipples were slightly unnerving. Trina Parks was the first black woman to star in a Bond movie. They're each doing two individual panels as well so you'll definitely have time to see them both. On top of that there will be crew members from Bond films, writers, and people with actual spy experience. There's also a casino night Saturday which I'm looking forward to. Since you won't be playing with real money you don't have to worry about someone trying to break your kneecaps when you lose everything either. 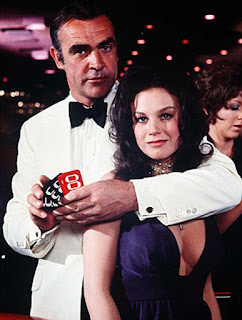 The “spy school” track looks like it's going to be where I spend most of my time. I don't know how to make a perfect martini, but this is where I'll finally learn. A free tango lesson – why the hell not? A real life spy will be talking through intelligence gathering, and I will definitely be going to the lock-picking class as well. You can check out classic spy gear, and the guns of James Bond. I have an airsoft Walther PPK so that's right up my alley. After this weekend I'll have the ability to break into your house, and bruise you mightily with my glorified BB gun. Look out world! 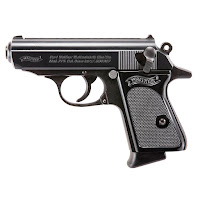 But if that's not your thing then the main track will have panels galore (no Pussy Galore reference intended). Do you think George Lazenby and David Niven get the shaft when talking about Bond? Well there's a panel for that. It's also the 30th anniversary of Licence to Kill if you're into that. There's also a panel for the spies that are great, but don't get the attention that Bond gets. North By Northwest is included in this panel so I may have to check that one out too if it doesn't conflict with me learning how to break into your houses. I hadn't really thought of it as a spy movie before, but I guess it is, and Cary Grant is amazing in it.

So break out your suave suits or fancy dresses and join me (and my official photographer Sharron) for Spy Con. Sitting around waiting for Dragon Con won't make it get here any faster. Make some use of this downtime. I really want this con to be a success so that it can get bigger and better next year. More guests, more panels, and more James Bond!