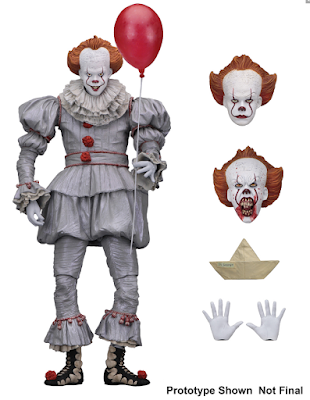 Once again social media has improved my ability to bring you pictures of the new stuff shown at Toy Fair. Most toy companies maintain some sort of presence on Instagram or their own blogs online and seem to recognize the importance of showing their new products directly to potential consumers. I don’t know if this means the collectors’ market is more important than ever or if it’s simply evolving business, but whatever the reason I’m glad it’s happened.

As always I highly recommend you follow Action Figure Attack on Facebook and Instagram for some excellent press photos. Toy Ark once again provided thorough coverage and is the site we used for reference to record this Friday’s Toy Fair episode of the Needless Things Podcast. For the full list of links to Toy Ark product pages, click here!

It is time again to gaze in wonder upon the magic and marvels that the toy world will be unleashing upon us over the next year or so. That’s right, Phantomaniacs - the New York International Toy Fair happened last weekend, and I am ready to deliver the highlights of the show!

Reveals didn’t seem to start as early this year, but once they started they stayed strong all weekend long. Rather than one standout, I had several contenders for most impressive company this year. There’s very little in the way of innovation, but mixing classic licenses with vintage styles seemed to be quite the fad.

Read on to see some of my favorites from the show and of course, listen to this Friday’s episode of the Needless Things Podcast to hear me, Ryan, Jay, and Josh discuss all of the hottest reveals!

This year, rather than doing a huge mega-post I’m going to dole out bite-size posts focusing on small groups or individual companies. NECA is one of my favorite companies and always has some exciting reveals, so let's check 'em out!

NECA has become one of the most internet-friendly companies. Every year they do a great job of providing official pictures of their Toy Fair/SDCC/whatever offerings.
I have to admit that they were a little light on exciting reveals this year, but there’s still plenty of stuff that’s going to put a dent in my wallet. 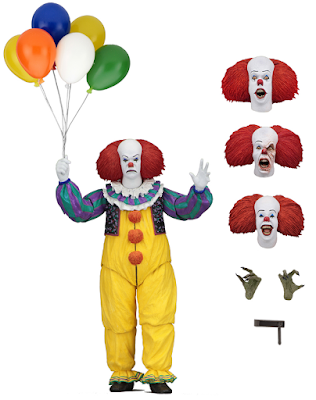 NECA is releasing two flavors of everyone’s favorite psychopomp – classic and new. These seem to be Ultimate-style – meaning they include tons of accessories. I’m glad NECA is embracing that box set type of figure rather than giving us a bare bones version and then revisiting it years later.

Both clowns come with multiple heads and hands, as well as appropriately-colored balloons. 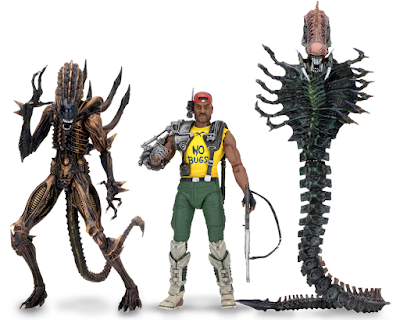 The Kenner-inspired waves have been some of my favorites and this one is no exception. Apone looks just right and, unlike the Kenner Ripley is not a store exclusive. The snake Alien is one of the creepier varieties, but I’m not sure I trust NECA to engineer it well enough to stand up like that. The Scorpion Aline, on the other hand, rocks me like a hurricane.

Kenner’s original Scorpion was the first Alien figure I ever owned because it was the one that looked the most like a regular Alien. I can’t wait to get NECA’s version. 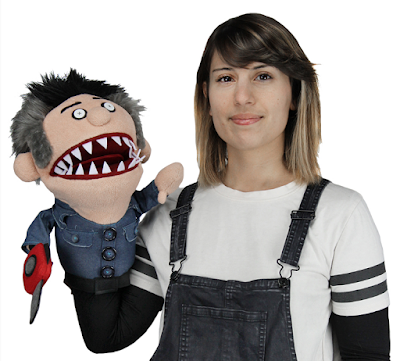 This is a pretty easy re-tooling (re-felting?) job. Although I’m pretty sure this puppet was possessed the whole time, fangs or not. I’ve already got the regular release and it’s excellent – a must-have for any Evil Dead fan – but I don’t think I feel the need to have two varieties of this guy. 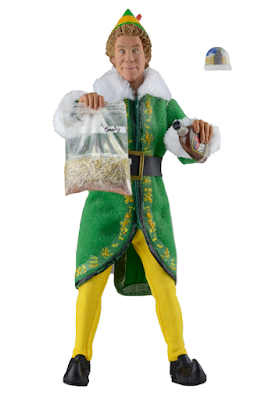 From the greatest Christmas movie of all time and one of the best family movies ever in general! My family loves Elf. We watch it at least once every year at Christmastime. It’s incredible to me that Jon Favreau was able to create such a magical movie that fits right in with all of the traditional favorites. It’s nice to have a modern comedy that I’m not embarrassed to watch with my parents or my son.

Buddy will be the ONLY elf on a shelf in the Phantom Zone. 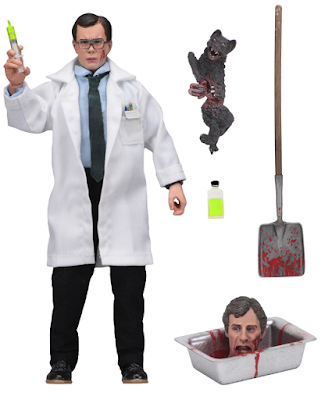 NECA revealed this figure before Toy Fair, which I’ll admit left everything that happened over the weekend feeling somewhat anticlimactic. This is the Re-Animator figure I’ve been waiting years for and I can’t believe that NECA actually got the license to do it. There have been many false starts on a Dr. West over the years, but it seems that this one might actually make it to retail.

The Jeffrey Combs likeness is tremendous and the included accessories couldn’t be better. I can’t wait to bring this home later this year. 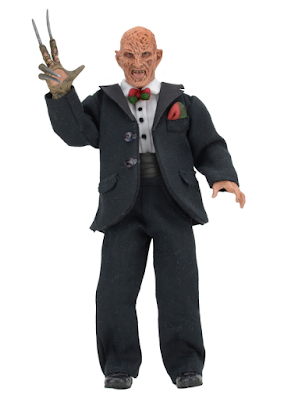 There are too many Freddy Krueger figures in the Phantom Zone already, but what are you gonna do? How could you possibly pass up Freddy dressed to the 9s? 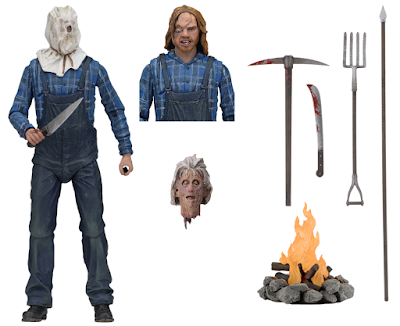 Sack head Jason has grown on me in recent years. I used to be all, “No hockey mask, no sale” which is why I missed out on NECA’s retro Part 2 Jason. Now I’m happy to see something so different – not just the burlap sack mask, but the overalls that are a nice change from the grey pants and green shirt that every other Jason seems to have.

As with all Ultimate releases there are a ton of accessories, but the best by far has to be Pamela Voorhees’ shriveled head. 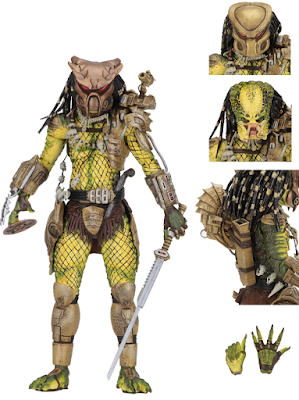 This is a younger version of the Elder Predator that gives Danny Glover the flintlock pistol in Predator 2. Dark Horse released a comic book detailing the story of how the Predator got that pistol (because of course they did) and now NECA is releasing it as a figure. I’m good with that. I don’t buy all of the Predator variations, but I certainly appreciate their existence.

I sure would like a Danny Glover figure, though. Maybe for Predator 2’s 30th anniversary in a couple of years.


That's all I've got for now! I'm sure there's plenty of news that I didn't come across over the weekend or neglected to cover, so be sure to tune in to this Friday’s Needless Things Podcast for even more Toy Fair goodness!