Days of the Dead Atlanta

It took some doing, but I was able to secure myself a press pass for Days of the Dead which will be taking place at the downtown Sheraton February 2-4. Actually, I got 2 passes so Mr. Tibbs will be coming too so that he can take pictures for me (I'm terrible at getting pictures of the cool stuff I see. I can take notes or take pictures. I'm not great at doing both), and he'll allow more "divide and conquer" than I can do on my own. I may have to start doing this at Dragon Con if it works out well. Days of the Dead is a horror based convention that's been happening every February for several years. It's been a long time since I've been, but really enjoyed it, and thought I'd try my luck at getting in as press. It worked, and now I'll be able to tell you about all the great things you missed (in case you can't come) and things you might miss if your plans and panels don't match up with mine. Not everyone who will be appearing has a panel so I'll break this up into 2 parts. The people, and then the panels or events I want to see.


Let's start with who's going to be there that I particularly want to see. 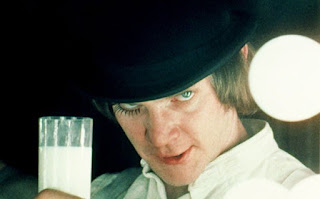 Malcolm McDowell
Yes, he was in A Clockwork Orange, Caligula, and the rebooted Halloween movies. But he's certainly done many, many other movies over the years. I happen to be one of probably 5 people alive who liked Tank Girl. The other week one of the premium cable channels had a Star Trek movie marathon, and my dad and I watched the last half of Star Trek: Generations. I'd forgotten all about him being in that, so had also forgotten the old man fight that takes place at the end between McDowell, Shatner, and Stewart. This also led to a revival of the age old argument of who was the better captain. I'm still firmly on the side of Picard. It doesn't matter which of his 262 acting credits you choose; Malcolm McDowell has been in something that you liked.

Ralph Macchio and William Zabka
I can think of little horrifying about The Karate Kid (unless you think about how awful Daniel-san was to everyone. Listen to Schweck go off on what a bully he is sometime, and you'll never look at this movie the same way again), but if you grew up in the 80's you at least know the movies. Zabka was also a bad guy in the 80's classic Back to School, and starred in both Python movies so maybe he's our horror connection. There's a Cobra Kai series coming out soon which I assume they will be giving more information on. I've heard it's going to be a comedy so I'm definitely interested in hearing more. 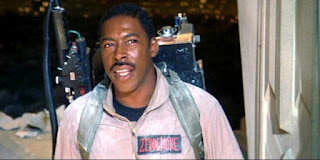 Ernie Hudson
Most notably from Ghostbusters and The Crow. I still enjoy both movies, and have always just generally liked him. He was in one of my favorite crappy 80's sci-fi movies too. If you haven't seen Spacehunter: Adventures in the Forbidden Zone you should do so. If for no other reason than it has Ernie Hudson and Michael Ironside. Oh and Leviathan and a few episodes of the new season of Twin Peaks. He's been in a ton of stuff, and is certainly worth checking out.

C. Thomas Howell
Hear me out. He was in The Hitcher, and Red Dawn, and Soul Man. In the last 10 years he's also done a bunch of SyFy channel type movies, and those used to be a lot of fun. I mean he's not at the top of my list or anything, but he's someone I've never seen at a convention before so I think he's worth a look. 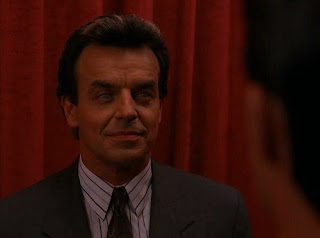 Ray Wise
You might remember him best as Leland Palmer in the original run of Twin Peaks. He was downright terrifying in it too. But that's not the only reason to see Ray Wise. He was in Swamp Thing, Robocop, he played the devil in a TV show I liked called Reaper, and lent his voice to the recent Batman: The Killing joke (which I did not like). After being so freaked out by him in Twin Peaks I don't know if I could talk to him in person, but he's probably one of those people who plays bad guys really well, but is super nice in real life.

Heather Langenkamp
The Nightmare on Elm Street movies are pretty much the only things she's known for, but I love those movies. True, she wasn't in The Dream Warriors (which is my favorite installment), but she was in many others. I for one, would like to hear just how badly those movies messed her up. I can't imagine that she didn't walk away with some kind of weird phobias. 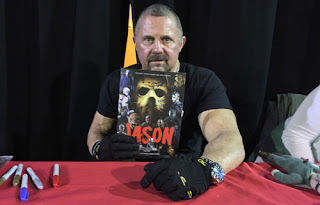 Kane Hodder
He's been in a bunch of horror movies, but I will always associate him with Friday the 13th. He played Jason in 4 of the movies including my favorite, Jason X. I will not defend myself here - I love it. We were listening to the How Did This Get Made episode of Jason X, and they mentioned that Kane Hodder wanted to do Freddy vs. Jason for years. When it finally happened he wasn't cast as Jason. That makes me a little sad for him, and I want to know how he feels about it.

There are also going to be several wrestling personalities like Shawn Michaels, and "Mean" Gene Okerlund. I'll stop by for some of the old school guys, but I haven't really been into wrestling in at least 10 years. I know that tons of people still are, and their inclusion will be a welcome breath of non-horror for everyone.

Now onto the panels/events I'm looking forward to. 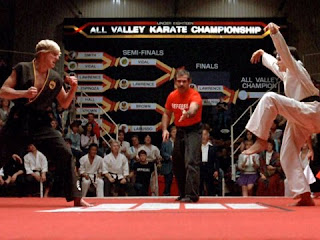 The Karate Kid panel
As it will also have the guy who played the leader of Cobra Kai I assume this panel will mostly deal with the first movie as well as get into more about the upcoming series. It will be on Saturday at noon, but I don't know if you can get out of it in time to make the Malcolm McDowell panel at 1. You may have a tough choice to make.

Malcolm McDowell panel
If you skip the Karate Kid panel you can get in line for a good seat. If you don't you'll have to take your chances with standing room only. This may be a good time for Mr. Tibbs and I to split up. I want a good seat for Malcom McDowell dammit!

Ray Wise panel
Is Friday at 7pm, and there are several panels back to back that night that I want to see. The great thing about this taking place all in one hotel is that you should be able to run pretty easily between panels. Especially on Friday night. I can't imagine things get too crowded and crazy until Saturday. So go to see Ray Wise and then immediately run over to...

The Jason Takes Manhattan panel
Not only will Kane Hodder be there, but also several of his co-stars. I haven't seen this movie in a few years so I'll need to give myself a refresher beforehand. I know I liked it, but it's been way too long for me to have clear memories. With that many movies sometimes they run together when you're out of touch for a while. Then you can run along to... 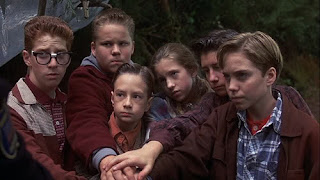 "IT" Past and Present panel
This will feature kids from the new movie as well as several people who played the kids in the 90's version. I'd be interested in hearing thoughts on both versions from those who still are kids and from those who were kids when the original was made. That gives you just enough time to hit the big event of the night...

The Dirty Dirty Con Con Game Game Show Show
I swear to god that name is just too unwieldy not to abbreviate. Anyway, the DDCCGGSS crew is bringing the Dragon Con hit show to Days of the Dead for the first time. I'm sure Dave and company have some exciting, scary, and sexy things planned. I don't know what they might be yet, but I wouldn't be allowed to tell you if I did. If you've never seen the show before or even if you've seen it at Dragon Con you should definitely go. You won't regret it, except for maybe the things you can't unsee. 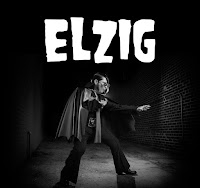 Elzig and The Casket Creatures
They're both playing Saturday night starting at 10pm. I remember the last time I went to Days of the Dead there wasn't much of a nightlife going on. Looks like that's all changed, and these guys are plenty of reason to stick around late. I've never seen either band, but have heard great things about Elzig. The Casket Creatures played at a bar literally 5 minutes from my house back in October, and I had to miss it because of my damn job! Ryan Cadvader probably already thinks I'm an asshole for not seeing his band sooner after we met at Dragon Con last year so I can't miss this one or my asshole status will be firmly solidified. I'm glad that I finally have the chance to see them, and in a much larger venue.

There's also an independent horror movie track with intriguing titles like I'm Dreaming of a White Doomsday, Space Babes from Outer Space, and something called Terror from the 80's. They're taking 2 mystery movies and giving them a 35mm treatment to give them a retro vibe. There will also be surprise celebrity attendants so it will be worth checking out just to see what the movies are, and who shows up for them.

There are many other celebrities and panels, but these are the ones I'm most interested in seeing. Dave will also be doing his "Toy Stories" panel with a horror theme on Saturday. I know he'll do his own post about it so I might stop by, but I'll probably keep it moving. Nothing against him or his panel, but I'm just not a big toy collector. It'll probably be fun though so you should bring some toys and check it out. If you want the full breakdown go to daysofthedead.net/atlanta/. You can also buy tickets there, and if you hurry you can get them cheaper than at the door. See you spooky people in a few weeks.