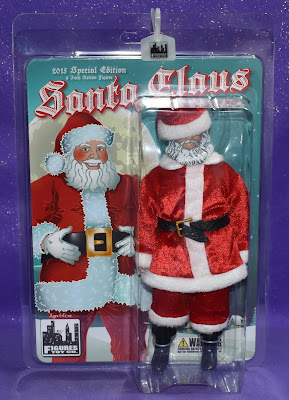 I don’t think it will surprise anyone to learn that I absolutely love Santa Claus.

I value the Christian roots of the holiday and am a big fan of the Jesus story. Yes, I am aware of all of the pagan stuff and that’s great, but I don’t care. It’s not part of my fandom. But I’d be lying if I said that the Santa Claus idea wasn’t the most exciting part of Christmas for me.


As a kid, I wasn’t looking forward to going to church to listen to people sing long, boring songs or deliver long, boring speeches. Nobody wants to sit on a pew for two minutes, much less two hours. Now that I’m older I do enjoy some of the more spiritual songs when they’re done well, but when I was a kid all I wanted was “Jingle Bells” and “Santa Claus is Comin’ to Town”.

What you might be surprised by is the fact that this is the first Santa Claus action figure I’ve ever owned. I’ve had other characters dressed as Santa – Spawn, Homer Simpson, Jack Skellington – but I’ve never owned an actual Santa. Not even the one from The Nightmare Before Christmas (the logic there being why would I buy a “human” dude when there are so many awesome monsters?), though I do have one now.

Figures Toy Company released this pleasingly traditional Santa Claus two years ago and I should’ve bought it then, but what matters is I have one now. 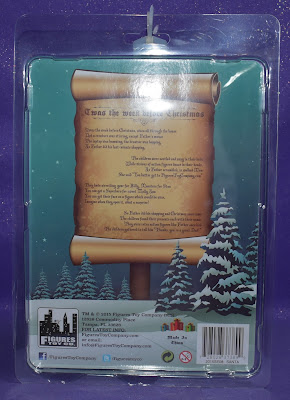 Normally I hate clamshells. You know this. But FTC does them oh, so right by making it a resealable deal with a branded zip tie securing the top. Once you snip that zip you can open and close the package as many times as you want with no fear of injury. Unlike some other clamshells.

The card art is… okay. The field of snow and the moon behind Saint Nick are great. I love the font they used. The illustration of Santa himself is okay, but weird in the face. I’m not expecting a Drew Struzan masterpiece or anything, it just looks kind of computer. His rosy cheeks are nice.

The back features the most incredible update/revision of ‘Twas the Night Before Christmas that I’ve ever read: 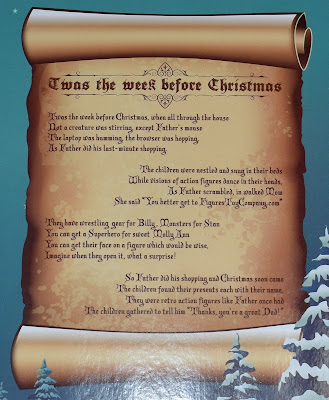 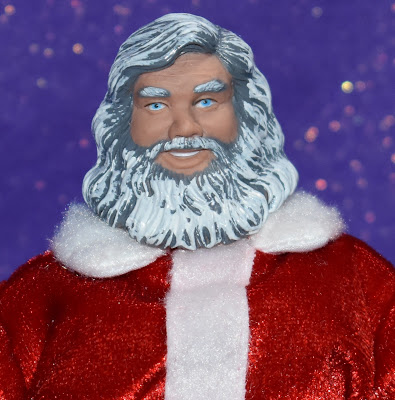 Santa’s face is appropriately bearded and kindly. The round cheeks and big smile look great, and his baby blue eyes are fairly twinkling. The paint is all well done, but I would’ve used a lighter grey or maybe even silver for the wash on the hair and beard. I like that this is long-haired, free-wheeling Santa and not one of those weirdos with a big huge beard and a conservative haircut. Watch any of the Rankin Bass features about Santa’s origins – this guy is a rabble-rousing renegade, not some square! 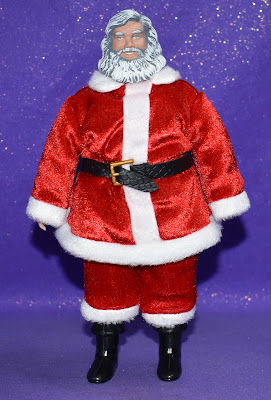 Santa’s body is the standard issue Mego style body that FTC uses for its retro figures, but padded out to mimic Claus’ trademark “bowlful of jelly” physique. The effect works well, though if you raise his pant legs at all you see this guy has been skipping leg day. Thanks to the padding and the inherent limitations of the Mego body design, Santa doesn’t do a whole lot of posing, but what, exactly, do you need jolly old Saint Nick to do other than stand there looking, well, jolly? And this figure does that quite well. 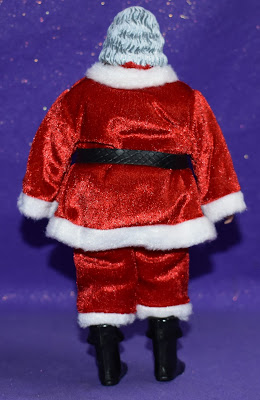 The suit is beautiful. FTC went with a nice, sturdy velvet-like material rather than just a plain felt. It looks wonderful and is fun to feel. Never underestimate the importance of textures when you’re making toys. If I had Santas when I was a kid, anything with a boring suit would have been tossed to the side in favor of this guy’s fuzzy adornments. 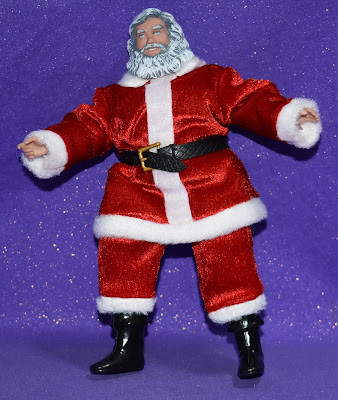 Speaking of fuzzy, all of the white trim is a soft, fluffy material that feels like a slightly nicer quality than it had to be. It has more fullness than the suit material and is brilliant white, so it stands out wonderfully against the vibrant red.

I think that’s the thing that drew my eye at first – just how bright the colors are. I’m very happy with the fact that they went with almost over-the-top hues rather than toning things down at all.

I do wish he had some gloves or mittens. Those bare hands don't seem right to me. And don't match the box art, though in all honesty that's kind of a trademark of retro toys. 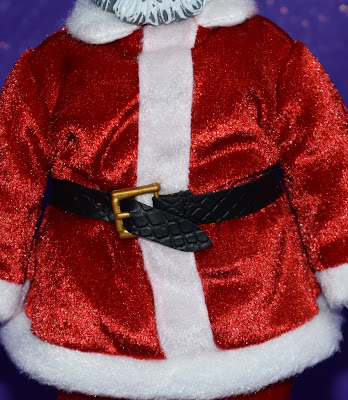 Santa’s belt has texture, too. There’s a pattern that evokes leather that is much more than the standard plain straps you’d see on a toy in this scale. The buckle is gold plastic and is gimmicked in a cool way that I’m not going to try to explain, but will just say it looks nice. 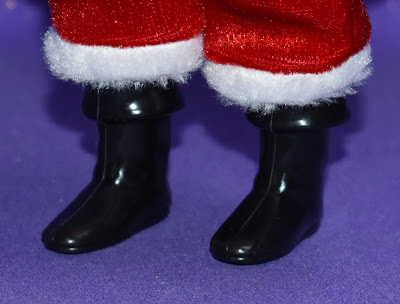 Santa’s boots are pretty standard fare for this sort of retro toy and in all likelihood were repurposed from a pirate or something. They look just fine. 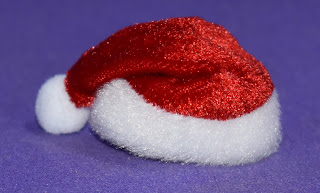 Santa comes with his signature hat. 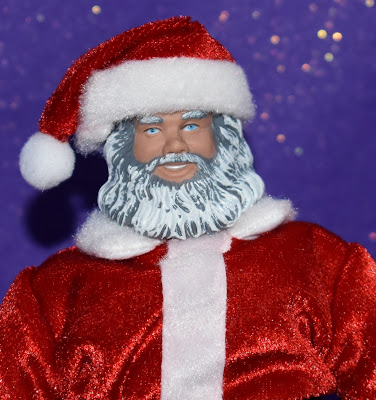 This hat is remarkable in that it’s soft goods but looks exactly like it should and stays on Santa’s head fairly well. I think most companies might have opted for a hat that was either plastic or a permanent part of the head piece. FTC figured out a way to give us a hat that has the right shape and weight and also matches the materials of the Santa suit. It’s wonderful. 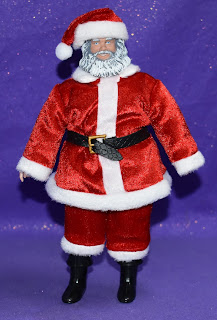 This is a wonderful Santa Claus action figure. If you’re a fan of retro toys and of Christmas, you absolutely need to own this guy. He’ll bring the jolly to your shelves!

Buy one from Amazon now and help out Needless Things!: