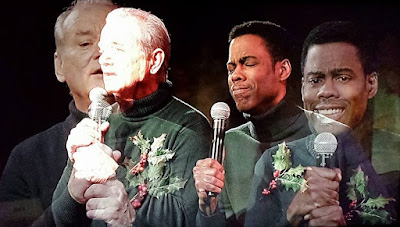 I’m not a lunatic about it like Mick Foley where I listen to it all year, but songs about the Christmas season – and the holidays and winter in general – bring joy to my heart this time of year.


As I mentioned in a post last week, I’m in the thick of my holiday listening. Aside from keeping up with a couple of podcasts, I’m listening to nothing but Christmas hits. From Johnny Cash to Reverend Horton Heat to George Michael to newcomer (to my playlist) Gwen Stefani, I’ve got over five hundred holiday tunes on random in the Phantomobile.
Obviously there are plenty of different versions of holiday favorites like “Jingle Bells” and “White Christmas”. While I love them all, the other day I got to thinking about which versions of the classics are my favorites. Like, if I had to put them on a CD with limited space rather than a bazillion gigabyte flash drive, which ones would I choose?

In the interest of limiting the length of this post, I’m going to use enough tracks to fill up an album, going by the average album length of 45 minutes that I just made up. In reality if I was doing this to put on a CD I’d fill it up to 80 minutes or whatever, but in this case I think I want to keep it strong and tight.

Of course, in order to start I have to determine the songs that I want to include. There are certain songs that I love, but that only have one version or artist that they can be attributed to, like Mariah Carey’s “All I Want for Christmas is You”. For the purposes of this post, I’m sticking to the traditional classics that have dozens of versions.

In order to start, first I have to determine which songs to include. Here’s my list of holiday essentials in no particular order:

Here are my favorite versions of each of those songs:

Jingle Bells – Gwen Stefani – Her album, You Make it Feel Like Christmas, just came out this year, so it’s a new addition to the playlist. Even so, her rendition of “Jingle Bells” is just fantastic. It has a powerful, big band-type feel that Brian Setzer could be proud of, accompanied by thumping bass drums in the chorus that make me want to get up and boogie. It’s a tremendous opening track to a mostly great album.

This track could be benefitting from a bit of a halo effect, but it’s still a fun, energetic version that I’ll be enjoying for years to come.

Santa Claus is Comin’ to Town – The Jackson 5 – Nothing can top Michael Jackson’s palpable enthusiasm as he songs this song. His golden voice makes you believe that Santa Claus is coming to town, no matter your age or denomination.

White Christmas – Bing Crosby – This is the song I most associate with the king of crooners. The Christmas season simply hasn’t started until I’ve heard this perfect rendition of Irving Berlin’s holiday masterpiece.

O Holy Night – Martina McBride – You’d be right in thinking that this country artist isn’t exactly in my wheelhouse, but her version of the French carol is moving and powerful. I don’t think I can name anything else McBride has done, but her vocals make this already powerful and emotional song an unforgettable experience.

Rudolph the Red-Nosed Reindeer – The Temptations – Do I even need to explain this one? This is the coolest version of a traditional Christmas song that has ever been recorded. I am not a vocalist and I have no range whatsoever – certainly not enough to encompass the lineup the Temps boasted – but when I’m alone and this song comes on I do my best to sing every word.

Note: CALIFORNIA RAISINS. It seems insane in retrospect, but the talking and singing mascots of the California Raisin Commission (or whatever) were MASSIVE in the 80s.

Winter Wonderland – Stryper – The version of this song that appears on Monster Ballads Christmas is one of my favorite holiday songs, ever. Plenty of the songs on this compilation are surprising coming from the artists that they do, but it’s particularly surprising that Stryper would contribute a mostly secular song to an album that is ostensibly devoted to Jesus’ birthday. Either way, it’s fantastic. As an added bonus, the live recording was done in Atlanta! 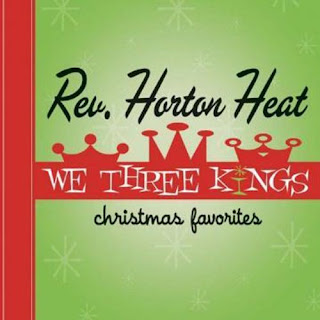 Frosty the Snowman – Reverend Horton Heat – There are many great versions of this song, but the Rev throws a little extra stank on the instrumental portion and delivers a rendition that makes Frosty seem like a cool – pun intended – rabble rouser.

Have Yourself A Merry Little Christmas – John Denver & Rowlf – I was forced to take piano lessons when I was a kid and I hated it (but I sure do wish I’d stuck with it). Despite that, I had an affinity for piano-playing characters like Schroeder from Peanuts and the Muppets’ Rowlf. Beyond that, this is just a simple and low-key version of the song with John Denver’s soulful voice and Jim Henson’s gravelly portrayal of Rowlf.

Carol of the Bells – John Williams – John Williams' arrangement of this Ukrainian carol is beautiful, powerful, and oddly fist-pumping. It's the music that accompanies Kevin's race home and preparations to deal with the Wet Bandits in Home Alone and it couldn't be more perfect.

12 Days of Christmas – John Denver and the Muppets – I didn’t want to use the same source twice on this list, but this is the version of this song. Between Miss Piggy’s increasingly boisterous delivery and the fact that all of the major Muppets characters are included, this is a holiday song that transcends the fact that it’s someone singing a list of completely insane Christmas presents. Or maybe embraces it. I’m not sure.

Deck the Halls – Twisted Sister – Dee Snyder and company turned one of my least favorite carols into a rousing, fist-pumping anthem. The entire A Twisted Christmas album is awesome, but this song makes me want to dress as Santa and crowd surf over some elves.

The Christmas Song (Chestnuts Roasting on an Open Fire) – Nat King Cole – I had to look this up to find it out, but it turns out the version I prefer is Cole’s second recording of the song, with a small string section but not a full orchestra. The latter is the more popular and best-known version, but is a bit too much for my taste.

Run Rudolph Run – Chuck Berry – As much as I’d like to claim the version by Lemmy, Billy Gibbons, and Dave Grohl is my favorite, nobody has ever beaten the original. Berry’s vocals and guitar are just beyond compare.

Sleigh Ride – Miley Cyrus & Bill Murray – From A Very Murray Christmas, this version has joy and sass to spare. I love the way these two interact and how it’s a little flirty but not uncomfortable. Something about Cyrus’ voice is just perfect for this tune. Plus, you’ve got George Clooney making martinis in the background.

Note: If you haven’t watched A Very Murray Christmas, you really should. It’s a new annual tradition for me.

You’re a Mean One, Mr. Grinch – Mojo Nixon and the Toadliquors – Not even Thurl Ravenscroft conveys the extent of the Grinch’s Grinchness as well as Mojo, who manages to slather an extra-thick coat of disdain on the lyrics. Towards the end of the song you almost feel that just talking about the level of the Grinch’s awfulness is exhausting.

Jingle Bell Rock – Hall & Oates – It was a tough choice between this and Bobby Helms’ original version, but there’s something just a little more joyful and funky about the more recent version. Funky isn’t the right word, but it’s the closest word I can conjure to represent the fun and wackiness of 80s music. This version’s appearance on Beavis & Butthead doesn’t hurt, either.

Here Comes Santa Claus – Elvis Presley – There’s a sweetness to the King’s version of this song that just warms my heart. It wouldn’t surprise me one bit to discover that it was recorded while he was literally singing to a roomful of children.