It's the Least Wonderful Time of the Year 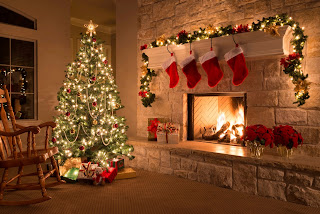 It’s one of those weeks where I don’t know what to write about. This happens sometimes. It isn’t really writers block, it’s just that nothing has jumped out at me lately as being something I need to talk to you guys about. It's mainly the fact that I work in retail, and it’s a very busy time of year for me. Not only am I physically exhausted, but my brain is pretty much fried. And not to make excuses, but it’s at least part of the reason that I don’t like Christmas as much as everyone else seems to. That does make me a little sad since I loved Christmas way back when. But then I don’t have any kids, and have never been a particularly festive kind of person.

So what’s my damn problem? Well a lot of it really has to do with my job in retail. I’m not even in customer service. I work in store operations, and have very little interaction with psychotic shoppers. There’s just a lot of stuff that goes along with it that has compounded over the years to make me kind of Grinch-y. Or a Grumbledick, as some might call it. 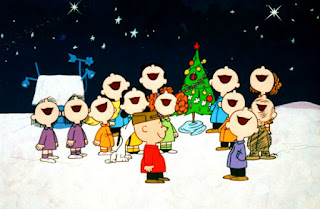 Like the music. We spent every Christmas Eve and Day at my Aunt and Uncles’ house when I was a kid. My Uncle played Christmas oldies all day every day non-stop. Once I was old enough to be allowed to have my own life, and choose where I spent my holidays (which was older than you would think. I have a very demanding family) I stopped going. If I never have to hear Bing Crosby again I will count myself a lucky woman. Sadly, there is no escape even if I don’t leave town. Every store in the world is inundating us with Christmas music starting the day after Thanksgiving. My office has a speaker in the ceiling that filters in music from the mall. On December first I got out a 10 foot ladder, pulled the speaker out, and cut the wires. I then screwed it back into the ceiling with no one the wiser, but my life a lot more peaceful. This will be great all through the year though since I won’t have to hear Journey anymore. And no, updated Christmas standards by contemporary artists are not any better. 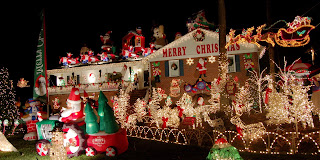 Oh, and something else we have to put up with the day after Thanksgiving: tacky decorations. I don’t mind your ironic inflatable Santas, but houses covered in blinking lights makes me think I’m going to have a seizure. They do not make me feel festive. I also find the colors in general kind of tacky. Green and red? Yuck. Jewish people have their decorating together. The Hanukkah silver and blue is beautiful. I’d convert except that I’d still have to look at all the green and red shit anyway. I haven’t put a tree up ever (no matter how many people have given me ornaments over the years). The reason is threefold though. I don’t like temporary decorations, I don’t like wasting money, and I have two cats who are nearly as destructive and high maintenance as toddlers. There is a woman I work with who loves to decorate though, so when she drapes my desk in junk I leave it up. It’s easier not to fight some things. Though she did at least get me something Star Wars this year so it could be worse. 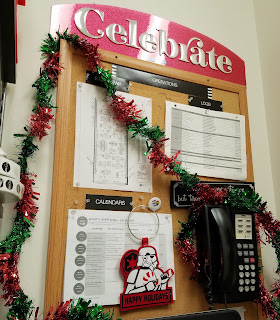 There’s also the ridiculous consumerism to consider. This is just one (of many, many reasons) that I’m glad I don’t have kids. iPhones, and $200 American Girl dolls, and other stupid expensive toys that young ‘uns seem to NEED these days are insane. If I can’t afford to get an Xbox One X then you sure as shit wouldn’t get a $600 phone. I also hate that thing where you don’t get someone a present, but they get you one so then you feel like shit. You then go get them something even if you can’t afford to. Christmas shouldn’t be about obligation. I shouldn’t have to have a stash of “back-up gifts” in my closet to be ready for that. I did empty out the closet last year, and now make things for people that I want to give something to, but can’t afford to. I’m not cheap, it’s just that I have a lot of friends and family. $25 each for 30 people is $750. It doesn’t seem like a lot in $20 increments, but that shit adds up fast. Also, no one has ever turned down my homemade peanut butter fudge. 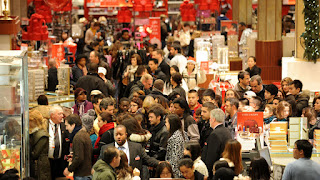 And people can just be so damn rude. Driving like maniacs, being bitchy, scams galore. Of course, that’s the whole year these days. It just seems like the real spirit of the season has gone out the window. What happened to peace on earth and good will toward men? I literally had a man scream at me a few years ago at Kroger on Christmas Eve because he mistakenly thought that I was trying to cut in front of him in the insanely long line. I was simply trying to reach around him for something I wanted, but that sure didn’t stop him from losing his fucking mind at me. The other customers in line jumped to my defense, so that was something at least. 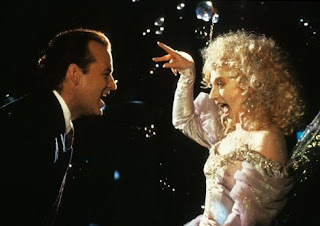 I do like some Christmas movies like A Nightmare Before Christmas (which can also count as a Halloween movie, but I usually watch it at Christmas), Scrooged, and Love Actually (because I’m a big girl sometimes). See, I’m not a total Grinch. Just mostly I guess. So go make your house really gaudy if you want, but don’t spoil the ever loving shit out of your kids (to the point where they grow up thinking they're entitled to everything their greedy little hearts desire), and try really hard to be nice to people. Maybe then I can get back some of my holiday spirit.