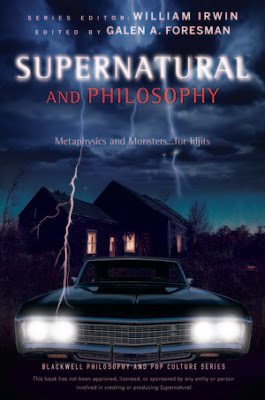 Hi.  My name is Christina.  And I’m addicted to essay books.

Yup.  I am admitting it freely. I have an extreme and downright obsessive addiction to essay books.  The Buffy scholars have filled the world with them, every TV show and movie worth its salt has them.  I can’t get enough of this non-fiction delve into the psyche of characters, breakdown of episodes, and understanding of how certain tropes speak to a need for feminism, industrialism, or whatever “ism” that the writer is trying to describe.  Whether or not I agree with any view, I just can’t get enough of exploring them all.  So the question I imagine you are asking is this:   What is an essay book and what has she been babbling about for an entire paragraph?


We geeks and nerds are a unique crew.  We watch, play, and build.  We interact with our own (and sometimes not our own, if they tolerate us.)  We collect.  We discuss.  All of the former examples of geekdom are normally pretty civil.  Well, unless you count the “play” aspect and have sat in on a Settlers of Catan game or watched a Magic game the second a player on a winning streak gets hit with Fog and then overran by a horde of zombie tokens.  Things get nasty then.  The former description-discuss-is what I’m focusing on.  We get heated in our defense of characters.  Yes, we realize (most of us, anyway) that there is a line between fiction and reality.  Yet we will defend a character’s position, personality, or actions.  We will defend our belief that an episode of one season is the best of all over another person’s belief, and “let me tell you why.”  We will argue to the death that one show in the same genre is better than another and spend exhausting hours practically writing up a court-worthy defense to prove our point on this statement.  In all honesty we don’t just discuss; we go to verbal war.  That, my friends, is why essay books are fabulous.  Educated people from various walks of life giving their points of view on various aspects on fandoms in a calm manner to give you a new way of looking at certain characters, places, or events.  And the best part?  You can argue all you want with the book, but it isn’t going to argue back.  Ain’t life grand? 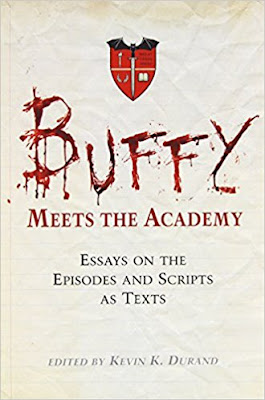 Of the various essay books I have read the contributors are from every walk of life imaginable.  I have gathered a collection of these tomes with essays from college Professors, psychologists, philosophers, screenwriters from the shows/movies discussed themselves, creators of game software engines, the creators of some of the largest fan sites in the world, and in some cases even the actors themselves have contributed an essay to discus their characters.  No one’s opinion is right or wrong; everyone simply offers a unique outlook on various aspects of the fandom they are writing about.  The amazing thing about these works is that you not only get to see the subject of their discussion through the fresh eyes of someone that you don’t know, but from someone that has a certain area of expertise that can give the subject itself a more valid action/consequence/reason than you previously wouldn’t have recognized.  When a martial artist writes an essay discussing the details of fight scenes and doesn’t debunk every trick used, but breaks down for you what, for example, Buffy could have and could not have used realistically?  You will stop and think “Huh…I never thought of that before.”  If a sufferer of PTSD writes a defense of the actions of Cole Turner in Charmed when he becomes human, feeling lost in a world where he can’t fight anymore and can’t seem to control himself, you take stock of that opinion.  When a Psychologist breaks down Buffy’s sister, Dawn and her kleptomania, you think that maybe there was more to her behavior than just being an annoying and bratty character we all couldn’t stand.  These people are all dedicated to the fandom that they write about.  They appreciate its value and its beauty, what it has done for them and just how awesome it is.  But, the subjects that they write about in each essay weigh in on areas that usually lend more toward their area of expertise be it writing, fighting, graphic design, psychology, etc.  This gives you a very interesting read and a fresh look at something you wouldn’t have thought twice about otherwise.  I guarantee that you will want to re-watch whatever TV show episode or movie you are reading an essay book about after finishing it because what you have read will possibly make you rethink things so much that you will want to see it all again with those fresh eyes you were just given. 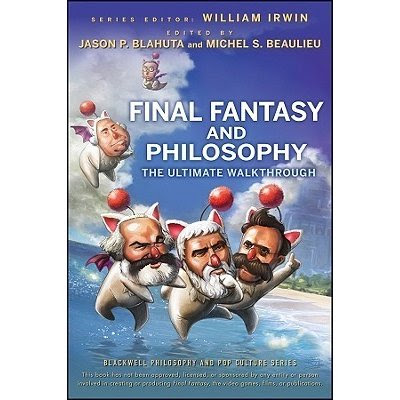 Another benefit to these books is the various compilations that exist.  There are essay books specifically from academics, on psychology, on philosophy, fan bases submissions, or a general hodgepodge of all of the above.  They will usually be categorized into the fandom of choice, but you will find various options to choose from for a little “light reading.”  The Buffyverse for example, has what I consider the most vast array of options on essay collections.  A book on the heroine aspect, a book devoted strictly to the dark aspects of the last two seasons of the show, one full of essays strictly by academics (some of whom actually teach courses in college in which they use episodes of Buffy as course approved work,) etc.  These are some examples of books in my personal collection that I have and that I have thoroughly enjoyed.  As far as the psychology and philosophy, there is an entire And Psychology/And Philosophy series that works with every possible video game, movie, and TV show known to man.  Batman and Psychology, Final Fantasy and Philosophy, Spider Man and Psychology, Metallica and Philosophy, Star Trek and Philosophy, etc.  Not kidding, people.  They are a gold mine.  I mean really…the Batman and Psychology book alone should make you want to start reading these things.  Imagine the Doctors diving in to that man’s head! 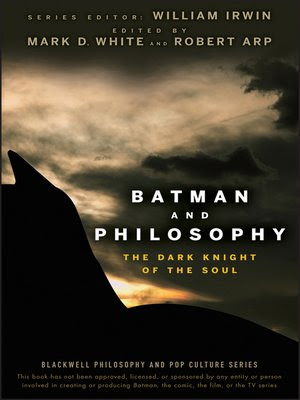 You saw the title of this piece, so most of you are thinking “Exactly how does this tie in to panels?”  Well, think about it.  Take DragonCon, for example.  Fan discussion panels are a very big thing at the Con.  We have our concerts and our art shows, our masquerade contests and our celebrity panels, but we also get our geeks in a room, have a table full of guest speakers that specialize in various areas, and they talk about the topic of the panel at length and in great detail.  I have sat in on a panel as a physical sciences expert with a NASA engineer, a Marine Corps test pilot, and a medical Doctor, discussing the science behind the Avengers and S.H.I.E.L.D.  I have sat on a Buffy/Angel panel discussing that grey area between when the monsters are less the monsters, and the humans can be more than vile.  I have sat as a writer and discussed adult content in genre shows like Burn Notice, Arrow, Game of Thrones, and Reign, discussing with other like minds what is appropriate as it is “part of the world that we must accept,” what is too far, what was well done/handled, and what should be looked at from the perspective of more research on the writer’s part for more scene realism.  We sit on these panels because we love our fandoms and we love the areas in which we have the knowledge that we possess and want to share this with others.  These people that sit in on these panels, as well as the fans that sit and listen, ask questions, and engage in healthy and stimulating debate?  These are the people who either read these books or should pick them up and give them a shot because the books are a one-sided panel in paper form.  They are a “Con away from Con.”  They are a way to not only give yourself a bit of stimulating conversation (with a book,) but it is also a way to keep your geek spirit alive and keep yourself energized for the next Con.  They can even be a great research and prep guide for any panel that you might be speaking on, because if there is a talking point that you want to bring up or one that you anticipate coming up that was referenced in a recent essay you read, you can study it and make notes for the panel.  I recently made use of one myself for the Buffy/Angel panel that I mentioned earlier, discussing the relationship dynamics of Buffy and their differences in terms of how the writer viewed them not as better men or worst men, but as stages in her growth as a person and as a Slayer.  It never hurts to be prepared and it never hurts to have the words of those who have come before at your disposal, especially if they have made such valid points on the very subject you are going to be discussing that you just can’t help but say, “Well, honestly it reminds me of an essay I just read about this very subject…” 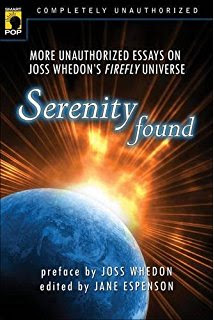 I set aside a budget of one hundred dollars each year at DragonCon just for books only.  I can rarely think of a time that I don’t booths such as McFarland publishing and clear them out of all the essay books that I can.  I have already built a shopping list of new ones that I plan to get over the course of the year.  Not even sorry, bro.  DragonCon is the perfect place to find fandom-based essay books so I tend to gorge on the written word at this lovely place.  I have included the pictures of various favorites or wants that I need to add to my collection for your consideration.  Please consider these lovely options and see which ones tickle your fancy and dive in.  It tickles the need for intellectual stimulation while giving your inner geek and good squeal of delight at the same time.  Hey, you can’t tell someone you aren’t learning something when you read them so it’s a win-win wouldn’t you say?  Please give them a shot; I promise you’ll get as hooked as I am.  Before you know it half of your bookshelf will be full of them and you will end up spending all of your birthday money and Christmas money each year on them.

I…I can stop anytime I want to.  I DON’T HAVE A PROBLEM!