31 Days of Halloween: Zombie LARPing. Can YOU Survive the Apocalypse? 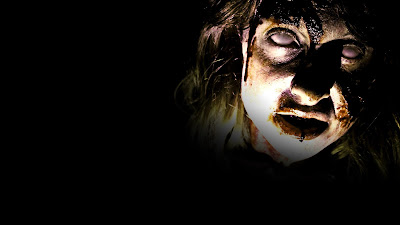 Firefly is a great show.  An epic show.  One of my favorites, in all honesty.  Shepherd Book, played by Ron Glass (God rest him,) gave this quote in the episode “War Stories:”  “Did you ever read the works of Shan Yu?... He said, ‘Live with a man 40 years. Share his house, his meals. Speak on every subject. Then tie him up, and hold him over the volcano's edge. And on that day, you will finally meet the man.’"

Now, I don’t have anything in common with dictators or madmen.  Not that I am aware of, at any rate.  This quote, however, is a very true statement.  People can talk a lot of game, but until you put them through the ringer, you won’t know if they are made of the metal they claim to have been forged by or if they will turn into every scared and sniveling character that Rick Moranis ever played.  With the exception of the FBI dude in My Blue Heaven.  He was freaking scary-cool in that movie, people. 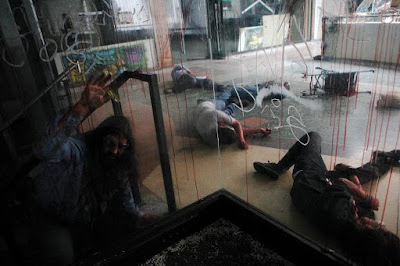 The reality of a zombie apocalypse just doesn’t seem like a feasible thing.  Sorry, folks.  For all those that believe in the possibility, I just don’t see it.  And yes, I am a Zombie Fallout and Walking Dead fan, but that doesn’t change my personal opinion.  Everyone can be proven wrong, however.  This is why you want to know what you can do if things go splat.  Forewarned is forearmed and all that.  These games are the perfect thing for fun, jump scares, a crap load of exercise, and finding out if your friends would scream like a girl or trip you when a real zombie came along in the future.

Every geek of every age wishes that for five minutes that they could step into their favorite show or book.  It’s just what geeks do, no matter the age.  It’s why LARPing exists, people.  So zombie shoot-out larping?  Seriously, how cool is that.  Games are set up all over the world and they vary in size, range of scare, the weapons used, the purpose of the game, etc.  I’m going to talk about a few of them here so you can get an idea of just how interesting (no, let’s face it…the word is “awesome”) these games can be.  But first, a disclaimer.  And no, this isn’t just to cover butts on the site; this is from personal experience.  Pregnant, heart conditions, high blood pressure, or (and this is VERY VERY important) a sufferer of anxiety and/or PTSD and/or Acute Stress Disorder…stay clear of these games.  Watch the videos online, but do not participate.  These are fast paced, high intensity, and unsafe for any of you with the above-listed conditions.  Trust me on this one. 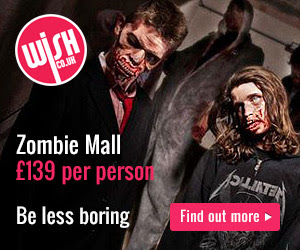 In Reading, England, a condemned mall was on its last legs.  What on earth does a bustling part of England, only an hours’ train ride from London, due with such a public eyesore?  Why they convert it into a Zombie LARP, of course.  This building was bought and renovated, cleaned up to city code, but made to look as post-apocalyptic as possible.  Actors hired and gear bought, and lo…the zombie game was born.  Have you seen the video floating around Facebook of someone wearing a bodycam while running through a building from zombies, parkour jumps galore, while a friends gets eating at the foot of a ladder?  This was shot in that building.  Groups are organized in this building, told in the story mode that they are to retrieve pieces of the virus antidote for the Doctor that resides in the mall’s foyer where you all initially gather.  You are to go through the building, locate the antidote, and take it back to the Doctor.  All during the search you are bombarded with zombies that will either chase you down the mall hallways or jump out behind doorways and plastic sheets.  When you take everything to the Doctor you are bombarded with huge zombie standoff as a horde comes shambling down the hallway, you are your team against a throng of the undead.  The sheer scale of this location is enough to make any die-hard want to try it out.  There is so much to explore and so many places for the zombies to hide that it makes it all the more realistic and more of a necessity to come up with a real plan or a real static or dynamic sweep and clear strategy to get through this place.  There aren’t just shamblers that slither through slowly on a busted leg, either.  Some come barreling at you, screaming like maniacs.  Running down hallways and up and down staircases as you shoot zombies closing in on your tasty looking six?  Say it with me now…cardio. 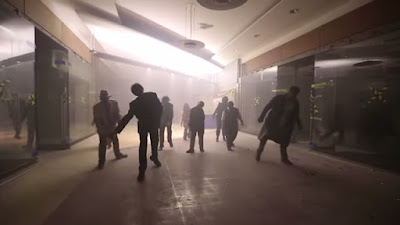 Here stateside we have a traveling zombie game that I personally have tried.  It’s called the Zombie Apocalypse World Tour, and it is worth every penny you spend.  A traveling group, they work with either laser-tag formatted gear on the zombies and guns to match or air soft pellets.  The guns are designed with the exact weight and design of am M4 Assault Rifle with roughly one third the recoil, so if you are not used to a real gun you can get a feel for the heft, but not destroy your shoulder or screw up your shot in the process of being rattled by it.  Many of the zombies are part of the troupe, but they also hire local actors whenever they role in to town to fill in some key positions.

Professional makeup artists are on staff to give good old fashion Walking Dead realism to our undead friends.  You have an option of taking the short game if you feel it’s too much for you to take, or you can opt for their “Black Ops Package” which gives you an entire extra special game/room to play in plus 500 extra rounds of ammo.  I highly recommend this package for the full experience. 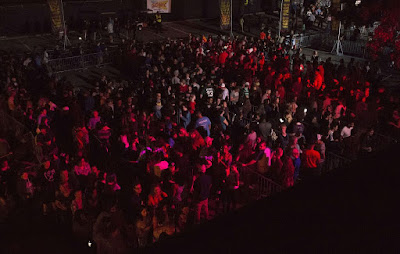 Depending on the location they set up, the layout will be different for the game.  Ours was set up in a standing haunted house fairgrounds in our state.  You go through at your own pace in their game, and as you pass by the zombies will jump out of nowhere, and I do mean nowhere.  This game is all about the jump scares.  It isn’t story mode survival set up; this one is set up to scare the crap out of you.  Zombies will bust through closed doors, from behind bar counters, a child zombie will slither out from underneath a swing while screaming at you…it never ends.  And the worst part is that double-tapping is completely necessary in this game.  Scenario:  You shoot a zombie that jumped out a door at you.  It crumples to the ground and you keep moving.  Five seconds later as you round the corner of the hallway you hear a scream from behind you, and the same undead runner is barreling at you, arms outstretched.  You never have a moment to catch your breath in this game and the only story mode is survival.

In a small town just outside of Madrid, Spain, roughly one thousand people turn the entirety of their quaint town into ground zero for the zombie outbreak.  The game is called Survival Zombie, and it is by far and away the creepiest, longest, and most frightening concept that I have seen for a live-action zombie game so far. 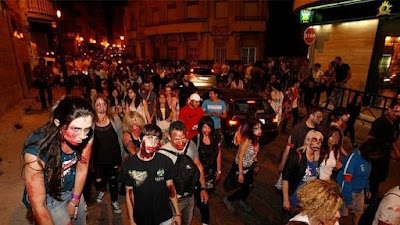 Created by Diego De La Concepcion, Founder of World Real Games, the game is a mix of scavenger hunt and zombie action/survival horror.  The game starts as sundown and ends at sunrise the next morning.  You are roaming the streets of this town, looking for clues and trying to simply survive until daybreak.  This game has set and broke records for the most participants and has different storylines regularly to work with.  Loudspeakers, blanks going off, fireworks being shot, and a stampede of thousands of people launching into the city all at once to run from the zombie horde.  The adrenaline rush is immediate and intense.  The video I have seen of this game is enough to make ones jaw drop, but picture being out there.  You have an entire town to canvas of roughly 20 kilometers, which you do all night long, dodging zombies while ducking into buildings and through alleys, risking losing your party or not finding all the clues that you need to.  And the jump scares are only increased due to the fact that you have so much ground to cover, so many places the zombies can come from, and so much uncertainty if your hiding spot is even a safe one.  There is no plan of “Okay, you will wait for them here and then just go BOO!”  They are everywhere.  You are everywhere.  And hiding just because almost impossible. 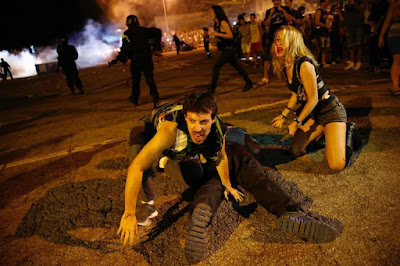 I’m providing the direct websites or social media links to these games.  People, I highly recommend you look into playing one at least once.  If you don’t think you can handle it then at least watch the Youtube videos of some of the sessions to get a feel for just how intense they are.  You run, you scream, you shoot, you plan strategies, and you do it all in a controlled environment.  For the scare enthusiast this is, as Mikey Mason says, the “best game ever.”