31 Days of Halloween: The Lasting Trauma of Horror Movies 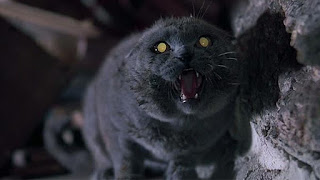 I'll go ahead and give Mr. Tibbs credit for this idea (he'll totally call me out publicly if I don't anyway). I was stumped over what to write about this week. I feel like I've said most of the things I've wanted to say about horror/Halloween already, and didn't want to write yet another movie review (though you will probably get one next week unless the little mister comes up with any more good ideas). I did watch the season premiere of The Walking Dead last night, but that didn't yield any ideas besides a further rant on how boring and predictable that show has become. Which in turn would make me boring and predictable. So rather than going off on what I now call The Speeching Dead (how many speeches did Rick make last night? 3? 4?) We're going to explore the actual phobias and fears that horror movies have left many of us with. 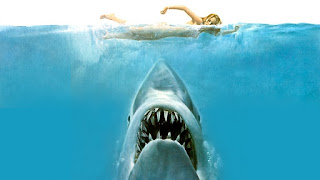 So Mr. Tibbs and I got to talking about those scenes from horror movies that still freak us out or have given us some kind of weird phobias. One of his big ones was vampire Ralphie Glick clawing on his brother Danny's bedroom window in Salem's Lot. I'll admit that I've known about this one for years, and do occasionally use it to mess with him when he's on the patio on the other side of our sliding glass door. Once we started down this road I realized that I won't go into the ocean deeper than I can stand up because of Jaws (not technically a horror movie I know, but it still scared that shit out of me). We both have hang-ups about Pet Cemetery although they are different. He's bothered by all grey cats, and I have a fear of having my Achilles tendon cut. Sometimes dead really is better. We share a thing about driving behind trucks hauling logs or pipes thanks to the Final Destination movies even though we were definitely adults when we saw them (and knew they were silly). Things can be just as scarring when you're grown up it turns out. Any time either of us is behind a truck with stuff that looks like it could come loose and fly through your windshield we each picture the Rube Goldberg machine of our deaths kicking into action. I've always found the concept of Freddy from A Nightmare on Elm Street terrifying because he can kill you in your dreams, but the goofy reality of his terrible one-liners and puns keeps that from being actually scary. 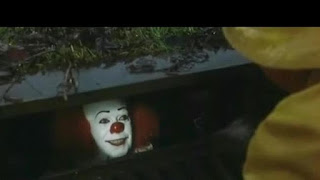 To find out if it was just us I decided to poll a few friends that are also into horror movies. From the small sampling of answers I received it turns out that Mr. Tibbs and I aren't alone in this. Bear in mind that all of these people have seen a ton of horror movies, and (to the best of my knowledge) aren't easily frightened. Sharron shares my ocean fear, not just because of Jaws, but also because of The Deep. She takes it even further than I do, and will not even enter a body of water with living creatures in it. Rich is 100% on my side of the Pet Cemetery argument. He must feel pretty strongly about it too since it was his only one. Gnoll hated clown dolls after Poltergeist (I totally get him on that one), and the scene in A nightmare on Elm Street: Dream Warriors where the recovering junkie gets stabbed with a crap ton of needles bugs him too. My brother also offered up needles by way of The Evil Dead remake. I hadn't thought about how much that made me cringe in the theater until he mentioned it, but absolutely yes. Although it's no real life fear he's also creeped out by the scene in The Thing when the guy's head turns into a spider. Keith has several hang ups from horror. While he agreed with both Mr. Tibbs on Salem's Lot, and me with my Jaws thing he goes even farther by thinking there might be a shark in the pool (I used to think it was alligators). He also finds the voice of John Larroquette a trigger for the appearance of Leatherface (he did the narration for the original movie. Larroquette, not Keith). He won't go near open sewers because of CHUD and IT while he's jogging, and Ghoulies has him checking the toilet before he sits down. That's a lot of stuff for someone who I would normally consider to be pretty impervious to scares. I don't jog (or even run unless I'm being chased, but I also know the fear of an open sewer thanks to IT), but I can still relate to some of his fears. 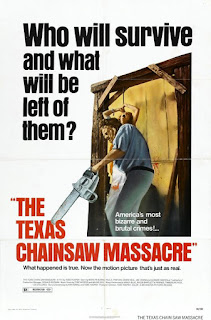 All of these confessions definitely make me feel better about my own phobias, and at the same time proves that even those of us who love horror movies have been affected by them in some way. Do a few lasting fears mean that people should avoid scary movies? I don't think so. I'd call it a fair trade since horror movies have given me years of entertainment with only a few hang-ups. There's nothing wrong with being wary of the ocean, afraid of needles, or careful around storm drains. Not truly because the stuff in those movies is going to happen to you, but being careful or afraid makes us more awake. You learn not to play with undead cats, hang out in graveyards, and to steer clear of anything in pod form. You realize that baby alligators shouldn't be flushed down the toilet, clowns will almost certainly kill you, and that you should never assume that the killer you spent 2 hours trying to vanquish is dead just because you bonked him over the head with something. Those are all great lessons that I (and apparently many of my friends) might not have learned without watching horror movies. 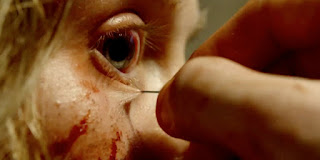 I just realized that my last post of the Halloween season will go up on actual Halloween. I guess I'm going to have to come up with something better than a movie review after all. Stay tuned...