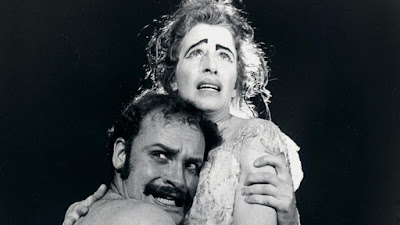 Since I've been of porn watching age, most of what I've seen consists of some jabroni with a handheld camera filming two people humping in different scenarios. There's basically no artistry or acting talent involved in modern pornography. Believe it or not, this wasn't always the case. There was a time during the 1970s-80s when some pornographic filmmakers were actually artists attempting to tell stories through that medium. Curt McDowell was one such filmmaker. Curt advanced his career in San Francisco during the 60s, where he embraced the sexual freedom and artistic expression of the time (Coincidently died of AIDS in 1987 at age 42). While there he would befriend fellow director, George Kuchar, and their collaboration would deliver the film I review today.


It is a dark and stormy night and as the lightning strikes and thunder cracks we get a look at the house of Mrs. Gert Hammond. Gert is a strange, drunk, old widow who lives in the large house alone and is keeping up with the storm on her radio. We're introduced to the rest of the cast as they drive through the treacherous storm that forces them to retreat to Gert's house. First there is the circus worker, played by George Kuchar, who is transporting a truck full of circus animals. Then there are two female friends who pick up a man who is stranded on the road in the mucky weather. Finally, a couple of gay men who come across a woman who claims to be a housewife who is married to a famous country music singer. 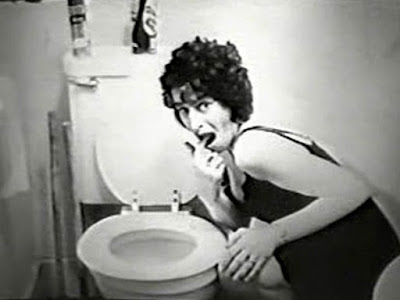 The housewife makes it to the Hammond house first. Gert has been so long without company that she mistakes the knocking at her door for "Mr. Maple tree banging his branches against the house". Once she realizes that she actually has human company awaiting, she quickly tries to sober up by forcing herself to vomit. Once she feels up to letting her guest in, she starts to deliver a prepared speech chronicling the history of her house and how her husband was now dead and buried in the wine cellar. Noticing her rough appearance an vomit soaked wig, the housewife offers her assistance and gives Gert a bath with a happy ending. 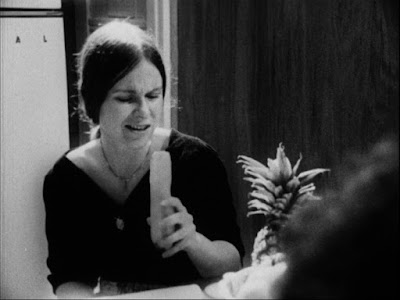 The gay couple, the two female friends, and their hitchhiker show up next. The crowded house shows some dissension early on, but Mrs. Hammond disperses it. Gert encourages them all to use her missing son's room to change out of their wet clothes. His bedroom is a smut paradise full of nude pictures, sexual artwork and drawings, and sex toys. One by one the guests enter the room and start experimenting with the toys available in the room. everything from penis pumps, French ticklers, vibrators, and blow up dolls are used. Gert watches each of them from a peephole while masturbating with a pickle, which is later fed to the housewife. 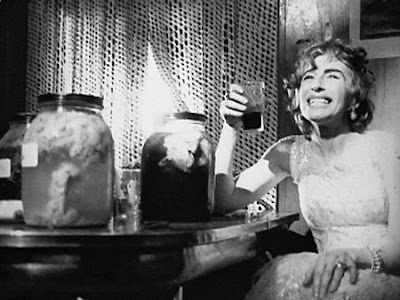 As the film progresses the characters are fleshed out with bizarre stories and sexual relations get shuffled around. We find out about Gert's love of pickling and that includes human brains as well. We also find out more about her missing son, who she claims no longer exist. The gay couple turns straight, the hitchhiker turns gay, and things just keep getting weirder. There's a ruckus over what's hiding behind one of Gert's locked doors, but the scuffle is broken up when the silhouette of an elephant appears outside the window as it shrieks. They notice a ton of other wild animals roaming outside and this compels everyone to start boarding up the doors and windows. 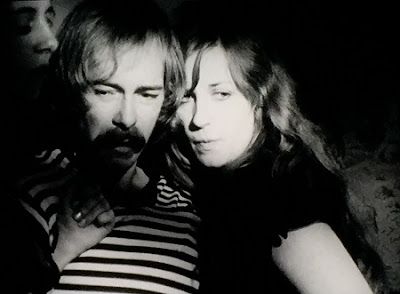 The circus handler then shows up and gives everyone the rundown of what the hell is going on. He tells the tragic story of how he was tricked by his coworkers when he was drunk and told a girl was waiting for him in a cage. When he wakes up the next morning he's next to a huge female gorilla who he unknowingly showed a good time to overnight. Knowing the gorilla could tear him apart with her bare hands, he chose to continue the love affair, which means we get to see a man get masturbated by a gorilla. During the storm he saw an opportunity to escape the gorilla's clutches and decided to intentionally crash the transport truck in hopes of killing himself and the animals. Unfortunately for him it backfired and the horny, raging gorilla is on a mission to recover her beloved. 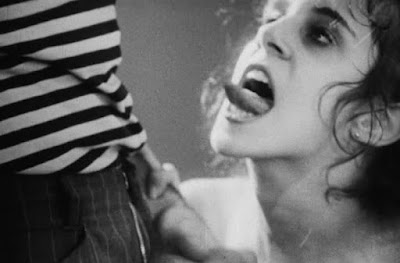 The crew works together to devise a plan to keep the gorilla from tearing them all apart. Not only that, the nature of  Mrs. Hammond's non-existent son is fully realized toward the end of the film. It's a chaotic, tragic, and hilarious nightmare full of abstract dialogue and bat shit crazy scenarios. I've barely scratched the surface of all the intricacies in the story. Of course there's plenty of graphic sex throughout the film as well. They surprisingly even slipped in a hardcore gay scene, which I didn't expect at all, given the time this was released. One thing to warn you about though, is that this is a product of the 70s and so everything is in it's full bearded and bushed glory. Not the most pleasant thing to look at, especially once the hair gets soaked in bodily fluids. 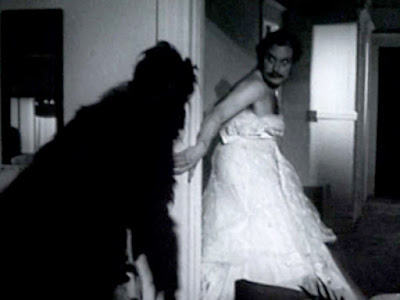 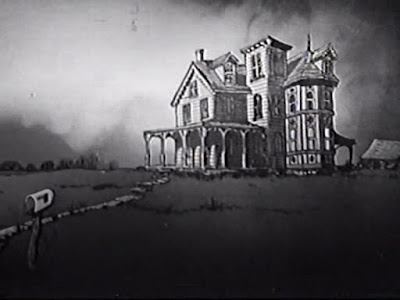 IMDB rates Thundercrack! a 6.5 out of 10, which is incredible for a pornographic film. My personal rating is an 8 out of 10. With such a bizarre storyline, imagery, dialogue, and delivery, it's hard not to love this movie. The bluray advertises that it's, "not for those with tender sensibilities", so be warned if that applies to you. I somehow that it applies to anyone who has made it this far into the review. That's about it for Devlin's Domain, but check her next week for my countdown of the 31 Days of Horror.


About Me: I have a couple of different aliases, but for this column I will use my middle name. I am Devlin and I currently reside in Atlanta, GA. 33 years of age and still feeling immortal. Former Rockstar, current Pro Wrestler and hell, I'm still a Rockstar at heart. I got my first taste of obscure cinema when I was about 8 years old. My Dad would take us to the video store every weekend to stock up on classic horror films to watch on his projector. They were mostly harmless, PG-rated horror films like the great Universal monster movies. Then one night he rented a movie for himself to watch after we had gone to bed. I was so intrigued by this film that I wasn't allowed to see. I begged and begged and he eventually caved. That night I was exposed to a film unlike anything I had seen before. Ever since that night I wanted to find more films that gave me that same sensation. I wanted to feel shock and disgust. I found my place in the Horror aisle. The film I watched was Faces of Death. Thanks Dad.
www.facebook.com/DevlinsDomain/
www.facebook.com/DevlinValek