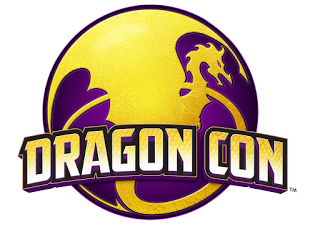 You may not know Steve Blum by name, but if you've ever watched anime (or regular cartoons) or played a video game in the last 15 years then you know the voice. He's been in hundreds of video games, and I recognize his voice immediately now. DOOM, Halo, Bioshock, Dragon Age, Fallout, Mass Effect, Final Fantasy, WoW, KotOR, and too many others to name. If there's a video game franchise, Steve Blum has been part of it at some point. He holds a Guinness Book world record for the most prolific video game voice actor. He was at 261 in 2012 at the time he received this award, but a quick glance at his IMDB page shows he's blow that mark out of the water. Sometimes I'll be playing a video game, and pick his voice out of a group of NPC's that I'm walking past. I always turn around to find out which character he is in the bunch. I just prefer to give my in-game gold to a dwarf with a familiar voice is all. And to me there is no voice no more familiar than his.

He was also (most importantly for me) the voice of Spike Spiegel on the best anime of all time - Cowboy Bebop. I've told you guys this before, but you have got to watch it. You'll laugh, you'll cry, you'll get mad that there isn't more of it. And if you get your anime from Toonami on the Cartoon Network you'll know him as TOM. He currently does the voice of Zeb on Star Wars Rebels so even if you aren't into anime you might know him from that. I could just listen to him talk all day, but this was another tough one for me to think up questions for. I assumed that most reporters would be asking about Rebels or Bebop (nobody asked about it though. Was everybody too caught up in Rebels fever? I nixed a few of my Bebop questions because I thought someone else might bring up something too close to what I was going to ask). I wanted to try and come up with things that no one else would ask so I thought long and hard. He told me after that my questions we really good so I guess it worked. This was also the least crowded press conference I was at all weekend so I got to sit nice and close too. Front row baby! Dana (who does the voice of SARA on Toonami) told me how nice he was, but you never know for sure until you find out for yourself. He was indeed very nice, and let everyone take pictures with him afterward. I just wish I didn't look like I was running on 4 hours sleep in them. I really didn't drink too much Saturday night, but the DDCCGGSS kept us up too late. So it could have been worse. I was exhausted, but at least I wasn't sweating alcohol.
After a brief text tutorial on Audacity from Mr. Tibbs I did manage to improve the quality of my recording somewhat. But how dare his band practice on a night I needed technical help? Selfish jerks. It's not perfect. Also according to Mr. Tibbs I need not just a mic, but something that comes with a pre-amp (as if I knew what that was). While I get my technical skills up to scratch, and learn more about how this crap works I hope this will tide you over. Bear in mind that Steve Blum has a really deep voice though so there's only so much I could do with what I had (even from the front row). Just turn down the bass, up the treble on your listening device, and check out everything an awesome man had to say about Rebels, anime, and much more.
And because HTML wants to fight me (and stop playing embedded audio that was working just fine a few days ago) here's a link to download if the stupid embedded  player doesn't want to cooperate.