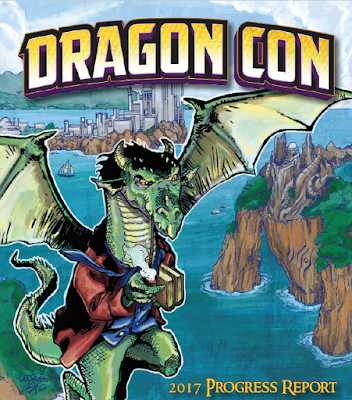 A wise man* once said that Dragon Con is always either a year or a day away. And it certainly feels that way.
We might be a month out from the greatest annual pop culture gathering of all time, but I can feel the scaled behemoth breathing down my neck.
This year’s Progress Report is now available on DragonCon.org, or via this handy link that was provided by an excellent individual on the Dragon Con Facebook group page. You might also be able to pick up a physical copy at your Local Comic Book Shop. Or you might have already gotten it in the mail.