The Fate of the DCEU - A Fan Theory 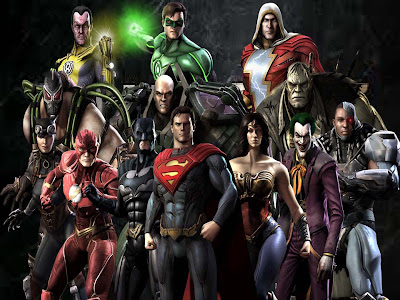 If I wasn’t a geek I wouldn’t be writing for Needless Things.  If I wasn’t a comic geek I wouldn’t have covered the Marvel and DC universes already, and started coverage of the Injustice comics (which I plan to keep up, I promise.)  I’m not pro-Marvel or Pro-DC; to be honest my favorite Hero/Villian in Marvel is Phoenix and Dark-Phoenix and in DC it’s a tie between Batman/Green Arrow and Joker/Harley.  The debate of the MCU/DCEU verses their respective TV timelines is probably my most favorite subject to dive into currently because it’s becoming the most rich topic out there as of late.  Superhero movies are booming at the box office.  The TV shows are taking over the airwaves, especially for Networks like CW.  And like Yogurt said in Spaceballs, they’ve given great “Merchandising!  Merchandising!  Where they real money from the movie is made!”  The only problem so far is that what I wrote in my last piece debating the success of the MCU verses the DCEU has proven to be true until right before the release of (the freaking fantastic) Wonder Woman.  Marvel is shooting passed on a bullet train made out of money, movie after movie, whereas DC is floundering.  They haven’t given every single Justice League character a stand-alone movie before launching the team into its first group mission, unlike Marvel succeeded in doing with Avengers.  How are they going to keep this franchise going without keeping a cohesive team that you can already enjoy and relate to?  The fan theory that seems to be outlandish yet the most discussed, has been the one that I have jumped on the bandwagon of, ladies and gentlemen.  It can be summed up in one word:
Injustice 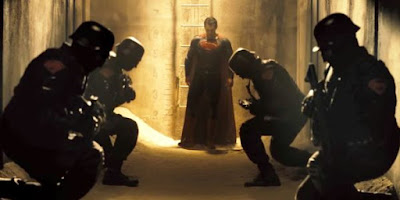 Screen Rant.  Reddit, CBR.com.  You name the site and there is an article or a message board full of discussions about the DCEU and the lines divided between those that feel the suck and those that want to kick those that dare to say they feel the suck.  As you sift through the geek language and heated nerdom vitriol (because let’s face it, no one argues a point like we do,) you find many fan theories about the course of DC’s movies.  This one stays persistent.  I gave it little weight at first, but the more that I sat one night and analyzed it, the more I realized that no other option seemed to make sense to me.
Firstly, we’ve already seen an interesting take on Superman in Man of Steel.  Now, I’m just gonna come out and say it:  this is the best freaking attitude on a Lois Lane that we’ve had since Smallville.  Shoot me if you want to, but anyone who can shut up two men and tell em’ to stop measuring dicks…my GOSH I could have kissed that woman for finally having some balls.  But anyhoo, back to Clark.  Superman has always been touted as DC’s answer to Captain America.  The All-American, apple pie eating Boy Scout, who would never kill under any circumstances.  Yet when backed into a corner, after more destruction has rained down on the city than we have ever seen in the history of any Superman franchise movie or TV episode to date, he snaps Zod like a twig.  His anguish is evident, but the fact remains that this Superman is not only capable of killing, but is left with the scars of it.  That one kill destroyed not only Zod, but the Clark that had existed up to that very point, and a new person came out of the conflict.  That was strike one. 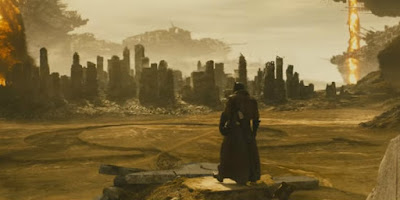 Then comes the very blunt and obvious nightmare sequence in Batman Vs. Superman.  It was strange enough to see the post-apocalyptic scene, and would almost make a person believe that they were simply staring at the barren wasteland of a city that had been ravaged by a failed alien war…one that Superman had failed to win.  In light of Zack Snyder recently confirming a fan theory that, as Superman was being pulled down amidst a group of adoring “worshipers” painted in sugar skulls for the Day of the Dead, it was saying it mirrored Zod’s warning to him that he would drown in the skulls of those he failed, it was reasonable to assume that this was the literal interpretation of that figurative scene.  Clark always feared his best wasn’t good enough, and in this he lost the final fight.  But then you see Man of Steel come crashing in.  You see the guards bow to his feet.  You see him rip the cowl from Bruce’s head and growl in anger over the loss of the only person that could have affected him quite that badly, saying that “she was my world.”  That must be Lois, we all surmised.  Granted, it does seem that Darkseid and his minions seem to be all about, but see one of my later points about that and why that would still tie in.  That entire scene was strike two.
Needless to say, there’s also Barry’s message.  When a man you haven’t met comes screaming at you about Lois Lane being “the key” and that you were always right to fear “him,” one can understand where that would leave you feeling rather…confused.  But when all of these pieces add up it will make more sense than I think Barry could have had time to explain.  The only problem is that it will most likely not make sense in time.  And for anyone who has played the Injustice game or read the comics, what exactly will he be too late for?  Yup.  That nightmare scene is making a lot more sense now.  That’s strike three.

Now, for the not so obvious.  The DC logo is now present for their movies as of Wonder Woman.  This is a great thing as they desperately needed one, but breaking down the character roster you see in it is essential in understanding what characters we have left to not only introduce for solo movies (if they get any) and whom we have left for possibly being in movies if they go this fan theory route.  There is a great video on Youtube that attempts to break down whom is visible in the opening sequence by New Rockstars! called “New DC Universe Opening Promo- Every Character Identified!”  Some are hazy, but nearly all of the characters that can be one-hundred percent to nearly one-hundred percent identified are Injustice 1 and 2 labeled characters.  From Green Arrow to Sinestro, Black Canary to Atrocitus, the list is there.  There are dozens of characters that span the DC universe and many in the Justice League throughout the course of its history that were not members in any incarnation, so they don’t have a shortage to choose from.  Why center on a logo that covers the major roster count for your biggest meal ticket game and comic to date? 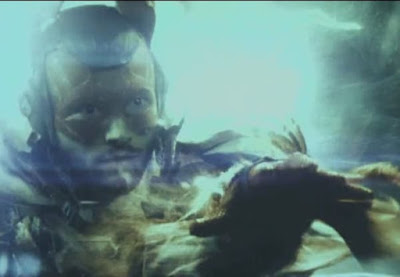 Lastly, and this is one word:  Sequels.  The Injustice comics took us into a five year arch so far.  That’s huge.  Clark has held his world with an iron fist and change the lives of many people.  Some of our most beloved characters are dead, some had crossed over into the realm of good guys in an almost cosmic way of restoring balance as lost Clark to insanity…it just keeps going.  If you want to save a movie franchise that you need to establish, what is the best way to do that?  Give it a huge foundation to stand on, with a major overlying plot to complete, with individual characters that could pair up in buddy movies, do stand-alones, or group beat-em-ups like the Avengers sequels, and keep em’ going until you reach the end of the comic’s line?  This story is so rich and can draw from the lines of so many characters, it can put them in a new world that Superman creates when the Suicide Squad Joker (whom I still believe is Jason Todd, thank you,) turns Lois into a full on nuclear bomb.   The DCEU would finally be at a point where it would be on par with Marvel and it would be epic level destruction and drama.  A site to behold and to see the most well-written video game and comic brought to live action would make most of cry.

Now, I am taking into account that they have many movies slated in the next three years alone.  From Batgirl's movie to Gotham City Sirens, from the Suicide Squad sequel to Flash and The Batman, we are slated to have roughly three DCEU movies per year in the next three years.  Even Marvel didn't whip out that many in their first few years of start-up.  This gives plenty of time for character development and establishment even even a chance to see crossover and/or buddy-up films.  But if Marvel has Infinity War, can you truly think of anything that would better encapsulate the barrage of DC films we will be hit with the emotional roller-coaster that we would taken on for the characters that the films have made us grow attached to than Injustice?

If you say that it wouldn’t then you’re lying and I’m ashamed of you.  Stop reading this right now and pray for your soul.  Your mother would be so disappointed.
If you think I’m crazy, that’s okay.  I’ve been called so much worse.  But if you think I’m right or even if you just have your own theories I would love to hear what you have to say about the future of DC’s movie market.  Hit me up in the comments or find me on our Facebook group so we can put on our comic book version of tin foil hats and theorize together.
Christina Sizemore is trained in only four things:  writing, fighting, paranormal investigating, and being a mom.  At this point in her life she truly feels that she is not qualified to attempt to learn any new field.  A twenty year martial artist, mother of three, and writer who is working on the publication of her first book titled “Finding Your Way: A Guide To Your Path In The Martial Arts,” she spends her days working out, writing, making fanvids, going to DragonCon, and playing board games/video games/out in the yard with her kids and husband who are just as geeky as she is.  She is convinced that one day her skills will be of assistance in the Zombie Apocalypse and that while she is of no use in the kitchen, she can Buffy that zombie for ya or teach you the best way to get the blood stains out of your clothes (Psst…the secret is mixing Crown Cleaner and Shout.  Just sayin’.)
Posted by C.S at 11:00:00 AM