Guest Post - Are We Living in the Golden Age of Geekdom? 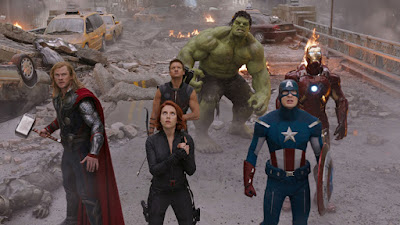 Not too long ago, I was chatting online with some fellow geeks when one of them said that they were bored because there was nothing good on to watch. This was followed by the usual nerd battle over which particular fandom was the best and how all others pale in comparison. (For the record, classic Doctor Who is the best fandom.) It amazed me how so many fans of geek culture and shows put on blinders and tune out almost everything except one or two franchises that check all their beloved boxes. I pointed out that they should be thanking their lucky stars for what's going on in geek, and by extension, popular culture. Allow me to step out of my old man cave, yell at young nerds standing on my lawn, and explain why we might be living in a golden age of geekdom. 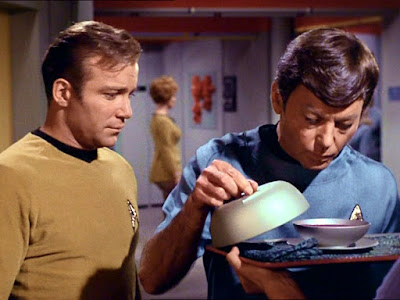 Before I begin, a little personal history so that you know where I'm coming from. I was born back in ye ancient epoch known as 1970. I grew up as a geek due to my father's influence. He loved Tolkien, Star Trek, Robert E. Howard, the Universal monsters, Michael Moorcock. Godzilla, Edgar Rice Burroughs, and so on. He was a geek through and through, not to mention being a machinist, amateur gunsmith, hunter, carpenter, and so on. We watched Creature Feature every Saturday night, and he took me and my brother to the movies every week to catch the latest flick, which was usually sci-fi or fantasy. (Nothing says joy like seeing Alien when you're nine!)

So what does my age have to do with today's state of geek affairs? Quite simply, the state of popular culture is a far different beast than it was when I was growing up. We only had one or two shows a year that might be of interest to geeks, such as Kolchak: The Night Stalker, The Six Million Dollar Man, Battlestar Galactica, or Buck Rogers. Most shows of this genre only lasted a single season, and many of them didn't get that far, such as Fantastic Journey and The Phoenix. Our one constant on TV was syndicated Star Trek and later Doctor Who on PBS (donate now!). Conventions were rare and not that huge, and the huge sci-fi movies were essentially relegated to the latest Star Wars film. Now let's look at geek culture today in regards on several fronts. 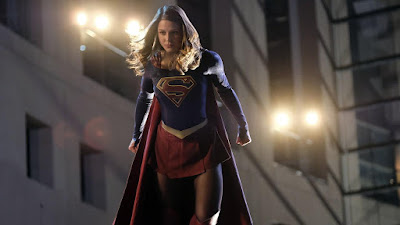 TV is probably the best reflection of the dominance of geek culture today. My teenage self would have been blown away by just the CW network alone. Just think about the number of nerd-friendly shows on that SINGLE network: Supergirl, Arrow, The Flash, Legends of Tomorrow, iZombie, The 100, and Supernatural. Then look at what other offerings are available on other networks and cable channels: The Expanse, Agents of SHIELD, Killjoys, The Walking Dead, Dark Matter, Gotham, Doctor Who, Game of Thrones, Westworld, Mr. Robot, The Librarians, Once Upon a Time, Preacher, Colony, Shadowhunters, and so on. Whew! That's even before we take Netflix into account with their insanely awesome Marvel shows. There is honestly too much crunchy good stuff on TV right now for geeks to even keep up with (and I've tried!). Even better is that many of these shows are enjoying lengthy runs. Just compare this lineup to what older fans had to endure, such as feeling lucky that new episodes of Man from Atlantis and The Six Million Dollar Man were airing the same week.

Now let's turn my old man diatribe to the movies. It is true that we had the original Star Wars and Star Trek films. Outside of that, most sci-fi films were usually blatant rip-offs of said franchises and good fantasy films were extremely rare. For every Conan the Barbarian, we got a lot of Italian sword-and-fantasy flicks like Ator: The Eagle Warrior and Yor: Hunter from the Future. While entertaining, they were not exactly top-notch productions that set the world on fire. As for superheroes, forget about it! Now it seems that a major geek-themed film is released every other week. We have the never-dying Johnny Depp in the Pirates of the Caribbean films, a new series set in the Harry Potter universe, and even a new Star Wars movie every year. Every year! To think I waited three years apart to catch the original trilogy way back when. We've seen a slew of great (and not so great) sci-fi flicks released over the last few years (with Interstellar being one of the best). However, it's the comic book movie that is truly night and day different from ye olden times. Marvel is still setting the box office on fire while the idiots at Warner Bros. can only stand there, puzzled at how they're failing. Captain America, The Avengers, Guardians of the Galaxy, Iron Man, Doctor Strange - the hits just keep coming. While some may decry the X-Men films, you can't deny the good run that they've had, not to mention the Michael Bay-shaky cam Transformers. The only fly in the ointment is that fantasy is still a distant cousin to the superhero and sci-fi films in terms of popularity, but with everything that's out there right now, who can complain? Movies that cater to geeks are now the norm, not the exception. 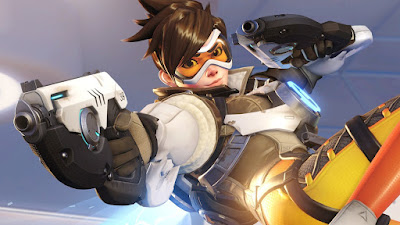 Another sign of the current golden age of geekdom is gaming. Video games have never been hotter, and many releases actually earn a lot more than blockbuster movies. Consoles, PCs, and mobile devices are all readily accessible for some gaming action. The rise in eSports has been phenomenal, and even ESPN has been forced to show some tournaments due to the tens of millions of gamers that regularly watch them. The prize pool for last year's DOTA 2 The International was over $20 million! Then there's the matter of tabletop gaming. The amount of games that geeks can enjoy playing is astronomical. We have tons of role-playing games, with the 5th edition of Dungeons and Dragons leading the pack. Miniature games are still going strong with the likes of HeroClix, Attack Wing, and Warhammer 40K. However, it is board and card games that have really exploded over the last ten to fifteen years. Settlers of Catan helped usher in this golden age of quality gaming. Whether you're looking for intense strategy or just some laughs, there are lots of options available, such as Forbidden Island, Exploding Kittens, Ticket to Ride, The Resistance, Cards Against Humanity, and Talisman (an update of the classic title). Playing such games is no longer considered a shameful act that has to be hidden from prying eyes. How can you deny that we live in a golden age of geekdom when there are bars that cater specifically to geeks and encourage gaming?

I could go on and on with how us geeks are living in a golden age. The amount of fantasy and sci-fi books that bookstores carry is staggering. Children are getting hooked into our culture through the massive proliferation of YA literature. Conventions are now a huge business and can be found being held every weekend. Then there's the amount of collectibles that devour our savings to consider. Seeing Doctor Who action figures in a retail bookstore was something that would have been impossible to conceive of thirty years ago, and I'm not even going to get into the Funko pop vinyl mania. The point is that we can see a new geek-themed movie every other week, watch at least a few dozen shows on network television, play more games than we have time to do, and read a library's worth of sci-fi and fantasy books that are released every year. Are we living in a golden age of geekdom?

It's hard to argue against it.

Jeff Francis has been a lifelong geek, be it for toys, comics, Star Trek, D&D, classic horror, or Doctor Who. He once owned a game shop for over a decade and has been an online gaming journalist for over seven years by the moniker of Jeffprime. You can visit his personal website at Starbasegeek.com to read more of his mad ramblings.