Back in December of 2015 Phantom, Chad J. Shonk, and I recorded a podcast about the revival of Mystery Science Theater 3000 (or, as I'm going to abbreviate it from here on out MST3K). We discussed our hopes and fears, as well as what made us love the original show so much. So now that the new episodes are finally here I'm back to let you know what I think. 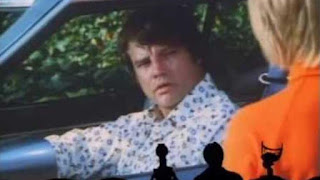 MST3K is one of my favorite shows of all times, and if it's successful reincarnation is anything to go by, then I'm not the only one. I love the mixutre of both timeless and topical jokes, the silly host segments (I'm super glad they brought back the invention exchange), the stupid songs, and the terrible terrible movies. I was a little bit hesitant going in, but I'm on 100% on board and they can keep going as long as they want as far as I'm concerned. If you don't know anything about MST3K then you're not reading this anyway, but a little history just in case. The show was the brainchild of Joel Hodgson who played (for the first several seasons) a man trapped in outer space by two comically inept mad scientists who try to drive him insane by forcing him to watch bad movies. To keep himself from going crazy he took parts from the spaceship he's on, and built some robots to keep him company. Come to think of it, if "the mads" were really trying to drive Joel insane you'd think they would have taken the robots away, but I guess it wouldn't have been much of a show without them. Anyway, to pass the time Joel and "the bots" make jokes about the crap they're watching as well as make up silly songs and skits to perform during the intersticial, or "host segments". Eventually, Joel got tired of being the on-screen guy and left the show. His part was taken by show writer Mike Nelson who picked it up right where Joel left off. Most of the cast was replaced over the years. The original mads (Dr. Clayton Forrester and TV's Frank) were replaced by Mrs. Forrester, Brain Guy, and Bobo. With Dr. Forrester's departure we also got a new voice for Crow T. Robot. All of these changes were very upsetting when they happened, but the show was so good that you got used to them. I ended up liking Mike on-screen even better than Joel after a year or two. 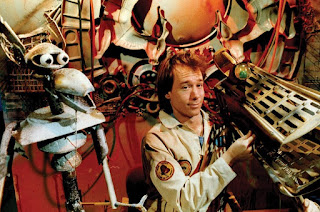 With all the changes fans had to deal with over the show's 197 episode, and one feature film, run it would be unfair of me to dimiss a revival out of hand. I knew that Joel was involved, and that the rest of the people who were working on it had a deep love for the source material. I still know nothing about the guys who do the voices for the bots, and I have no strong feelings for or against Jonah Ray. So who am I to protest them messing with my show by bringing in new people? I was sold as soon as I saw a shot of Patton Oswalt in costume as TV's Son of TV's Frank. Yes, he's been in a lot of nerdy stuff over the last several years, but he's such a big nerd that you've kind of just gotta let him have it. If someone came to me and offered me parts in shows based on all of the dorky shit I'm into I'd take it, and tell everyone else to fuck off if they got tired of seeing me. I didn't realize that he was going to be in every episode, but I love that he is because he's just so good at it. 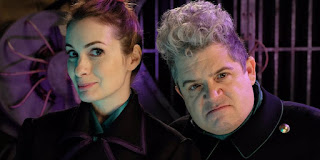 I wasn't sure about Felicia Day playing Dr. Forrester's daughter Kinga though. I'm a big fan of hers. I love The Guild, and Dr. Horrible's Sing-A-Long Blog, and Con Man, but I wasn't sure about her playing evil; no matter how inept the evil in MST3K is supposed to be. She's a little rocky in the first few episodes, but she gets into a groove soon enough and ends up being as good as Patton. And speaking of the first episode: everyone and everything is a little wobbly when it starts, but by the second episode they're all going strong and just keep getting better. I mean, within 30 seconds there's a pretty obscure Simpsons joke (about stupid sexy Flanders in his ski suit), followed by a Better Off Dead joke, and topped off with a Fraggle Rock reference. If that doesn't get your geek blood pumping then you're already dead. Sometimes the jokes get a little too meta. As in: watching a Doug McClure movie, and making a Troy McClure joke. It's a joke of a joke of a joke (the Inception of comedy), but every single line isn't going hit with every single person so that might just have been me. There are also tons of celebrity cameos, and it really warmed my cold heart to see NPH and Felicia singing together again. Are there too many cameos? Maybe, but you can't blame people for wanting to be involved. 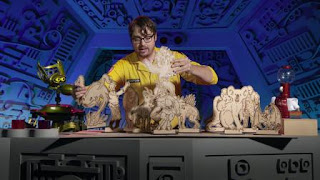 So what didn't I like (because it's me you know I've never seen anything that I thought was 100% perfect)? I honestly didn't mind them making the bots move more. At first. Tom Servo has a real working hoverskirt, Crow occasionally climbs around, and Gypsy is attached to the ceiling rather than the floor this time around. What I don't care for is them moving all over the place just to do it, and Gypsy dropping into the movies to pop off unfunny one-liners. It might be more effective if her jokes were ever good, but in this show if you don't have something funny to say then you probably shouldn't say anything. While making references to jokes from the original show (calling people dickweeds, two interociter jokes) is initially fun it does get a little tiresome after a while. I think it's mostly because the new cast has plenty of good material to use without rehashing 20-something year old jokes. Holy crap, it just made me feel really old to see that the MST3K movie came out in 1996. Mr. Tibbs and I saw it together when it came out (the same year The Kids in the Hall: Brain Candy came out incidentally. The theater was disappointingly empty for both movies), but I guess when you're old pretty much everything makes you feel old. A few episodes are kind of slow, but they also watch some movies that are almost too awful to even make fun of. And it's a minor beef, but I don't understand the ska band in the evil moon laboratory. If I can nitpick about something that small then it's probably a good show 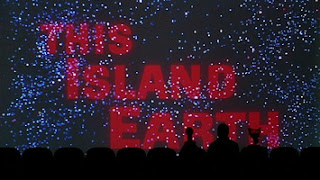 To sum up, yes it's great. It's not the original, but if you want that then they're all streaming on Netflix anyway. If you're looking for new comedy done in a way that you know and love then the new run of Mystery Science Theater 3000 is for you. Oh, and since I still have no strong feelings about Jonah Ray after watching this series I forgot to mention him again. He's decent, and falls somewhere between Joel's sleepy-eyed innocence and Mike's overt snark. I guess that's why I forgot Jonah, I'm a woman of extremes. Whichever presenter you prefer if you liked the series before you'll still like it now. Unless you've developed a much more mature sense of humor since the show went off the air. I haven't, and don't have any intention of ever doing so, which means I'm going to continue giggling whenever someone gets called a dickweed by a robot for the rest of my life.