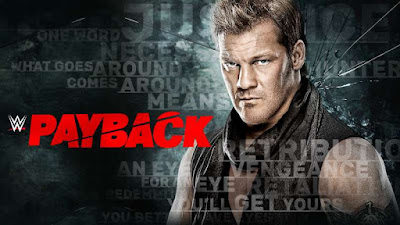 Folks, it looks like we might – against all odds – have a pretty darn exciting card tonight. So much so that I'm putting together a rare - almost unheard-of - Sunday post. Enjoy.

Pre-Show – Enzo & Cass vs. Gallows & Anderson – The exception that proves the rule comes early, but 1 – it’s always fun to see Enzo get beaten up and, 2 – most of you won’t watch this anyway.

It's hard for me to believe how much I loved Enzo and Cass in NXT. I still think they have a ton of talent, but Cass needs time to do solo work and Enzo needs to manage someone.

I know Anderson and Gallows are on the upper end of the Tag Team Talent spectrum, but they haven't done a thing for me yet. I suspect booking is more to blame, but for some reason these guys don't shine.

Neville vs. Austin Aries for the Cruiserweight Championship – My favorite match from ‘Mania and likely to be even better this time. Neville is one of the best heels on the roster and Aries is on fire with his brand of cocky weirdness that isn't necessarily a babyface vibe but that is so much fun to watch Neville sell.

This is my pick for Match of the Night.

Seth Rollins vs. Samoseph Joseph – Flippity-Doo versus Big Clubberin’ is always fun. Let’s hope nobody gets hurt. I’ll cringe if it looks like Joe is going up for a powerbomb.

Samoa Joe was one of my favorites for a long time, but I never imagined he'd end up in WWE. Rollins is... just sort of there. He's good, but he sure hasn't connected as a babyface. His weak win over Triple H at 'Mania didn't help.

Regardless of any of that, these two both have a lot to prove in this match, so I expect it to exciting.

The Hardys vs. Sheamaro (Cesamus?) for the RAW Tag Championship – Lots of solid storytelling leading up to this match. Someone is going to be more dastardly than they have been, but who (who? WHO? Who?)?

Bayley vs. Alexa Bliss for the RAW Women’s Championship – Bliss has been on fire since being called up to the Main Roster. Bayley’s natural charm and charism has been hamstrung by a shitty story where Sasha has to help her all the time and fucking terrible scripts. Her discomfort with what creative has been shoveling onto her has been tangible.

Bliss could win and forever be the first woman to have held both the SmackDown and RAW Women’s Championships.

Sasha will likely get involved, most people think to start a heel turn. Personally, I think Bayley is the one that should turn heel. Some of you might poo-poo the idea that lovable Bayley could ever be evil, but people are booing her already because of her shitty booking. Plus, we’ve all forgotten by this point just how damned good Bayley is in the ring and on the mic. It’s pretend fighting, people. She can do a character switch where she just loses her shit at Sasha.

Of course, WWE won’t do any of this.

Randy Orton vs. Bray Wyatt in a House of Horrors Match (whatever the fuck that is) – my immediate reaction is that this is prime piss break material because I will never been entertained by Randy Orton and Bray Wyatt has become so tiresome that I now find Drew Fucking Makeyoutired more entertaining. Bray’s face triggers me to push the FF button.

This fiasco has such a huge possibility for what-the-fuckness that it might accidentally end up being entertaining.

For some vague reason WWE has decided that this is not for the WWE Championship, which undermines Bray even further because he should be fucking furious about that. But whatever. If it’s half as good as the Goldust/Piper parking lot brawl (it won’t be), everything will be fine.

Kevin Owens vs. Chris Jericho for the United States Championship – It’s possible that this could Main Event the show and give us the barn burner that we were hoping to see at ‘Mania, where it wouldn’t have been appropriate for these two to steal the show. Owens and Jericho are two of the best in the business right now and whatever happens, it will be fantastic. We will all be drinking it in, man.

RoBOOOOOOO ReiBOOOOOOO vs. BRAAAAAAAAUGHHHHHHHNNNNN – Everyone calm down and realize that this match is probably going to be fucking awesome. As much as Roman sucks as a character, he can hold his own in a match. And all he has to do here is get beaten up by Braun, which we’ve seen that he is tremendously good at.

Sadly, this is probably going to be seventeen minutes of BRAUN SMASH CITY with a Superoman Punch to finish. Which makes no sense because we have established that Braun can shake off a Big Show Punch. As much as I hate the Big Show Punch as a finish, it would legit knock your ass out.

But if I had to put money on it, I’d say the only reason that Strowman has been booked so strong is so that Roman can beat him and look stronger. I know that’s insane and it’s certainly not how I want things to go, but this is WWE.

Whatever the case, I hope everyone enjoys the show tonight!
Posted by Phantom Troublemaker at 11:00:00 AM