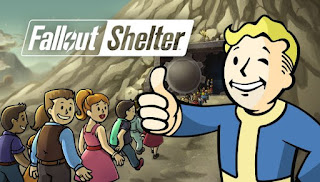 Are you worried that you're getting too much actual work done while you're at work? Maybe mobile games are the answer for you. If you just can't wait until you get home to plant yourself in front of your console or PC then mobile gaming is way better than getting stuck down a Buzzfeed hole.

Most games now are free or freemium (which means you have to pay if you want things to move faster), but the majority of them don't require you to spend your cash. If you've got a Kindle there's Amazon Underground which gives you all of the game at once for free. Yes, Kindle has games (because books aren't enough for kids today). Books were enough for enough for me, but since the games are there I figured I might as well play some. I got Star Wars KotOR for free! It took up too much room to keep on my Kindle forever, but it was fun to play again whenever and wherever I wanted. I just have too many movies and other crap to waste space on a such a big game. I know this makes me sound like I don't use my Kindle for books, but since the other things are there I might as well use them. Many of the games, like Goat Simulator, I screwed around with for a few minutes and immediately deleted. I mean the idea of a goat simulation game sounds genius, but the mechanics sucked and the game itself was repetitive. If you've ever played Jaws Unleashed console game you'll know what I'm getting at.

I do have a couple of freemium games on my phone, but I've only ever put money into one of them (more on that later). Mostly I like playing on my Kindle because the screen is so much bigger than my phone. Plus, since my Kindle is wi-fi only I don't run the risk of over using my limited data. I travel for work so I gotta save those GBs for driving through the hinterlands of Alabama. 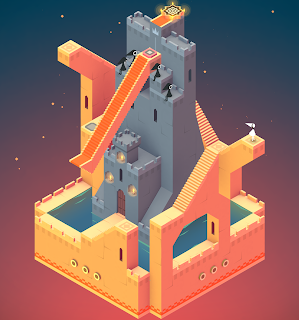 Puzzlers like Monument Valley or Lara Croft Go are fun enough to play through once. Monument Valley was lovely, challenging, and very interesting. Lara Croft Go is basically the same thing, but with a Tomb Raider theme. Either one you choose, once you've beaten them there really isn't much reason to play them again. Maybe if you wait a year or two before you revisit them. Or maybe you could suffer some sort of head trauma so that you forget how to solve the puzzles. Unlocking new outfits for Lara Croft to wear doesn't count towards replayability for me. Dudes might feel differently I suppose. 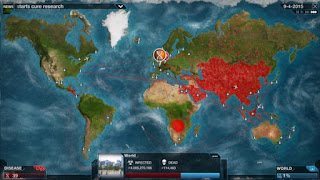 The one game I do keep on my Kindle at all times is Plague Inc., and it's my favorite mobile simulator of all time. I paid a buck for it, and it was well worth it. Most games that let you play God are about taking over or controlling the world. Plague Inc. is about killing everyone in the world instead. You create, spread, and evolve a disease to try and wipe out all human life on the planet. It's kind of a slower paced game, but pretty damn fun, and I'm kind of good at it. The game has plenty of reasons to keep you coming back for more by differing difficulty levels (harder levels means more doctors trying to cure your disease and people avoiding contact with the infected) as well as choosing between viruses, bacteria, fungi, and more. They all act and spread in their own way so just because you master a bacteria based disease doesn't mean that you can handle a nanovirus. There's even a downloadable zombie virus for lovers of the undead (be warned - it's tougher than the movies or books make it out to be). 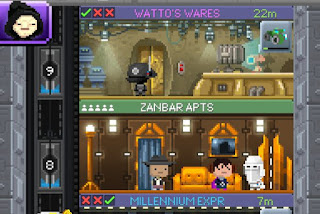 I also highly recommend two building games to keep your days occupied. For Kindle I have Tiny Death Star, and on my phone I have Fallout Shelter. Both are fun, but neither are something that I can sit and spend hours playing. You have to set stuff up to be built or send guys out on missions that can take hours. Pretty much I open them up, get things moving, and then come back later to reap the rewards or take the next step. Fallout Shelter is trying to keep it interesting by adding missions and such, but if it takes my little vault dwellers three hours to reach the start of the mission I'm not gonna sit there and wait. There just isn't enough to do to keep me hanging around for that length of time. Once the mission finally starts there's some entertaining killing to do, but I don't play mobile games because I'm patient. They're both freemium games so I could speed things up if I were willing to pay, but the cost to reward ratio isn't high enough for me. I'm not only impatient, but also demanding. And cheap. 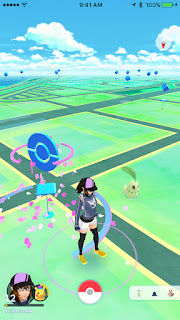 The one I play the most (and actually put a little money into) is Pokemon Go. I loved the  Pokemon cartoons in the 90's, and still have Leaf Green for my Game Boy Advance. So I downloaded Pokemon Go as soon as I heard about it. I enjoyed wandering around catching all of the Pokemon I remembered from almost 20 years ago. It was fairly buggy when it first came out, and after a while the GPS on my crappy old phone couldn't keep up with where the hell I was. Once I got a new phone in February I started back up, and it's improved a lot. The augmented reality aspect of it isn't particularly well done or exciting, but the GPS tie in does force me to get off my ass if I want to find nearby Pokemon. I spend about half of my lunch hour walking to the various Pokestops in my area. If you care about "catching them all" quickly you'll have to spend money to get the items you need to progress quickly. You have to visit Pokestops to get the Pokeballs you need to catch the adorable monsters. Since Pokestops only give out a few balls every five to six minutes you're going to be camping out for a bit if you want to build up a stash. Or you can just pay a few bucks every few months to get the extra balls you need (I know. I'm saying balls a lot. I'm snickering like a 12 year old boy too). Catching a whole lot of Pokemon is the quickest way to level up your avatar. You can also go to Pokemon Gyms (which is the only place you get to fight other Pokemon), but that part of the game is still really buggy and pretty much useless. I have a lot of friends who play, and the ability to trade or fight with them would probably make me play even more (or bring back some of the players who've quit since it first came out). That might not be a good thing though since I'm behind on new books, console games, and real human interaction already. Plus, ever since I caught a Jigglypuff and Pikachu I'm fairly content with my Pokemon life. 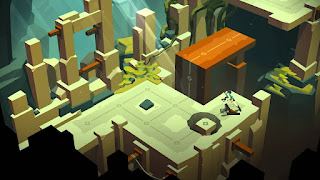 There are obviously many more games than what I've mentioned here. This is just a sampling of what I've played, and enjoyed, the most. So get out there and cruise the app store. Even better, check Amazon Underground where you can get good paid content for free, Now stop working, and get back to screwing around.