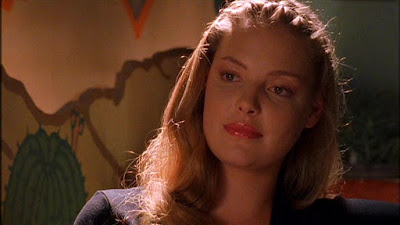 Straight A student.  Most popular in school.  Loves her mother and father.  Outgoing.  Dreams of being a supermodel someday.  Is also the Princess of an alien planet, has alien powers that allow her to walk in peoples dreams, can manipulate the molecular structure of objects, can incinerate people with the wave of a hand and shove people out of doors with her mind, and is also trying to stop an inter-galactic war before it threatens the picture-perfect life that she enjoys on Earth.  So…not your average teenager.

In Part Two of my four-part character study of the Royal Four of the TV Show Roswell, I dissect (wow, poor word choice,) Isabel Evans.  The pretty and popular human woman-slash-Princess of Antar.  Warning:  Spoilers ahead.


The first few Roswell episodes don’t paint a flattering picture of Isabel.  You see a girl who clings tightly to her popularity, who snubs others around her with an almost thumb-nosed disdain, and a pop-culture fancy of that of most teens.  The only times that you see the softer side of her is when she is with her family, having family game nights or family dinners.  She comes off as the Queen of the social clique, only concerned with what she wants in the world of popularity and fashion, ignoring those of less concern on the social ladder.  It’s only as the show progresses that you see not only the real Isabel, but understand why this side of her even exists.

While Michael (as I will explain later) is the one obsessed with learning more about their past so that they can someday go back to their home planet, Isabel wants to learn more so that they can stop their past enemies from destroying the lives that they have built there.  You see with each episode that nothing is more important to Isabel than her family and her life on earth.  She has worked extremely hard to do the opposite of Max as he hides and just blends in, and instead she has worked hard to be a part of them and enjoy the life of her half-human self.  Not knowing anything about a person’s past is hard enough; knowing that you are half-alien yet having no clue what any of that means makes it even harder and makes the desire to carve out a life for yourself that much more dire.  This is exactly what Isabel Evans has done and why you see such a desperate desire from her to cling to what she has.  It quickly takes away from your dislike of her high-and-mighty personality as you see the real reason that she holds so tightly to this aspect of her life.  Even more so as you see her love of family. 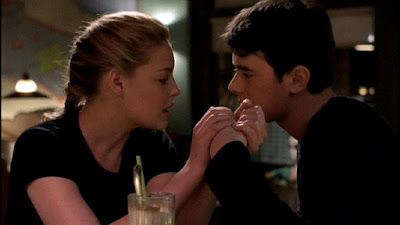 Isabel is dismayed in the course of the show to discover that a personality tests shows her to have strong family ties and care-giving tendencies.  At this stage in her life she is still in the early years of of their self-discovery and still clinging extraordinarily hard to her human teenager livelihood, so that’s understandable.  You see more and more throughout the show how this is an aspect of Isabel’s personality that defines her more than anything.  Her Earth parents are her entire world and the secrets that they have to keep to protect them from their alien heritage are a constant source of internal struggle and pain for Isabel.  Despite her outward popularity at school she lives for the little moments of sitting with her parents at dinner, listening to them complain over silly things like bills and cable prices, or even her mother’s cooking (even when it fails miserably.)  These things become more and more important to her as the show goes on, as they realize that the chances of their enemies catching up to them or the very real possibility of having to leave Earth and engage in an intergalactic war are becoming more and more realistic.  Her connection to Max and Michael are just as strong and have been from the moment they emerged from the pods.  The trio have been inseparable since that day and it is a constant source of not only typical sibling irritation for Isabel, but fear for their future as she learns more about not only their future and past as the King and his Second-In-Command, but of her damaged past and what she did to them in this former life.  And it is this last revelation that leads to dynamic changes in Isabel. 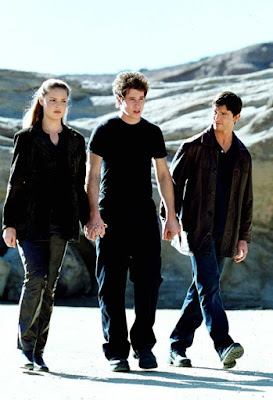 As Season Two opens they have not only learned the truth about their past, but also their future destinies.  Already a strong, independent, and self-sufficient young woman, this newfound knowledge leads Isabel down a path of romantic self-destruction as she begins to focus on nothing more than preserving the life that she has no Earth and her brothers rather than focusing on anything that would make her emotionally happy.  You begin to see a more hardened Isabel, more serious and focused on the task at all times.  While still desperate to keep the life she loves on Earth, her shift becomes less on the trivial aspects of it such as school and fashion, cliques and music, and more on her friends and family.  This desperation is admirable, but it keeps her from realizing what she had during Season One with a very wonderful man could have developed further and not only does she keep him at bay, but doesn’t trust any others past what she could use them for in terms of information on their enemies.  Even after she gets to the point of feeling that she could be free to love in Season Three…well…we see how that was treated.  It seems this is only increased when Isabel finds out the truth about her personal past and how it affected not only her family, but the entire planet of Antar.  She seems to be even more determined to keep people at arm’s length, especially Max and Michael, for fear of doing more damage to them than she feels she already has.  You see more emotion coming from Isabel in this season in the form of fear, concern, self-disgust, and a desire to love yet an inability to focus on it.  Isabel has always been the most self-confident and strong willed of the characters, but at this point in the show you see something in her that you never expected to see; insecurity and fear.  While not my favorite of the aliens, I truly feel that she is among the most emotionally conflicted. 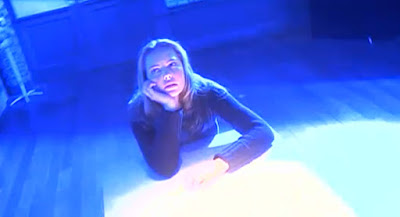 Going into Season Three you see a woman who is trying to move on with her Earthly life.  Experiencing emotional ups and downs as well as loss and pain these past two years, she pushes forward in ways that some argue are a little too quick and aggressive for stabilization and normalcy.  Maybe it was good for her and maybe it was bad; many are on either side of the fence when it comes to her relationship in this third season of the show.  But it shows her growth even further as emotional plugs that she herself inserted in attempts to stop up certain feelings for the purposes of focusing on the task at hand (that later turned to feelings pushed back out of guilt over loss) are finally pulled out.  She begins to start thinking about herself for a change and concentrate on her own happiness, something that she neglected to realize would help to make her more well-rounded and more useful to the team.  You quickly see, however, that her self-destructive tendencies are still in place as she continues to hide the truth and even push her husband back rather than attempt to trust him with the reality of her life.  The growth of Isabel Evans holds some key factors in her personality traits:  Independent, family oriented, emotional, unconcerned with her own needs, and very self-destructive.  You see some of these early on and you see the other traits grow as the show progresses, as the group learns more about themselves and their past.  This is honestly what I love the most about the show; their ability to slow the character development down amongst the chaos of the plot lines around them.  It gives all of them the time that they need to grow and deal with the reality of their world, both on Earth and “other-worldly.” 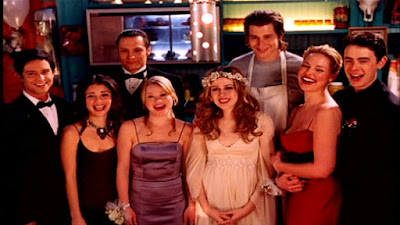 Please enjoy the show from beginning to end; you won't be disappointed.  But for the best of Isabel Evans, allow me to recommend these episodes: 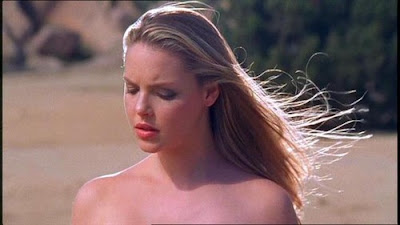 Princess of another planet and Princess of Roswell High.  Betrayer and family glue.  Loyal to her human family but once loyal to her those that turned on her Royal Family.  Dedicated.  Self-sufficient.  Loving.  Fearful.  Hopeful.  Isabel is without a doubt the most emotionally complex and fiery of the Royal Four.  She has more that she deals with internally that one could possibly imagine.  I wouldn’t want to be in her shoes and I can only imagine what the kind of responsibility would be like.  Yet, she handles it wonderfully.  Well, honestly, she handles it like a Princess.