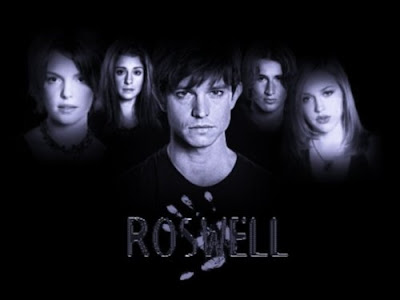 “September 23.  Journal Entry One.  I’m Liz Parker and five days ago I died.  After that, things got really weird…”

Even when I was a teenager I never watched “Teen dramas.”  I guess I felt that since everyone around me kept throwing their real life drama into mine- and since I had enough of my own- I didn’t need to watch fictional “Woe as me” moments of teenage angst.  You do find rare situations, however, when something is put to film that quickly makes you forget the teenage aspect and instead, appreciate the suspense, the scares, the characters, and the freaky paranormal moments.  It might have teens, but it isn’t all about the typical hormonal crap that we are all happy to be done with, feel sorry for our kids for having to go through, and are annoyed at listening to.  Sometimes that rare show can be about much more than that and much more than most adults would want to endure.  The show Roswell hit all of those aspects right on the head. 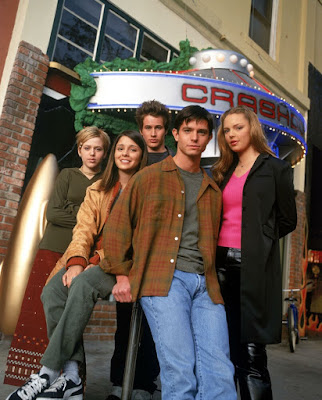 When a show starts off with a literal bang, you know you are in for something.  Not even five minutes in and one of the main cast is shot.  The show doesn’t give time for a slow burn, which in some cases can be a good thing.  You spend the first five minutes realizing that the diner the Pilot opens up in, much like many spots in the heart of Roswell, caters to the alien conspiracy theorists and people hoping to catch a peek at one.  The perfect tourist trap.  Jump straight into finding the gunshot victim, Liz, is enamored with the town’s resident shy guy, Max, who has sat in said diner staring at her the whole time like he usually does with his anger-prone best friend, Michael.  Enter the gunshot, Max rushing to the rescue, and healing her with a touch of his hand...and things just snowball into Crazytown from there. 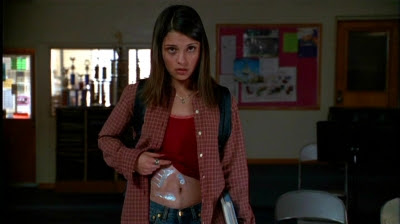 You have these seemingly normal teens that do everything that others do- shop, talk on the phone, and listen to music when depressed- just trying to merge with society and fit in.  Yet it is hard to fit in when one can blow up things with his hands, the other can heal people by touching them and project force fields, and the third can walk through people’s dreams at will and melt darn near anything if forced.  Max, his sister Isabel, and their best friend-slash-surrogate brother Michael, do not know much about their background, but they know enough at the start of the show to know that they are from another planet.  Somehow they look like us, have appetites for the same food (although a weird dietary quirk means they need extremely sweet and extremely spicy foods, so they put Tabasco sauce on EVERYTHING,) and in general live and operate just like any normal human being.  The problem is that they are far from human and as they were dropped here on earth in the Roswell crash of 47 and gestated in pods for decades, emerging as young toddlers ages later, have zero idea as to why they are on Earth in the first place.  So far they have done a fantastic job of blending in and hiding themselves from the rest of the world.  Then Max makes the fatal mistake of saving the life of the girl he loves from a gunshot wound given by a crazy patron in her father’s alien themed cafe.  Local Sheriff investigations lead to State and then to the Feds, and no one can understand why.  But these three do.  They know that saving a life led to suspicion.  And now Liz and her friend Maria have been dragged into their world with no way out and even less understanding than the alien-hybrids have.

The show manages to weave dozens of plot threads and keep them woven.  You piece together more and more details of the alien’s background with each episode and without sacrificing the current character development.  They are discovering Government cover-ups and dodging bullets while trying to avoid detention and failing art class, and with each season the problems grow and change because well, you know, that is just how regular human life works.  One minute you deal with test scores and hormones and the next college applications and marriage.  This show doesn’t forget that these characters are half human, half alien, so they have to deal with double the problems.  Much like Burn Notice, there are so many threads to pull on a long-standing conspiracy mixed with a galactic war (so that you never run out of bad guys that they encounter,) alien creatures that attack them and the planet, artifacts that either help or hurt them on their journey, or just general pieces of a long and complex puzzle that explain more than just their origin.  They also explain the Government’s hand in it all decades ago as well as today and the reason behind the war that led to the alien’s arrival on earth.  Even after they think they have pieced it all together they find how wrong that they are and they still find more pieces to add to an ever expanding puzzle.  And we thought our everyday lives were hard to manage.  Try balancing double the work- and half of it being this dangerous- and see how you handle things.

One of the biggest things that got my attention on this show was the fact that it can be very difficult to pay attention to an entire cast when it is large. Three or four people and you can focus on, but if you have an expansive group to pay attention to, then it can be difficult to give them all due-diligence in crafting a backstory and giving them empathy.  I have only seen a handful of shows pull this off.  Roswell is one of them.  Even characters that start off as minor and innocuous background characters end up so endearing that your heart bleeds for them at every turn.  Episodes are set apart and dedicated at various points to every single cast member, giving them their own piece of the pie and your view of how living the life of a friend to aliens has affected their world.  You become more emotionally invested than you expect, even in the lives of some characters that you swore you would just despise for being utter douches.  Turns out, as the show gives them their moments in the spotlight, you find that they are not the douches that you thought.  This show has an amazing knack for turning things on its ear and making you think that the bad guys are good, the good guys are bad, and the last person you expect to save the day will do it every time.  And they give each of those characters the chance to prove those twisted, reverse-tropes. 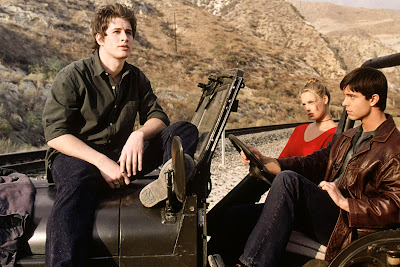 My only regret is that the final season couldn’t live up to its potential.  The show was a cult classic and, when originally being cancelled after one season, fans revolted and sent cases of Tabasco sauce to the studio…a tribute to their sweet and spicy alien dietary quirk.  The fans flooded the studio with so many cases that they had nowhere to put them.  Their voices were definitely heard and the show was renewed.  But, when it got the ax again in season three there was no saving it this time and they had to rush to wrap up every thread that was dangling.  The second half of the season came off rushed.  Things that should have happened more slowly, with battle planning and more strategy, just seemed to fall in their laps in a Deus Ex Machina fashion.  Cataclysmic events just seemed to befall them that would have left even Fonzie saying “Whoa, I wouldn’t have even tackled THAT shark, man!”  It left many fans happy that there was least an end resolution, but scratching their heads and turning to the world of fan fiction to fix it and continue.  If only that could have been repaired. Extended.  I guess there just wasn’t enough Tabasco sauce this time… 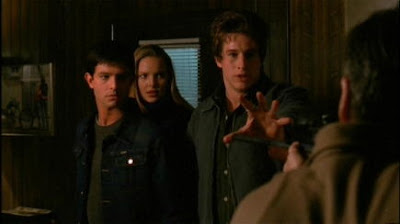 Regardless of the rushed ending, this show is a ride from start to finish.  Alien powers.  Spaceships.  Galactic wars.  Government cover-ups and gunfights.  Alien creatures that try to blow people up from the inside out.  Getting trapped in caves.  Love, hate, fear, teenage drama and adult drama...it covers it all and makes it worth every minute.  Netflix it and let me know what you think.  I promise you it is worth a shot.  Stay tuned to Needless Things for my multi-piece Roswell character study.  First up, we will talk about the King of Antar himself and resident shy kid of Roswell, Max Evans.