Why I Said Goodbye to Nintendo

Once upon a time I was a Nintendo only gamer. It was for a very long time too. From the early days of the NES all the way to the Gamecube. I never even considered buying another brand of console for a very long time. I had gold cartridges, special editions, fancy controllers, the works. I was all Nintendo everything, until very suddenly I wasn’t. While recording an episode of the Needless Things podcast recently Phantom challenged me to write about what caused the switch (no upcoming system pun intended). Since I had nothing more pressing kicking around in my brain for this week’s post I decided to give it a shot. 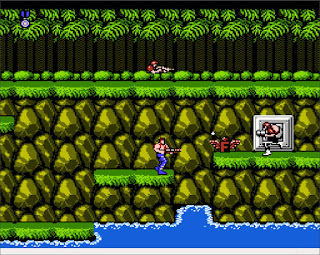 I started with the original Nintendo Entertainment System, or NES, way back in the day. I don’t remember how far back in the day that was, but let’s just say that the seeds for my current gaming blood-lust may have been sown by Duck Hunt. Man I wanted to shoot that dog who laughed at you when you missed! I suppose I’m showing my age there, but I don’t think I’ve ever made a point of hiding it so what the hell. It was such a huge step up from the Atari 2600 that I’d been playing up until then that I was completely blown away. Crude through it was by today’s standards at least we finally had some games with stories, even if they were pretty simple stories back then. They were still better than the stories in games like Pong or Asteroids. So even though the gun that came with that first console kind of sucked I stuck around for Mario, the first 2 Zelda games, Metroid, Contra (I know some of you out there still remember the cheat code), Castlevania, Donkey Kong, and many many more. A lot of those games went on to become platform crossing classic franchises, and this is where they got their start. 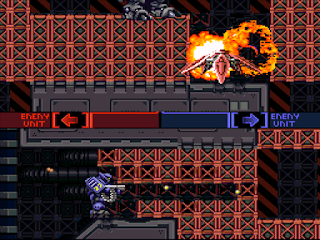 Next came the Super Nintendo Entertainment System which I played well into high school (probably  after high school too), and even after other newer and perhaps better consoles came out. The controller had more buttons, the graphics were better, and by that point all the games were pretty much able to let you save your progress. Thanks for laying that groundwork Zelda! It’s hard to imagine that you used to not be able to save your games. No wonder those first gen games were so hard to beat. I recall fondly wasting days away playing Metal Warriors, Donkey Kong Country, Star Fox, Mario Kart, and one of the all time best games ever The Legend of Zelda: A Link to the Past. I keep my Game Boy Advance around almost entirely to play this game now and again. Half the reason we used to go to one of the local bars here in Atlanta was because they had a SNES set up, and we could play Mario Kart to our hearts’ content. Or until we got too tipsy to drive tiny computer cars.Oh the irony. 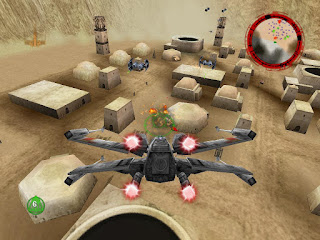 Then I graduated to the N64. As blocky as those graphics look now it really was a huge leap forward in gaming. You want to talk about a time suck? How about epic length multi-player bouts of GoldenEye? There was one day that Gnoll (of dorkdroppings.com), Pete (of...stuff), and I played one match for literally hours. We all found a corner, loaded the only entry point with proximity mines, and then just waited for someone else to make a move. But because we were all in the same room (the days before online play) we could see where everyone was by just looking at their part of the screen. It was possibly the longest gaming stalemate in history. I would let Mr. Tibbs cheat and play as Odd Job, but he still couldn’t beat me. It also helped that I spent a shit-ton of time playing the solo campaign so I knew most of the boards by heart. I usually got “most deadly”, and for a long time that was my badge of honor. Phantom was also our roommate at this time, and he introduced me to the Playstation. I was still living in the fairly harmless and friendly world of Nintendo though (GoldenEye aside). Try not to laugh, but those games were all too complicated and scary for me. I could not imagine myself playing Resident Evil at the time. Considering how much time I spend killing zombies now that sounds crazy even to me. I did play plenty of other games though so don’t think I was a mindless killing machine. I also loved Pokemon Snap, Turok, Rogue Squadron, and the 2 Zelda games for that console. Ocarina of Time and Majora’s Mask. Ocarina of Time is also on my top games of all time list, and I played the ever loving shit out of it. Not so much Majora’s Mask. It was good, but looked and felt too much like Ocarina to be truly great. 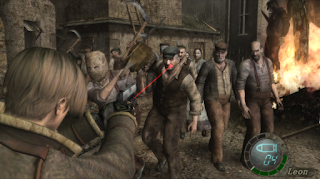 And then my last Nintendo console: the GameCube. It wasn’t a really good system even for it’s time. I knew that the Xbox and Playstation outperformed it in many ways, but I was still a Nintendo girl. I felt upgraded simply for the fact that I was finally playing with discs rather than cartridges. No more blowing! I loved Super Smash Bros., Pokemon Colosseum, Animal Crossing, Metroid Prime, and Prince of Persia. I bought the special edition of The Legend of Zelda: The Wind Waker just so I could get the Master Quest disc and have the ability to play Ocarina of Time on my new console. Twilight Princess was sadly, my last Zelda game. Then Resident Evil 4 came out, and changed everything. What had scared me about playing Resident Evil games on the Playstation didn't apply to RE4 because the controls were so easy. And honestly, I think here's
where the tipping point came. I could play horror games, shooters, and serious games now. Nintendo made a huge mistake signing that exclusive deal for the Resident Evil games. Once it showed an average Nintendo girl what else was out there it was the beginning of the end.

When I had done all that the GameCube had to offer there was no Wii. It was the early-2000’s and it was a time between consoles. It was also a time that Mr. Tibbs decided that he wanted to be able to play sports games, and he didn’t like the Nintendo options. We had gotten an original Playstation several years back on the cheap, and played it here and there. So we got a PS2, and he had all kinds of baseball and skating games while I found out what big girl games were like. God of War, Silent Hill, Shadow of the Colossus, Okami, Fatal Frame, and Final Fantasy. I had a few silly games like Katamari Damacy and Lego Star Wars too, but I had entered a new world, and I guess there was no going back.  Because when the PS2 broke down (I’ll give it to Nintendo in regards to their hardware. That shit held up. My N64 and GameCube still work. I just don’t know how to hook them up anymore) I put in the research on a new console before choosing. At the time I could have had a PS3, Xbox 360, or Wii. Mr. Tibbs was getting less and less into playing games so I didn’t have to worry about having a large selection of baseball games for him to choose from. I think Dead Rising was just coming out at the time, and I remember telling him that I needed to own that game more than anything else in the world. That may have been a big part of the deciding factor. So I went with the 360, and didn’t look back. Eventually, someday I’ll be able to upgrade again and I’m going with the Xbox One. 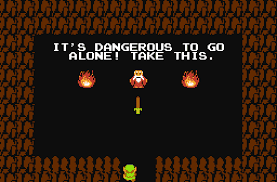 So why did  I leave when I loved so many of Nintendo’s games? I played the Wii, and it was just silly. The game controller and everything else about it felt like a huge gimick. I don’t play video games to have to stand up and do things (which is also why I’m not getting the Kinect for Xbox). Sure it’s fun to play with that stuff at parties, but I’m an everyday gamer. The same can obviously be said for the Wii U, and the upcoming Nintendo Switch. And let’s be honest, Nintendo had always been behind the Playstation and Xbox in graphics and performance. I really miss The Legend of Zelda sometimes (which I'm sure you can tell if you've been paying any attention at all), and I know that the only Zelda games I’ll ever play again are old ones, but I’ve gotten so much more out of my change. Bioshock, Mass Effect, Fallout 3, Dragon Age, Fable, Left 4 Dead, Portal, Assassins Creed, and many many others. Now Nintendo seems more geared towards little kids than to grown ups. And yeah the fact that I’ve just written over 1400 words about game consoles may not be super grown up, but in my games (if nothing else) I’ve matured. Maybe if Nintendo would do the same they could win me back. Given their increasing goofiness I don’t think that’s going to happen anytime soon.