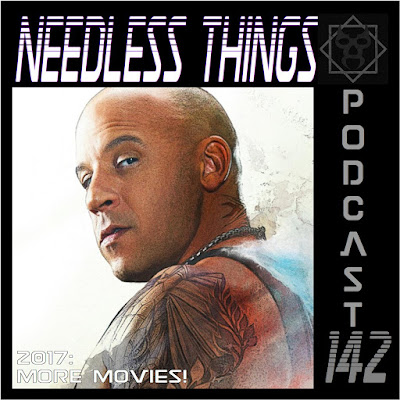 The Needless Things Irregulars look at the jam-packed list of upcoming 2017 movies that didn’t get mentioned by the listeners for last week’s episode!


After basing episode 141 of the podcast on listener comments about what they were excited for in 2017, Phantom realized that a ton of great movies had been left out of the conversation. This week, the Irregulars seek to rectify that oversight by discussing some of the movies coming out during the first few months of the year - Resident Evil: The Final Chapter, John Wick: Chapter Two, Ghost in the Shell, and plenty more!

Listen in as Phantom Troublemaker, Beth V, Mike Gordon, and the Rad Ranger return to talk about all of the stuff that isn’t Marvel, Star Wars, or DC!

If you enjoy movies, pop culture, or Needless Things, you might enjoy SupportPhantom.com.
Posted by Phantom Troublemaker at 11:00:00 AM