Phantom on Marvel – Agents of SHIELD 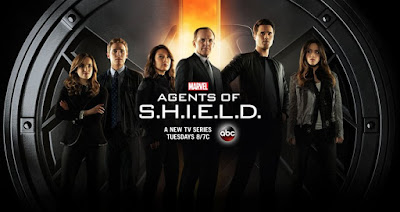 Today I’m going to write about Marvel TV. Live action TV, that is. I’m not getting into cartoons because they’ve been around so much longer and also because Spectacular Spider-Man and Avengers: Earth’s Mightiest Heroes were so perfect and what has replaced them is, in my opinion, hot garbage.

Superhero Squad was great, too.

This post was originally going to encompass everything – Agents of SHIELD and all of the Netflix stuff – but it turns out SHIELD gave me plenty to go on about on its own. Stay tuned for what might be individual pieces for the Marvel Netflix shows.

Sometimes this show feels like a rollercoaster, but one with high highs and only middling lows. It’s worst crime is being dull or tedious rather than outright bad. I’ve never thought for a second that the show’s quality was sub-par, but there have been pacing issues from time to time.

Like most modern, 22-episode shows that maintain season-long arcs SHIELD tends to drag in the middle. The seasons almost always start big and go out with near-cinematic events that tie up loose ends and open new storytelling avenues, but the in-between time can involve some noticeable padding.

For last season and the current season a new emphasis on mid-season finales has helped this a bit. I’m all for cutting all of these shows into two distinct arcs per season, though some elements could carry over.

Where this show shines is in its treatment of characters. Well, the ones it doesn’t kill or shoo off, anyway.

The individual story arcs and personal journeys on Agents of SHIELD are remarkable. When you take each of the original primary cast members – Coulson, May, Skye/Daisy, Ward, Fitz, and Simmons – and look at where they were three years ago versus today, it’s remarkable. These individuals have been challenged, hurt, and rewarded and have changed in an organic and fascinating way over the course of the show. They learn and grow and change their worldviews. I don’t know that I can think of very many “primetime dramas” where such real and significant change has occurred amongst so many characters. If you look at the history of evening television, charatcers tend to just stay mostly the same. 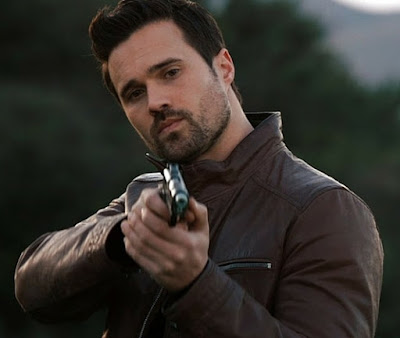 Certainly we haven’t often seen anything like what SHIELD did with Grant Ward, one of my favorite characters/storylines in television history. I don’t think Bret Dalton gets enough recognition for what he did on this show.

For whatever reason, SHIELD doesn’t compel me in the same ways that the CWDC shows do, even though I consider it to be a superior product. It looks slicker, the stories are tighter, the characters are much more relatable and human and don’t behave like shits. But it isn’t destination viewing and I cannot figure out why. Typically a couple of episodes will build up on the DVR and I’ll watch. I just don’t have that itch to see it every week. 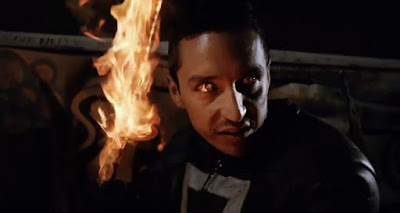 Although that did change with this season. I couldn’t get into the first episode because this isn’t “my” Ghost Rider, but once I sat down and took in the first three episodes I was hooked. I really liked where Daisy was and liked her working with Robbie. And Gabriel Luna was great. He played tortured without being annoying, a trick that not many actors can pull off. 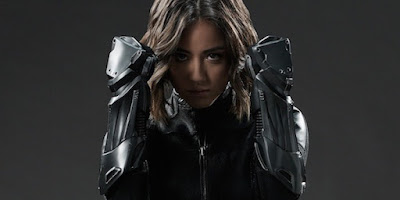 I’m very satisfied with where Daisy – ostensibly the main character of the show – ended up at the break. She has come from being an angry hacker to an agent in training to a full-fledged agent to a person devastated by new, Inhuman powers to a representative of a newly known species to an outcast and now back to being an agent of SHIELD. Her journey has been incredible and Chloe Bennett has been absolutely killing it the whole time. I actually got a little misty when the new Director, Mace, said “Agent Johnson” at the end of the last episode.

The way that the Ghost Rider story unfolded was excellent, as was pretty much every other aspect of the season so far. I love where our main characters are now. Seeing Fitz and Simmons operating not only independently but with such competence is so rewarding for those of us that have been with them from the beginning. 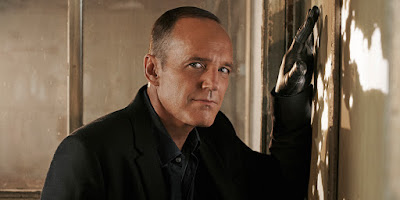 Coulson is still very much the man he was, but with a lot more pain to carry around. While his character may seem unchanged at first glance, it’s only because his job is to be a rock. Above all else, he must maintain. He’s the rock and that’s why he went to Tahiti in the first place. He is needed. That’s the hardest part of watching terrible things happen to him – you know he’s just going to have to carry on. And as much as Mace is the new Director, Coulson is still the Man. 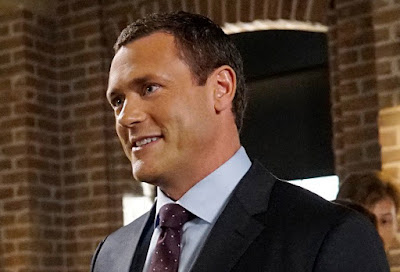 Speaking of Mace, I’ve been enjoying Jason O’Mara as Batman in DC’s animated movies for years now and am loving him on screen as the new Director of SHIELD. He started off with this ambiguity and seemed to almost certainly have something to hide. But he was charismatic and genuine enough that I didn’t want him to be another villain hidden in the ranks (a story which this show has hopefully done for the last time).

I’ve just now realized that we’re only eight episodes into the current season rather than the eleven I had assumed, which explains why things feel like they’ve moved along so efficiently. I wonder if the show could use a model of two eight episode arcs and one with six to eliminate the drag. We know the next storyline is about the Life Model Decoys and that Ghost Rider is (seemingly) done. Perhaps the LMDs could be the six middle episodes and another eight episode arc could finish things up. Or perhaps another six with a two episode finale story.

Whatever the case, I am as excited about this show returning next year as I am any other; more than most. While I’ve always followed, this season’s start has reinvigorated my enjoyment and made me love these characters all over again.

Agents of SHIELD is brave and ballsy. I feel like they don’t compromise their stories or their characters. From its beginnings as an offshoot of (and cash-in on) the successful Marvel Cinematic Universe to becoming its own entity with an almost independent narrative impetus, this show has done an admirable job of telling stories and cultivating interesting characters. Regardless of its interconnectedness with the MCU, it has earned my fandom. I’m on board.

And remember - my blade is plenty sharp. And an ax. 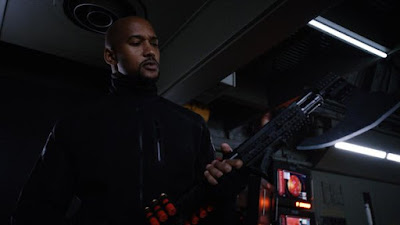 If you enjoy Marvel comics, television, or Needless Things, you might enjoy SupportPhantom.com.