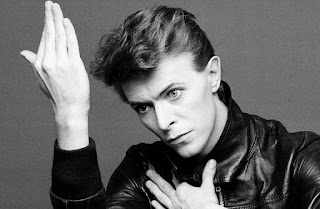 Oh 2016 I will not be sad to see the end of you. Sure some cool stuff happened along the way, but too many great people keep dying. Not to mention all the horror and madness in the world right now. So yeah, I’m ready to move on. And for once I’m going to try and be positive by talking about the good things that we did get out of the year. Phantom gave us a lot of ideas on what to talk about this week, but I’m guessing mine will look a bit different since I’m not into quite the same stuff as he or our other contributors are (I do not have a pick for best toy line or company). I’ll list my nominees, and follow with my pick for winner along with my reasoning why (just to let you know how this will work). So without further ado let’s talk about my picks for The Best of 2016.
Best Returning TV Series:
Red Dwarf
Game of Thrones
Ash vs Evil Dead

And the winner is: Red Dwarf
As glad as I am that the second season of Ash vs Evil Dead was so much better than the first (I'll admit that I wasn't so sure after the first few episodes, but man it's gotten good) I went with Red Dwarf because loved it and missed it for so long. If you don't know about Red Dwarf then I suggest you learn. It's a hilarious space comedy set 3 million years in the future featuring the last human alive, a creature who evolved from his cat, his former roommate (whom he hates), and a compulsively cleaning android. It's British so don't let yourself be put off by the seemingly odd premise. It started up in 1998, and it's finally all out on DVD (and streaming on Hulu or Amazon I think). They tried to bring it back in 2009, but it didn't work, and it wasn't as funny as I had remembered it being. It came back for a tenth season in 2012, and had gotten much better. It's back this year for season 11, and it is back on form. There's at least one more season to come so if you start now I'm sure you can finish the back episodes before the next one comes out. 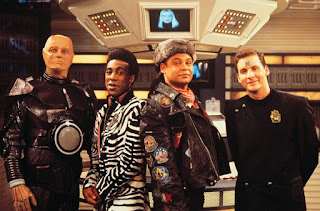 And the winner is: Westworld
Who would have thought that such a cheesy movie from the 70's about a robot cowboy theme park would make such a fantastic TV show? Certainly not me, but it is so fucking good. The acting, the writing, the Ed Harris. Hell I don't even like James Marsden, but I was rooting for him like I never thought I would. I loved Stranger Things, but here's the problem with streaming an entire series at once - I was done in two days. There was no anticipation, no "holy shit! What the hell is going to happen next?" because I could immediately find out what was happening next. That's my only real issue with Netflix original shows. If I can watch them all, I'm going to watch them all. Same deal with Luke Cage (which was sooo much better than Jessica Jones). "Okay, I'm done. Now what do I do for a year while they make more?" With Westworld I was dying to see what would happen next week. HBO has really cornered the market on Sunday nights. Now if they could just arrange it so that as soon as a season of Game of Thrones ends a season of Westworld begins I would really be content to just skip The Walking Dead altogether. 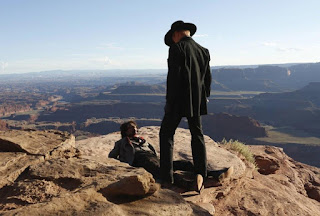 Best Album:
Blackstar by David Bowie
We Got it from Here...Thank you 4 Your Service by A Tribe Called Quest
A Moon Shaped Pool by Radiohead

And the winner is:
Shit, I really can't call this one. It really depends on my mood I think. They're all so different, and all winners for different reasons. Blackstar made me cry the first time I heard it after David Bowie died (it is great for more than just the fact that it was his last album though). Radiohead has been a little on the serious side the last few albums, but I still love them. Tribe is always fun, but sometimes I feel like being serious. It's too damn close to call. They all win!

And the winner is:
Well, it would have been Doctor Strange until I saw Rogue One. So yeah, it's Rogue One. I'll admit that I didn't see a ton of good movies this year. For some reason only Marvel seemed to be able to get me off my ass to the theater hence the two Marvel movies in the running. Sure the Absolutely Fabulous movie was fun (certainly not fine film making though), and Love and Friendship was also good (I know Whit Stillman and Jane Austen separately or combined turns a lot of people off), but there were also a lot of very disappointing movies this year (more on that to come). So I guess after being burned it was easier to stick to what I knew would at least be entertaining. There seems to be a division of nerds over whether Rogue One or The Force Awakens was better. I'm coming down firmly on the Rogue One side simply because it wasn't a set-up for the next movie in a series. Rogue One took what was great about the Star Wars franchise, and expanded it into the rest of the galaxy. I had always wondered what the hell was going on everywhere that wasn't Tatooine. I had also always wondered how the first Death Star had such a terrible design flaw. I would be fine with "one off" Star Wars movies. Now if they'll just do a movie about stealing the plans to the second Death Star so I can see what happened to those Bothans. I really just want to see what the hell Bothans look like on film dammit. 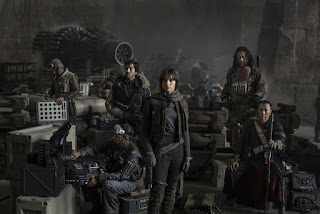 And the winner is:
Well all of them I guess, but Miss Prergrine's (I'm not going to keep typing that whole thing out) was probably the most disappointing. See, I do watch non-Marvel movies. I saw a lot of really bad movies this year too, but these are the movies that I thought would be good and just weren't. I read all three of the Miss Peregrine's books, and I love Tim Burton so I expected much better. The Legend of Tarzan also wasn't good, but I had heard that before I saw it. I'll admit that I mostly just watched it anyway to watch Alexander Skarsgard run around without a shirt on. But since he didn't even take his clothes off until over halfway through the movie I was disappointed in that as well.

I wish that I could talk about my favorite new video games, but since I don't have the money to upgrade to a new console I'm living in the past. In case you were wondering that's why I don't really write about games anymore. If you want a review of games that are 2 to 3 years old I'm your woman though. I don't really keep up with comics, I haven't watched wrestling on the regular in 10 years, and I don't collect toys. I'm starting to sound like a bad nerd. But then my brother did make me this for Christmas: 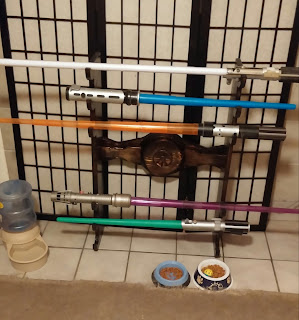 which completely blew my mind, and makes me feel pretty okay about my nerd level. It might be the coolest thing ever, and I am exactly the kind of nerd who has always wanted a lightsaber rack (ignore the cat dishes and fireplace screen. This is only temporary until I get it hung on a wall). Way to end the year on a high note 2016!