Phantom on Marvel – The Movies 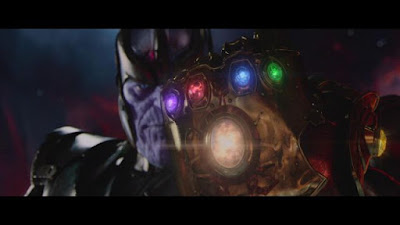 I’ll start with the movies because those are the biggest and most consistently good things Marvel has going right now. This is being written on November 3rd, so I haven’t seen Doctor Strange yet. I’ll be seeing it with the family tomorrow. But I think it’s relatively safe to assume that it turned out great and everybody loves it. I’m sure we’ll discuss it on Friday’s episode of the podcast. If you're so inclined, you can read my review here.

It’s weird – Civil War feels like it came out so long ago. The Marvel Cinematic Universe exists as this weird ongoing story that feels like it is taking forever to play out, and yet is moving along at an unbelievable pace compared to other movie franchises. Eight years in and we’ve got fourteen films. Starting next year and presumably every year after that Disney is releasing three MCU movies annually.

I am not worried about burnout. I love the movies and feel that there’s more than enough diversity in style, tone, and characters to keep things interesting.

Let’s face it – the rest of Hollywood isn’t exactly doing a bang-up job of putting compelling entertainment in theaters. It’s good to know that there’s a reliable source of ongoing entertainment. The MCU hasn’t stumbled yet and in my personal opinion there’s no reason to believe they will.

And yeah – I am well aware that there are people who don’t like Iron Man 2 or 3 or maybe The Incredible Hulk or even the Thor movies. But I don’t agree with those people and neither do the box office numbers.

Man, I especially don’t get the people that say the Thor movies aren’t good. I love those. Granted, to some extent I love all of the MCU movies, but Thor and The Dark World are, to me, the truest examples of how superhero movies can be so much more than guys in tights punching things. These are epic fantasy films! I think people have a tendency to focus in on the time Thor spent on Earth in the first movie, but remember – we saw Asgard and Jotunheim and they were magnificent. The Warriors Three were realized on the big screen and they were perfect! And The Dark World doubled down on that fantasy and delivered even more mythology and epic action.

I think one of the challenges of adapting Marvel’s characters is that there is so much history and so many stories that no matter what you do you’re going to omit or change somebody’s favorite thing. It simply isn’t possible to translate every aspect perfectly and it definitely isn’t feasible to tell every story in the same way. Especially in the shared universe that Disney is creating. Comic books allow for a lot more hand-waving and dismissing of decades-old continuity contradictions than the current ongoing films do.

All in all I am thrilled with the Marvel Cinematic Universe. I own every movie except for Age of Ultron and me and my son have watched all of them multiple times. I will admit that some are better than others, but I would never call any of them bad.

Side Note: I don’t own Age of Ultron because when it came out I was planning to buy the Amazon Exclusive Phase II box set. But then I read reviews of the set and decided it wasn’t for me. Since then I’ve looked for it from time to time and have yet to find it for a reasonable price. I’m not paying twenty-five bucks for such a huge blockbuster movie and I have to say that I’m a little surprised it never leveled out below that. 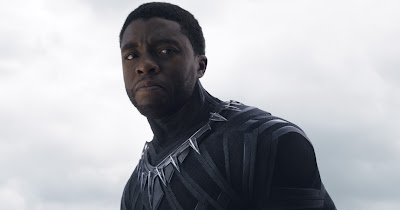 I don’t want to get too deeply into the future of the MCU, but here are a few thoughts:

T’Challa could be the new central character in the way Tony Stark has been since 2008. Chadwick Boseman was phenomenal in the short time that we got to see him in Civil War and I think that the way the Black Panther story has been set up allows for an amazing number of storytelling possibilities. My dream event is a massive war between Wakanda and Latveria.

Yeah, I know that a lot has to happen before that story could occur, but I think introducing Doom as a nemesis for T’Challa and then  introducing the Fantastic Four could really work in the context of the MCU. Maybe I’ll write more on that someday.

I don’t want Steve Rogers/Chris Evans to leave the MCU, but I absolutely want a story where Anthony Mackie has to deal with taking on the mantle of Captain America. There are plenty of ways to keep Rogers in the mix while this occurs. Given the pairs’ current outlaw status it would take some doing to get there, but I hope to see it happen.

Bucky as Cap is something I am less interested in and think it would take a lot longer to get there. That guy needs a lot of redemption and good press before I can see that happening.
Guardians of the Galaxy Vol. 2 is coming and I feel very strongly that James Gunn should be allowed to do whatever James Gunn wants to do. The first movie stands as a pop culture milestone even beyond its status as a massive expansion of what the MCU can be.

Everyone except the most curmudgeonly of louts loves it and I think it’s a shining example of what kind of magic movies can achieve when the right creative vision is allowed to flourish. I was hoping its success would spawn a slew of awesome outer space adventure movies (and maybe even inspire the long-awaited Masters of the Universe live action film), but unfortunately Hollywood opted for a number of unbelievably lame movies like Jupiter Ascending and killed the concept.

Side Note: If you liked Jupiter Ascending that’s okay. But I couldn’t watch more than twenty minutes of it and it didn’t make any money, so I feel comfortable referring to it as lame.

Tom Holland was awesome as Peter Parker. Spidey is one of my guys much more so than any other MCU character, so I have a lot invested in Homecoming. I have to admit to also being a little bummed that he won’t get more focus. That’s one of the problems with this big, shared universe – there are so many characters that many of them don’t receive the focus we’d like them to have. Spider-Man deserves the kind of franchise that Sony wanted to build around him (but simply weren’t capable of), but now he’s attached to everything else in the MCU and has to build around all of that. I’d love to have a Spidey movie every three years, but how can that happen with everything else on Disney’s plate?

I am as excited for Thor: Ragnarok as I am any other movie that’s coming out. I love Asgard, I love the characters, and I love the idea of a Thor adventure that doesn’t take place on Earth at all. I never read Planet Hulk because I haven’t read a Hulk comic since Peter David was writing them, but more movie Hulk is a nothing but good. I liked Edward Norton as Banner more than Mark Ruffalo, but that’s like saying I like cheeseburgers more than pizza.

I can’t even speculate on Infinity War. It’s too big and too involved for me to put too much thought into. How can it deliver? How can it be more epic than what we’ve seen, including by that point two Guardians movies and Ragnarok? How can so many beloved characters be done justice? Civil War managed to use a huge number of characters very well, but Infinity War not only has more characters but a much larger universe to deal with. I have no doubt it will be awesome, but my brain can’t wrap itself around how.

Do I want the Guardians to show up in it? Of course. But I don’t want them coming back to Earth and joining the Avengers or anything like that. 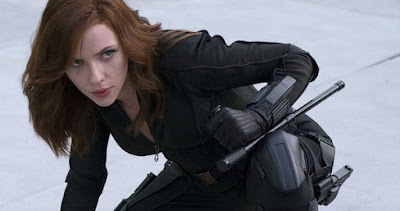 Speaking of coming back to Earth and joining the Avengers, is it weird that Marvel has chosen to make the comic book version of Captain Marvel a giant douchebag while her film is in development and receiving so much attention? Additionally, why a Captain Marvel movie before a Black Widow movie? Sure, Scarlett Johansson hasn’t had the best box office success headlining movies, but you’d think the name recognition of Black Widow and the guiding hand of Kevin Feige would be enough to make that happen.

More on the Captain Marvel situation when I get around to the comics post.

Then there’s Ant-Man and the Wasp.

While Guardians of the Galaxy stands as the example of how epic and fantastic the MCU can be, Ant-Man showed us that it can still provide smaller scale, intimate stories that take place in just a corner of the Marvel Cinematic Universe. I loved seeing Paul Rudd interact with the Avengers in Civil War and I look forward to whatever these characters do in Infinity War, but I’m hoping that Ant-Man and the Wasp stays grounded like the first movie.

Finally, I don’t ever want the X-Men in the MCU. I just want FOX to do better with them. But if Deadpool somehow showed up for a few minutes to annoy Tony Stark, I think that would be okay.

Check back next week for my thoughts on Marvel’s comics, and then the following week for a look at Marvel television!
Posted by Phantom Troublemaker at 11:00:00 AM