Phantom on Marvel – The Comics 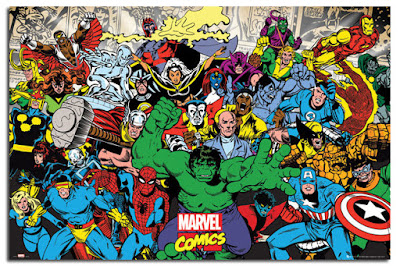 Since I started the Needless Things Podcast the frequency of my commentary and speculation pieces has been dwindling. I enjoy talking a lot more than I enjoy writing and I enjoy conversation more than I enjoy tossing lengthy essays out into an unresponsive void.
Plus, now that I have paying supporters on SupportPhantom.com (few though they may be) I feel a little more obligated to post stuff there when I am taken with the desire to write.
But every once in a while I still get the itch to post something here that’s a little broader and more interesting than a toy review. Which is why I’m here today.

Today is comic book day. I’m going to write some about my history reading Marvel comics and some about what I think of Marvel right now. 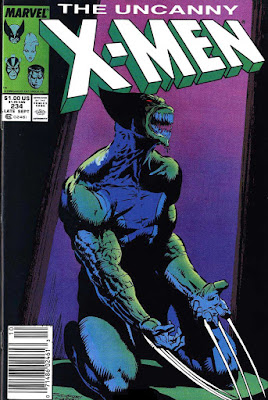 I’ve often stated that Uncanny X-Men #234 is the comic that got me invested in sequential storytelling and started me collecting. But that’s not really true. Six years earlier I got hooked on Larry Hama’s GI Joe: A Real American Hero. 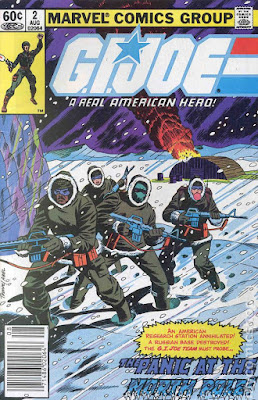 Hama presented interesting characters in an ongoing, compelling story that I wanted to follow every month. I looked forward to going to the grocery store or drug store with my mom in the hopes that a new issue would be out. GI Joe is my sentimental favorite toy line and the adventures that Hama presented in the comic, not to mention the file cards that he wrote, are a big part of that.

But I couldn’t collect every issue of GI Joe. Back in the early 80s I had no way of knowing when issues came out or how they were distributed and the occasional trip to the store wasn’t going to provide a full run.

Uncanny X-Men #234 is what led me to discover comic book shops.

I got that issue from a general store at Carolina Beach. It was on an old school spinner rack with issues of Detective Comics, Conan, New Mutants, Green Lantern, and Solo Avengers. I bought several comics that day, but the one with the lurid, green and purple cover with the monster on it is the one that embedded itself in my psyche. The next issue I was able to purchase was #239, which started my all-time favorite crossover, Inferno. But there was a four issue gap in the story and I had to know what had happened.

I can’t remember the details of how we found a comic shop, but that would be a story for another day anyway. My point is that it was a Marvel comic book that compelled me to become a regular reader and collector.

Aside from picking up the occasional Batman comic I didn’t venture into DC comics until I discovered Hellblazer. But Marvel wrapped me up in a warm blanket of hype and storytelling and carried me through what I suppose was the second and most important phase of my comic book life. The first phase was discovering GI Joe and Uncanny X-Men and recognizing comics as a valid form of entertainment that I enjoyed. The second phase was making the format a habit and a regular part of my life.

I’m in a bit of a flow here, so let me lay this out as I’m thinking about it for the first time ever:

Phase One: Recognizing comics as a valid form of entertainment that I enjoyed
Phase Two: Making the format a habit and a regular part of my life
Phase Three: Learning about the people that create comics and determining who my favorites were while at the same time learning the histories of the characters I liked
Phase Four: Expanding beyond the titles that I was familiar and comfortable with and discovering new writers, artists, and characters
Phase Five: Trying every new thing that becomes available
Phase Six: Deciding new things suck
Phase Seven: Deciding everything sucks
Phase Eight: Okay, some stuff is still good
Phase Nine: Man, lots of stuff is good!
Phase Ten: Slow down, junior 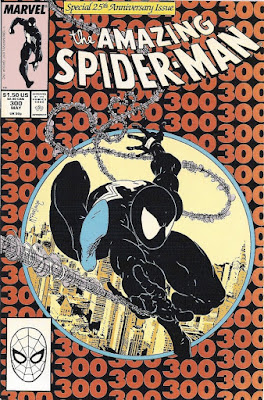 Phases Two and Three were spent in the Marvel Universe reading mostly X-Men and Spider-Man books, but occasionally going further afield. Phase Four is where I started to read more DC, Vertigo, and a few independent books, but that’s another post.

Over the years I’ve gone through phases where I was more and less invested in comic books, but I’ve usually stuck with or at least stayed aware of what was happening with the X-Men. Age of Apocalypse – many people’s favorite thing ever – was a stopping point for me. I did not like it. And I get flack every time I mention that. Just for the sake of argument, let’s pretend that everyone is allowed to have their own opinions and taste, okay?

I dove back in after Scarlet Witch blooped most of the mutants out of existence. As much as I hated that concept, I do feel like some good stories came out of it. After that I was a fairly constant reader until a few years ago when Rick Remender stopped writing X books and Brian Michael Bendis started. I was appalled that Bendis was being allowed into my corner of the Marvel Universe. I love Ultimate Spider-Man and a couple of other Bendis books, but I find his writing on team books to be intolerable. His written dialogue is some of the worst and he writes every character exactly the same. 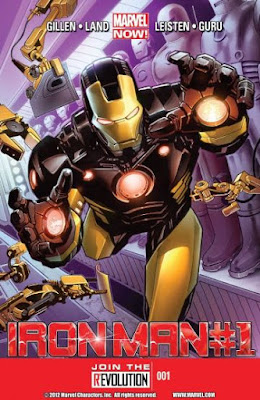 Once the Marvel Cinematic Universe started up I wanted to check out some of these characters. I read some various Iron Man comics for a while. Kieron Gillen’s stuff was great, Matt Fraction’s was less so. He took twelve issues to tell a one issue story. I might be exaggerating, but not by much.

I read books about Thor, Hulk, Captain America, and other Marvel mainstays. I couldn’t tell you much about them. It was rare that I stuck around for more than a few issues and I can’t remember any of the stories I read about the main Avengers. I did like Remender’s Uncanny Avengers, though. At least, up until that terrible “AXIS” storyline. It started off well enough, but once Red Skull turned into full-on Red Skull Onslaught it got bad quick.

I checked out Original Sin and apparently was the only one that enjoyed it. I waited until the whole thing had been released, though. Taking it all in at once might have made a difference.

Okay. I’m rambling. That’s what happens when you write a post over the course of three weeks. Let me get back on track. 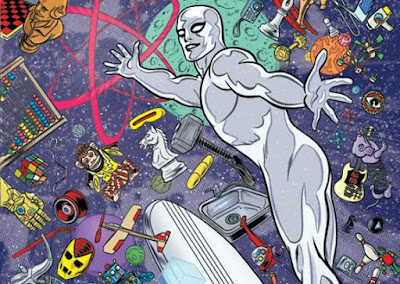 And Howard the Duck and Mockingbird, both of which were excellent and recently ended. Plus I do intend to get caught back up on Spider-Woman. I dropped it when they did the “Spider-Women” crossover because I didn’t think it was good and I knew we were heading right into “Civil War 2” after that and I was confident that wouldn’t be good, either. But it turns out that one had a minimal effect on Spider-Woman. The book was great, so I want to add it back. 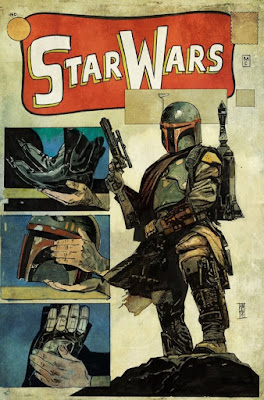 Speaking of excellent, I also buy all of the Star Wars books, but they don’t really count for this conversation. I’m mostly talking about superhero books and stuff that is a direct creation of Marvel.

To me, that reeks of editorial problems with Marvel’s general direction. The only titles that I enjoy are the ones that are on the fringes of the Universe where creators seem to have a bit more leeway with storytelling and aren’t getting bogged down by events.

Honestly, what is even the point of getting attached to an X-Men book? Even if I like it, whatever story is being told is going to be derailed by some mandated event within six months. I’ve seen it happen again and again over the years and I’m over it. I’ve given up.
When I get hungry for X-Men stories, there are plenty that I haven’t read that I can track down. Not to mention the hundreds of issues of old X-books I already own and wouldn’t mind reading again. The same goes for Spider-Man. As for the Avengers, I have to admit that most of them aren’t inherently compelling enough to me to go out of my way to check anything out.

So how have I decided to buy so few titles? What goes into my decision to avoid most of Marvel’s books?

As I mentioned, the inevitable story-breaking events are a major deterrent. I also keep up with recaps from various websites so that I can stay current and pick something up if it sounds interesting.

Of course, there are also my monthly Previews rundowns. I have a pretty good idea of who’s writing and drawing what and if anything new looks good. I’ll add stuff to my pull list from time to time and let me tell you - I have a big ol’ stack of #1 and #2 issues from books I’ve dropped. Maybe I’ll do a giveaway sometime.

So help me out here, Phantomaniacs – what’s good? What are you reading? Am I shortchanging Marvel’s quality or am I spot-on?

Let me know. Drop me an email or join the Needless Things Podcast Facebook Group and talk about it with the Irregulars!

Next time we’ll be talking about Marvel on TV!

If you enjoy comic books, mutants, or Needless Things, you might enjoy SupportPhantom.com.