31 Days of Halloween: The Phantom Channel Listings for October 10, 2016 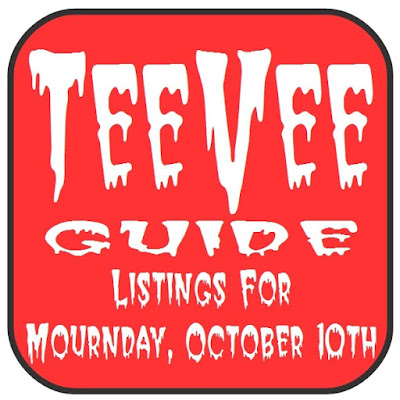 Welcome to the second week of 31 Days of Halloween here on Needless Things! We have all kinds of stuff in store for you guys this year, ranging from creepy to kooky to mysteriously spooky to gory and unforgettably disgusting. We’ll look at spooky toys, horror movies, and all manner of things that go bump in the night.

Halloween is one of my favorite times of year and I tend to dive into appropriate subject matter wholeheartedly. One of the cornerstones of the season has always been television. Once October rolled around, I would start making schedules of all of the creepy stuff that would be on – from the classic Halloween specials to horror movies to special Halloween episodes of shows like Knight Rider and Roseanne. If I missed the Halloween episode of one of my shows, it would haunt me the rest of the year (pun intended)!

THE EVIL THAT MEN DO
Morning 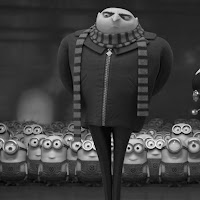 8:00 – The New Scooby-Doo Movies “The Mystery of Haunted Island” – Animated
Mystery Inc. and the Harlem Globetrotters team up to foil an evil scheme. (43 min.)

9:00 – The Smurfs “The Smurfette” – Animated
Gargamel creates a female Smurf to sow confusion amongst the Smurfs. (22 min.)

10:00 – Gravity Falls “The Hand That Rocks the Mabel" – Animated
Dipper is concerned about a new neighbor trying to woo Mabel. (22 min.) 3:30 – Spider-Man “The Menace of Mysterio” – Animated
Someone is framing Spider-Man for crimes he didn’t commit. (21 min.) 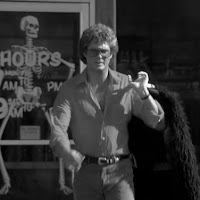 7:00 – The Simpsons “Black Widower” – Animated
Sideshow Bob is released from prison and has plan’s for… Selma? (22 min.)

8:00 – Once Upon A Halloween – Animated
The Evil Queen recruits Disney villains to help her take over Halloween. (53 min.) 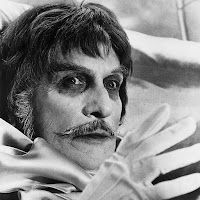 2:00 – The Abominable Dr. Phibes – Horror – Vincent Price, Joseph Cotten
Dr. Anton Phibes seeks revenge on those he believes responsible for the death of his wife. (94 min.)

4:00 – Cape Fear – Thriller – Robert Mitchum, Gregory Peck
A lawyer and his family are terrorized by a sinister ex-cinvict.(105 min.)