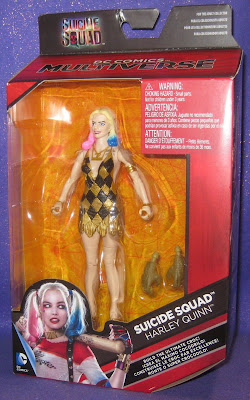 I have talked a lot of smack about Mattel in my time. But as a customer that has spent an awful lot of money on their products over the years I feel that it is my right. At the same time, I have given them credit when credit was due. Those times have been less frequent, for sure, but occasionally they do get it right.

I’ve been getting both snobbier and more selective lately with what I spend my toy money on (it’s about time, right?) and Mattel has mostly fallen by the wayside. There are various reasons for it that would comprise a whole other post, but the company that once dominated my toy budget now receives almost nothing. The only time I consider spending money on a Mattel action figure is when they can offer something that nobody else has (yet).

Side Note: As an example of my cutbacks, just this morning I passed up the new Star Wars Black Ahsoka Tano. The figure looks incredible and I’m a big fan of Ahsoka for having the best story arc of any Star Wars character, ever. And it might have even been marked down to fifteen bucks. But I just don’t need it. So I left it there.

That brings me to today’s subject – the Amazon Exclusive Harley Quinn.

I saw the whole first wave of DC Multiverse Suicide Squad figures several weeks ago and was not impressed. Deadshot looked okay, the Jokers were so-so, and the Harleys were just ugly. This is my opinion and others may or may not agree, but the way Mattel did the shorts killed the Harley figures for me. I also wasn’t too impressed with the character selection. Multiple variants of the same character rather than just releasing the Squad. More of Mattel’s bullshit and more manipulative sales tactics that I wasn’t going to play along with, even if the figures had looked great.

Then this figure popped up on Amazon and looked pretty good. And was a costume variation that it didn’t seem like anyone else was going to produce. One of the reasons I like modern Harley so much is that she works with so many different looks. I have a small but growing shelf of different Harley Quinn figures and this one is notably different. So I presorted it, knowing full well that it could end up looking terrible in person.
Did I make the right call? 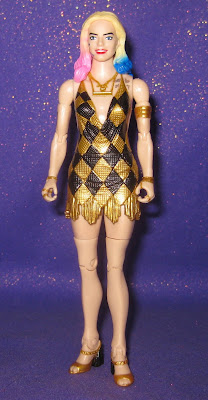 One thing that I have traditionally been able to say about Mattel’s action figures is that they tend to look better in hand than they do prior to release in online pictures. That’s the case here. Harley is loaded with small sculpted details and has some nice paint going on. This wasn’t a figure that I had to open to decide whether or not I liked it. I could tell it was solid in the box. 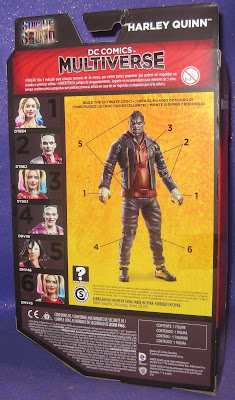 Speaking of the box, this is the new DC Multiverse box. I talked about it in my review of the Dawn of Justice Wonder Woman that I got all excited about and bought.

I’m a little surprised Toys R Us and Walmart are carrying figures with “Suicide” printed on them in any way. Then again, I’m still shocked that the movie made it out with the name intact. I wrote sometime last year that I’d bet money it would end up being retitled Task Force X or something. I’m glad nobody took me up on that. 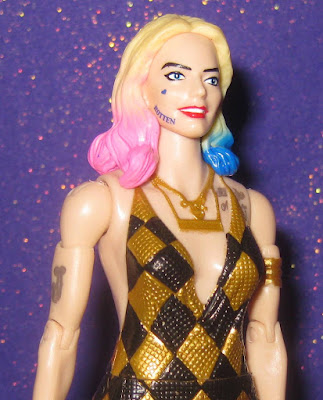 This isn’t really a knock on Mattel because they make mass market retail figures and quality expectations for that range have plummeted over the last ten years, but the best you can expect from their likenesses is being able to tell who the character is. All of the Multiverse figures that I have seen that are based on actors look awful. Obviously the masked figures work better, but exposed faces are bad news for Mattel. 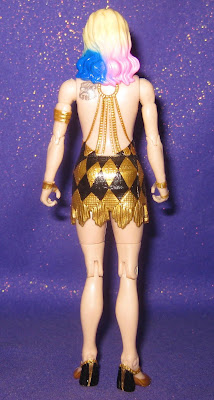 In this case, the figure benefits from having very specific features like pale skin, bright makeup, colored hair, and facial tattoos. The sculpt is fine, but all of the extra elements give the head enough kick to be a good movie Harley.

The hair is different from the standard release in that it’s sculpted down rather than in ponytails. It looks very good. There’s a ton of sculpted detail and it hangs nicely. There isn’t that weird empty space between the hair and shoulders that makes hanging hair look so odd on some action figures. The paint apps are excellent. The makeup, eyes, and teeth are all vibrant and in the correct spots. The facial tattoos are a light, slightly faded color so that they do resemble tattoos rather than Sharpie scribbles. A lot of tattooed action figures screw this up.

Her expression is more “vacuous amusement” than “manic mischievousness”, but that’s picking nits. Like I said – this is a mass market figure. If you need an expressive plastic face, there are tons of far better (and more expensive) Harleys on the way. I’ll be reviewing several of them here. 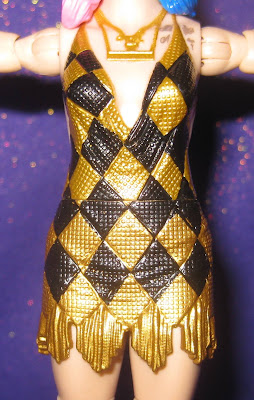 The dress looks great. The top is the sculpted torso and the bottom is a soft plastic skirt, but both the textures and colors match nicely. Toy manufacturers don’t always get this right, so good job there. There are a couple of sculpted necklaces that look great, as well. I’m glad they’re part of the torso rather than separate pieces. The tattoo under the dress strap looks even better than the ones on the face. Harley’s legs are shaped well, but sadly lack the tattoos that she had in the movie. For me this is a major oversight, but others might not care. And at least she has some tattoos. 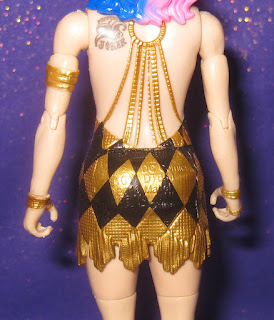 The gold of the dress and jewelry is nice. It’s quite metallic and consistent across all of the parts. The sculpted chains on the back of the dress look very good and have excellently applied paint. I love the watches that Harley is wearing as armbands. It’s straight out of the movie, but it’s nice that Mattel didn’t miss that detail. It could have just been a golden clump.

Harley has tons of jewelry on her hands – lots of rings and chains. They look good and the paint is solid. I wish she had painted nails, though. 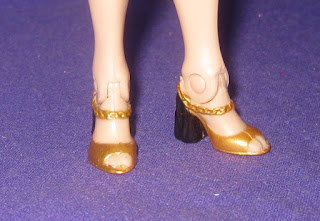 You guys know I’m a sucker for some good action figure footwear, and Harley has a lot going on here. Mattel has executed some truly noteworthy feet, not just for the level of sculpted detail, but for the fact that the figure can stand up with no problems in some wacky high-heeled shoes. Other toy companies could learn a lesson here, especially Hasbro. Yeah – there’s a noticeable ankle joint, but the feet look so good and work so well that it doesn’t matter. These might be some of the most impressive action figure feet I’ve ever seen. 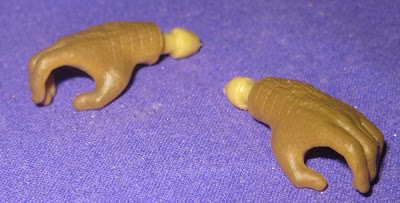 Harley comes with Killer Croc’s hands, which seems pretty darn morbid until you realize that they’re part of a Killer Croc build-a-figure. They look fine, but are irrelevant to Harley. And to me since I won’t be buying any more of these.

As far as interactive parts, there’s not really anything that this version of Harley should have come with, so I’m okay with the lack of meaningful accessories. 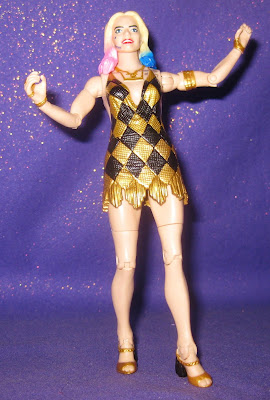 Harley has the standard DCUC articulation. Her head has a bit more range than you might expect, but is limited by the hair.

The skirt doesn’t limit leg movement as much as you’d think, either. It’s a very soft plastic and moves fairly well. It’s not like she’s going to be doing squats or anything, but it’s a fair range given the limitations of the look’s design.

This is mostly a Harley for standing around. Not much fun to be had, but what it lacks in action it makes up for in looks. 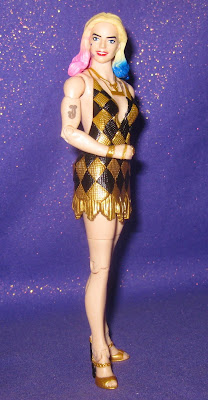 I’m happier with this purchase than I thought I would be. Mattel did a very good job executing a very specific look from the movie. This isn’t; an essential figure, but if you’re a fan of Harley or of Margot Robbie this is a solid pickup. Recommended. I’d say it would even get a perfect score if it had the leg tattoos. Remember – I’m scoring stuff for what it is within the limitations of its style, not against other figures like, say, the forthcoming One:12 Collective Harley. For twenty bucks, this is worth it.