Nerds In Their Underwear and Other Public Speaking Tips: Being A DragonCon Panelist 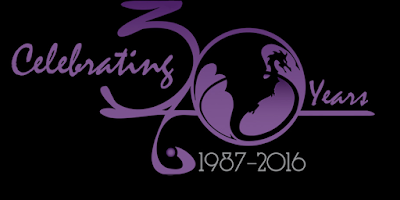 I have been going to DragonCon since 2004. I had spent several years volunteering as staff or simply attending on my own dime, going to panels and taking in all of the stimulation overload that the Con has to offer. The panels I attended were packed with very smart people; all knowledgeable in their field or experts in their fandom of choice. They put many people to shame. I was in awe at the panels I attended and always left well informed. After so many years I began to realize, "Hey...I'm smart. Hey, I'm knowledgeable in my fandoms. I mean crap...I've won the Supernatural Guru award on Supernatural.tv three years running!" It made me wonder why I couldn't have something to say on these types of panels, and which ones I could have something to say at to begin with. The desire to start talking in front of groups of my nerdy peers became a truly burning desire in my gut; I just needed to figure out where to start. With the use of Facebook and Twitter I was able to join the various groups that existed for all of the tracks that I loved at the Con, and with that came announcements of panelist applications as Con time approached. With wide and happy eyes I clicked on applications and didn't look back. But after you apply, what happens when you are accepted? I'll tell you. You have to talk in front of dozens to possibly hundreds of people!

Picture people in their underwear? Stare at the back of the wall instead of faces? Let's dive into the various tips and tactics for being a DragonCon panelist. 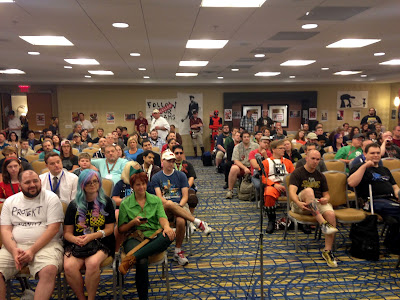 First off comes the hard part; applying. Where do you start? Do you want to speak on one panel or several? All in a couple of days or spread out? First thing's first: Look at the track schedules or tentative schedules. Check which track fits your expertise or area of interest/favorite fandoms and see if they have any panels you might be interested in. Keep an eye out on their website/Twitter/Facebook, as they will updates on these sites as to when panelist applications open. When they do they will link the application or the contact information for the track staff. Fill out what you want and send the request. I usually apply for several just in case slots fill up quickly; if someone that has better qualifications than I do is selected for one panel then I am still in the running for another. If you are selected for too many panels on too many tracks and weren't expecting such a great response just remember; you have permission to say "No" to any that you just have too full of a dance cart to squeeze in. And besides, having too many panels want you is not only good for your options, but also flattery. Feel good, my friend. 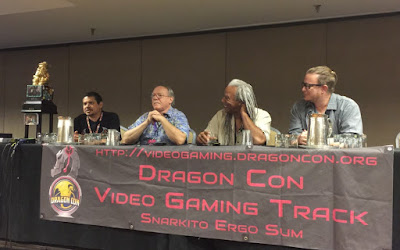 If you not a big fan of Supernatural why would you want to be on a panel that discusses the show? If you love Game of Thrones why did you apply for the Arrow panel spot when they had two spots open on the other panel? This should be sensible, but I have seen some grumpy freaking people cause arguments on panels when the point of being there was to have fun and talk about what you love and/or have experience in. This will happen if you are one who loves to argue or if you are someone sitting on a panel just for talking’s sake instead of being there because you know about and love the subject. At DragonCon you have nearly forty hours’ worth of programming thrown into one hour. That leaves you with tons of panels to choose from attending. It also leaves you tons of tracks and panels to choose volunteering your services to. If you have been writing fanfiction for twenty years any track that has fanfiction panels would love to hear from you. If you are/were a paranormal investigator then hit up the skeptics or urban fantasy to see what they might need. The first panel I ever spoke on, for example, was the Science of Avengers and S.H.I.E.L.D panel on the Whedonverse track in 2014, serving as their physical sciences expert to determine the realism of any possible fight scenes and how Meta-Human or Bio enhancements would affect the fighting world today. Last year my background as a writer gave me weight on the Adult Themes in Genre Shows Panel on the Sci Fi/Fantasy Track. Don't (and I repeat...don't) pick a panel just because you want to argue. I have seen that happen and the audience left with a bad taste in their mouths, unsure if they wanted to even return to some of the other track panels. You will screw yourself and the track as well- plus give the Con a bad name- if you hop on a panel to argue for arguments’ sake. Come to the Con for fun, not to be a douche. 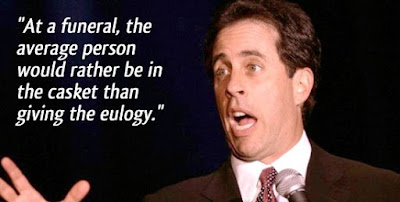 That being said, there is a fine line between an argument and a healthy debate. Debates are good. Great even. They give varying points of view and show multiple ways of looking at any situation or societal setting. Did Barry Allen make the right choice when he went back to save his Mom or didn't he? Is Malcolm Merlyn truly a concerned father or has his obsession with control and revenge for his wife's death simply made him a megalomaniac? One half of the room will feel one way and one half will feel the other; you can see it when they nod or shake their heads in response to your statements. So when you are on a panel remember to be respectful of varying opinions of the panelists and of the fans when they interject statements or ask questions. For the Avengers/S.H.I.E.L.D panel I sat with a medical Doctor, a NASA engineer, and a Marine Corp test pilot. Now that led to many varying outlooks between the four of us and that made for some great perspectives on the characters. You don't want a one-sided discussion where everyone agrees with one person only. Let the others make their point. Either agree to disagree or if a lightbulb goes off come back with a "Wow, I never thought about it that way. I like that. So in your expert opinion what do you think would happen if...." and see how much further they can take that train of thought to keep the open discussion going on that track. This will keep flow, keep things positive, and keep a nice healthy debate going instead of a mud sling. Never spoke in front of an audience before? Suddenly feeling sick at your stomach, dizzy, unable to speak? Yeah, that's normal. You wanna know what helps? Well, let me enlighten you. With all those years of speech class or doing presentations for work you were getting graded or getting paid. This was forced on you; it wasn't a subject you wanted to talk to a group about. You volunteered for this panel. You love this show/game/book/band/movie. You want to share your opinions about them with the world and hear what others have to say. You have no idea how much this eases the nerves! Things get much easier when pressure is off and the pressure drops substantially when you are enjoying your "job." If, however, you still feel a bit queasy when you see the crowd size, consider these options. Firstly, look mostly at your fellow panelists. The discussion is primarily between you and the panelists anyway until the audience Q&A segment (or between the panelists and moderator if the panel has one.) Concentrate your gaze on them. It's respectful to look at whom is speaking to you anyway, plus it takes the pressure off looking towards "all those people out there." Secondly, make use of the water. At DragonCon every panel table has pictures of water and cups for the panelists. In Gimore Girls when Emily met Mia, the woman that took Lorelai in as a new mother, Mia kept asking her to have tea with her. Finally she said, "Are you sure you don't want tea? Tea makes things like this less awkward; there are things to hold and stir." She couldn't have said it better. When you get flustered or nervous after looking at the crowd or after speaking, grab your cup and take a drink. Not kidding. Even just pretend to drink so you don't have to pee suddenly after gulping down an entire cup. When the cup gets low fill it up. Stir the ice with your finger. Turn the cup slowly in circles. Keeping busy helps distract people.

Some feel that being a panelist feels like work while on vacation. Heck no. It is freaking fun. I love doing it; I have three panels lined up this year myself. If you feel you have something to say or something to contribute to a fandom then approach the track and apply for a slot. Just remember these tips and it's smooth sailing. Have fun talking!

Wanna see some examples? Here are the panels I referenced in this piece.

Avengers and S.H.I.E.L.D Panel
Christina Sizemore is trained in only four things:  writing, fighting, paranormal investigating, and being a mom.  At this point in her life she truly feels that she is not qualified to attempt to learn any new field.  A twenty year martial artist, mother of three, and writer who is working on the publication of her first book titled “Finding Your Way: A Guide To Your Path In The Martial Arts,” she spends her days working out, writing, making fanvids, going to DragonCon, and playing board games/video games/out in the yard with her kids and husband who are just as geeky as she is.  She is convinced that one day her skills will be of assistance in the Zombie Apocalypse and that while she is of no use in the kitchen, she can Buffy that zombie for ya or teach you the best way to get the blood stains out of your clothes (Psst…the secret is mixing Crown Cleaner and Shout.  Just sayin’.)
Posted by C.S at 12:26:00 AM