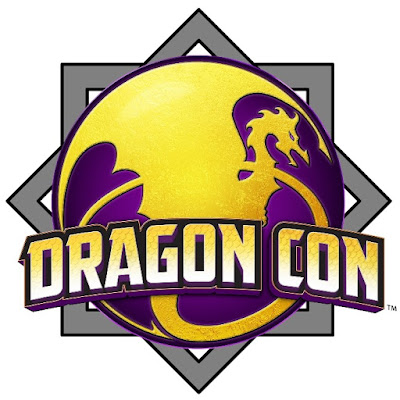 I’ve been asked many times about a Dragon Con Toy Track. Whether or not it was a good idea, what it would be, and if I would want to run it.

I’ve never been asked by any Dragon Con bigwigs, mind you; just by people that have seen my panels and have enthusiasm for plastic collectibles.

I think it’s a fantastic idea and I would never run it (probably). As to what it would be, I think that makes for an interesting post. So that’s what I’m going to be doing today.

This is pure fantasy booking and not anything that is happening or ever will. To reiterate – this is not an actual programming Track or a listing of actual panels. I just thought it would be fun to do because I’m weird. When the Horror Track contacted me about doing a couple of things with them I actually sat down and programmed a whole weekend’s worth of panels before culling it and sending him the picks I thought were most likely to hapen, even though I knew the possibility existed that not a one of them would be used.

I like making schedules. Back when I still had time to play wrestling video games I would schedule out the entire year of programming – every RAW, SmackDown, and pay-per-view.
Clearly I have a problem.

So, if a Toy Track existed and I were the Director of said Track, here’s (what) the panel schedule (would be) for 2016:

7:00 PM – Toy Swap/Meet and Greet – I’m sort of stealing this idea from our pals at Joelanta. This would be a casual hangout with music and whatnot. Attendees could bring old toys to swap out with other attendees.

11:30 AM – A Brief History of Licensed Toys – This is a panel I’ve done before, but I barely scratched the surface. I think it’s fascinating to look at the history of toy licensing and how the success and/or failure of toy lines and the related movies have affected the marketplace.

4:00 PM – Needless Things Presents: Toy Stories – Okay, so this panel actually is happening, but as part of the American Sci-Fi Classics Track. Myself and a panel of guests will share stories about toys from our lives. The audience is invited to bring their own toys and stories to share, as well! This will, indeed, be happening Friday at 4 PM in the Marriot M103-105. Come out and bring your toys!

8:00 AM – Saturday Morning Toy Toons! – A block of programming of classic 80s cartoons attached to toy lines. Just for fun:

Note: I’d need a volunteer to run this because no way am I going to be up at 8 on Saturday.

11:30 AM – Star Wars in the 90s: Power of the Franchise – My first thought was to do a panel on everything from Kenner to Hasbro, but if I’m honest the 1995 Kenner relaunch had a bigger impact on my life. Plus, it isn’t talked about as much. I think it’s a very interesting part of Star Wars history and well worth discussing.

1:00 PM – Legendary: Battle of the Marvels – An audience participation panel where we determine the best Marvel Legends action figure! Bring your favorites from Toy Biz and Hasbro.

2:30 PM – The Modern Age of Mattel: Masters, Multiverses, and More – A discussion of Mattel’s offerings from the past twenty years, including Masters of the Universe and DC Comics toys.

4:00 PM – The Import of Imports – How foreign toys have made it to America and influenced domestic lines. Including Micronauts, Transformers, M.U.S.C.L.E., Voltron, and more.

5:30 – Transformers Beast Wars: Classic or Caustic? – An audience participation panel where the merits of the second major iteration of the Robots in Disguise is debated. Let’s pen Gnoll and The Oncoming Storm’s Josh in for this one.

8:30 PM – The Figure from the Black Lagoon: Universal Monsters in Plastic – A look at the massive licensing history of the world’s best-known movie monsters.

Because I know people skip the intros I will reiterate - this is not an actual programming Track or a listing of actual panels.

8:00 AM – Sunday Morning Toy Toons! – A block of programming of classic 90s cartoons attached to toy lines. Just for fun:

Note: I’d need a volunteer to run this because no way am I going to be up at 8 on Sunday.

11:30 AM – Cholesterol & Collectibles: Fast Food Premiums – McDonald’s, Burger Kind, and even Hardee’s have a long history of including some of the most collectible toys ever with their kid-oriented meals. We’ll take a look at some of the most popular items here.

2:30 PM – Toys in Spaaaaace! – Bring in your aliens, spaceships, and moon monsters for an audience participation panel about toys from the beyond!

5:30 PM - House of Plastic: The History of Horror Toys – Because there’s so much more than just the Universal Monsters.

7:00 PM – GI Joe: After the Movie – The GI Joe toy line got more and more bizarre and sci-fi-oriented after the release of the 1987 animated film. Let’s talk about that. And then watch the movie.

11:30 AM – Teenage Mutant Ninja Turtles – A discussion of the longevity of one of the most popular toy lines of all time.

1:00 PM – The Other Robots – GoBots, Voltron, Robo Force, ROM, and the other non-Transformer toys that battled it out in the toy aisles!

I doubt very much that I’d have any kind of budget for Guests, but if I did, I’d bring Zach Oat, Gary Schaeffer and Mel Birnkrant, Chris DePetrillo, and Timothy Clarke. Each would get (at least) one panel. I mention those because they’re guys that I already have a relationship with and feel certain I could convince to show up. Once established, I’d go after some other toy industry folks in future years.

While trying to keep all of those guys coming back.

If there’s some egregious oversight or a toy line that you simply can’t believe I skipped, remember this – in theory there are years of Toy Track programming ahead! And if you thought this looked fun or like a Toy Track is a great idea, let someone know!

And one last time for good measure - this is not an actual programming Track or a listing of actual panels.


If you’re here checking out Dragon Con stuff and haven’t visited Needless Things before, thanks for coming by. Me and my writers post five times a week about toys, movies, music, and all manner of pop culture dorkery. I do the Needless Things Podcast once a week. And definitely come back in October for our 31 Days of Halloween! It lasts all month long and everything on the site is thoroughly Halloweeny!
Posted by Phantom Troublemaker at 11:00:00 AM