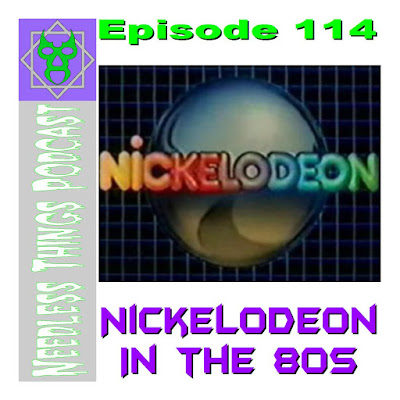 Phantom Troublemaker, Ryan Schweck, R.T. Ewell, and Mr. Beau Brown share memories of the entertainment powerhouse that was Nickelodeon in the 1980s!


Nickelodeon was the first television channel for kids and it has a legacy of irreverent, thought-provoking programming going all the way back to 1980. Shows like Mr. Wizard's World and Standby: Lights, Camera, Action! Sought to educate kids about the world around them while programs like You Can't Do That On Television were more subtle about the messages they presented. The 80s were a very different time in American culture and allowed for much edgier content on a channel aimed at children.

Nickelodeon also featured programming expressly aimed at younger kids, as well. From Pinwheel to Today's Special, they set a standard for what the youth of the day expected from their shows.

Listen in as the Needless Things Irregulars reminisce about the glorious, gross, golden age of Nickelodeon!