Christina on The History of The Thirty Minute Commercial 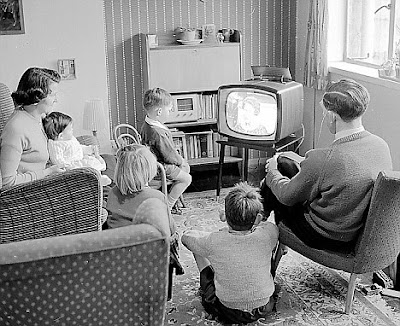 Every single person over the age of thirty had a collection of G.I. Joe, He-Men, She-Ra, M.A.S.K, Jem and The Holograms, Transformers, etc. Some had a few, some of us had every single one of them. Heck, many of the people that read and write for this blog can tell you every single figure in each line, their release date, and every European variant. We're just that hardcore. The question remains, however, as to how we got started? Think back on your days of getting hooked on these awesome pew-pew shooting, lala singing, "Autobots, roll out" figures. Did you see friends that these miracles of plastic and thought “Wow…so cool?” Did you see them in a store and beg/plead/cry/demand/throw a tantrum for them? Or did you see the cartoon and get hooked, and proceed to collect every piece from that show every time a new character came out on a new episode?

If you answered "Cartoons" then you fit in with most of the American populous. But get this; what if I told you that was their plan all along? 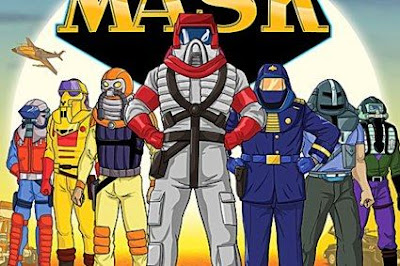 Lovingly referred to by some collectors and nerds as "30 minute commercials," the cartoons of the 80's served to entice us into enjoying our Saturday mornings in front of the tube instead of outside in the fresh air. Yet when we got outside, we were playing with the very toys from said show. This sneaky tactic turns out to have an even longer backstory than most realize, however, and its methodology turned underage consumerism on its ear and changed the way that the advertising demographic plate was engineered from that decade forward.

Advertising, censorship, and the monitoring of them can be traced back to the 1940's with the publication of a book by the FCC that limited the use of commercial time on television. These attempts at restriction went back and forth for decades, with many broadcasters exploiting loopholes on how they could insert more commercials as they saw fit and get more ads and product placement into the world. Groups popped up faster than Starbucks to stop the insanity, especially when it came to the protection of the cute and adorable munchkins who were being suckered in by those multi-second shenanigans in between their favorite shows that tricked them into buying those red-riders and cowboy costumes. In the 70's it was the Actions for Children's Television group that got things done the fastest and limited advertising more than they ever had been, and things were looking promising for the downfall of Capitalism.

And then, we were introduced into something new. Reaganomics. 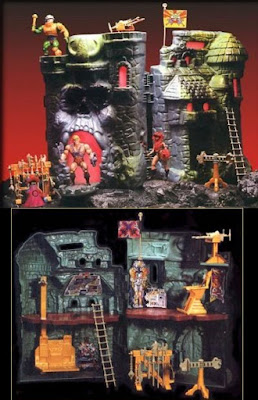 The 40th President, Ronald Reagan, was a big supporter of big business. His outlook was that big business reached more people in the nation and there, was better for our overall economy, led to a lot of change in economic infrastructure, including reappointing a new Chairman to the FCC at the start of the 80's. This seemingly simple act started the rebirth of children's television. 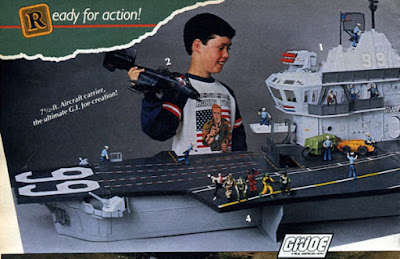 Last year my husband got curious as to how many cartoons we had to choose from in that very awesome decade. He lost count in his alphabetizing of his partially gathered list at around one-hundred-thirty-two. For those that don't like spelling it out, that is 132. Some were turds that sank to the bottom of the ratings pool and some were the historic gems that live in our memory to this day. But still...132?! And that is just where he lost count. The exact number is a sobering thought. This restructuring of advertising bans plus this many cartoons to pick and choose from led to a floodgate of monetary gain for toy companies and media concerns. Many toy companies/television companies got into bed to engineer the toy lines for the show's characters before the show was even released. Examples of this were M.A.S.K., He-Man, and Transformers. Others would spread the word on their special offers for limited edition dolls and accessories as the show's popularity increased. A perfect example of this is Jem and The Holograms; when the later editions of their dolls came with inserts promoting an doll-sized leather MTV jacket or an insert for a limited edition Pink Llama (the would have been pet of Jem that was axed from the final script cut of the show), that with several proofs of purchase and extra money you could buy. The most amazing thing about this is the fact that these shows were recorded back to back and then each new episode released regularly. Almost daily. Today new TV episodes are released once a week to keep you glued to the TV. During this time of deregulation thanks to Reagan’s new policies, the kids became forced consumers in a bid to make their parents buy toys that the cartoons were inspired by when it was technically the other way around, yet the sneaky ad ploys wouldn't let anyone know or believe that. 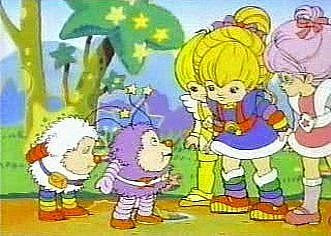 Whether that colors your judgement on the collection that you own is up in the air and it is your therapy session to pay for. Sorry I caused the mental breakdown! When you look at it from this perspective, however, it is a sobering and thought-provoking outlook on the more innocent years of our life. Maybe it is better to just enjoy being Truly Outrageous and shouting "Yo, Joe!" Maybe it tarnishes our remembrances a wee bit. Yet it also adds a bit of "Ah, hah" when you think about it. The sheer number of cartoons being thrown at us back then, the huge amount of shelves that were full of their figures and vehicles and bases of operations and animals and weapons...it boggled the mind even as kids, and while we were too in love with the choices to care back then it makes you wonder what was going on now.

And knowing is half the battle.

Christina Sizemore is trained in only four things:  writing, fighting, paranormal investigating, and being a mom.  At this point in her life she truly feels that she is not qualified to attempt to learn any new field.  A twenty year martial artist, mother of three, and writer who is working on the publication of her first book titled “Finding Your Way: A Guide To Your Path In The Martial Arts,” she spends her days working out, writing, making fanvids, going to Dragon Con, and playing board games/video games/out in the yard with her kids and husband who are just as geeky as she is.  She is convinced that one day her skills will be of assistance in the Zombie Apocalypse and that while she is of no use in the kitchen, she can Buffy that zombie for ya or teach you the best way to get the blood stains out of your clothes (Psst…the secret is mixing Crown Cleaner and Shout.  Just sayin’).