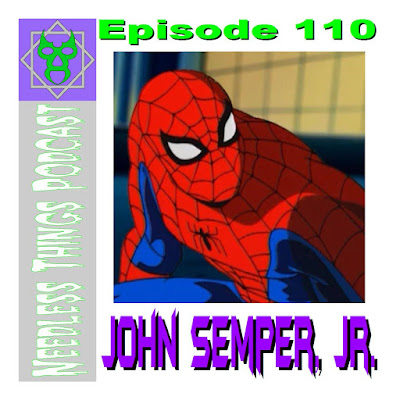 
Spider-Man: The Animated Series is one of the most beloved adaptations of the adventures of Marvel Comics’ most famous superhero. John Semper was the showrunner for the duration of the series’ run and was nominated for an Annie Award for his episode “Day of the Chameleon”. In 2004 he was nominated for a Daytime Emmy for his work on Static Shock. Prior to those achievements, Semper honed his craft working on many of the cornerstones of Generation X’s animation experience – The Smurfs, The Shirt Tales, Duck Tales, and the Fraggle Rock cartoon.

One of Semper’s current projects is the animated War of the Rocketmen, which reunites many members of the Spider-Man cast and is now LIVE on Indiegogo. Visit the campaign page now and check out the awesome rewards being offered to help put together the pitch for this awesome project!

Listen in as Phantom and John discuss all of this an more, including his screenplay for 1992’s Class Act, starring Kid ‘N Play!