The Trouble with Nostalgia 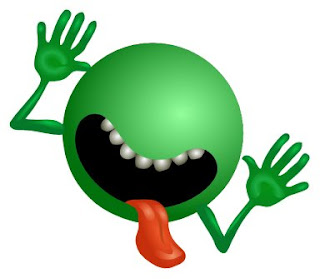 As of writing this I have just turned 42. And since I have just become the answer to life, the universe and everything I feel entitled to to wax philosophical. Because, as Philip J. Fry so profoundly put it, I'm "old enough to feel ways about stuff". I certainly am older, but I think the wiser thing missed me completely. I did get to thinking about how I've changed, and how people in general seem to change over the years. Changes that can lead to getting stuck in the trap created by nostalgia. 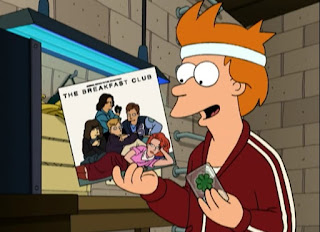 Once the magic of childhood ends the adult struggles begin. We've all been through some shit, and we've all come out the other side different than we were before. Before everyone who clicked on this post expecting something dorky leaves again I'll get to the point. Dealing with deep, painful issues is hard. No one likes it or wants to do it. Especially when it's so much easier to escape to a time when things were happier and far simpler. Media companies are banking on that desire. Movies, music, TV, and books come out all the time that want to help you return to a time when you didn't know how much your clothes cost. Or they just want your money whether you get that feeling back or not. 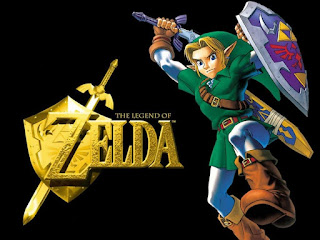 Now let's be very clear about what nostalgia is before we go any farther. The exact definition is "a sentimental longing or wistful appreciation for the past". A friend of mine tried to tell me that I wanted new Star Wars movies because of nostalgia. I can't be nostalgic for something that I never stopped enjoying. Same with Labyrinth, The Cure, or The Legend of Zelda. Those things are all still awesome, and that isn't nostalgia. I'll freely admit to the things I am nostalgic about. There's this terrible movie called Streets of Fire that I loved because my mom loved it, and we watched it all the time. Watching it now takes me back to the happy place of me and my mom singing and dancing around a living room where the word cancer could never exist. So yes, I'm totally nostalgic for that piece of crap. That's the sentimental longing, and caring more about the feeling something evokes rather than the thing itself. 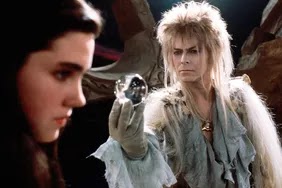 There are Blu-Ray reissues or reboots/remakes of every movie you grew up with no matter when you grew up. Really all a reissue does is give you a slightly better picture along with some shitty new behind the scenes crap that wouldn't have mattered to you as a kid, and won't make the movie any better now. And if I want to watch an Indiana Jones or Tron movie I'll just stick with the originals rather than get bogged down in the horrible new ones. I don't envision a situation where I'd want to watch the old Teenage Mutant Ninja Turtles movies, but I'm sure I'd enjoy them better than I did the new one. Nostalgia may make you remember the movies of your childhood fondly, but they don't always hold up to an adult viewing. I loved The Goonies, Weird Science, and Emmet Otter's Jug-Band Christmas when I was a kid. I can't watch any of them now. Maybe some of you still like them, and that's fine. I'm not trying to say that you're wrong for liking something. I'm just saying that whatever magic they held that made me love them is gone now. I have a friend who tried to convince me the other night that Monster Squad is fantastic, but I think that's probably the nostalgia talking. 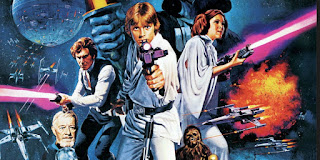 The overload comes with the book Ready Player One and others like it. Since that's the most recent example I've read it's the one I'll focus on though. It was fun, but after a while it got to be a little too "hey, I remember that game, movie, or band". You don't have to shove 80's references down my throat to prove to me that you like something or to keep my interest. There's also the constant touring of any band from the 70's, 80's, and 90's that can still get a few of the original group together. There are lots of bands that I wish I'd gotten to see back in the day, but I don't want to see them on their AARP tour. And while I have mixed feelings about Nirvana and STP being on the oldies radio stations I'd still rather listen to that then new pop songs. But certainly the sentimental feelings stirred by listening to Poison are better than actually listening to Poison. 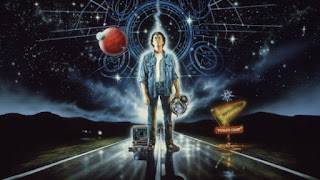 Facebook constantly suggests posts with titles like "things only people who grew up in the __'s will understand", and it's really just a click hole about some dumb shit you probably didn't even do in that decade. Yes, I wore jelly bracelets, Chinese slippers, and owned a lot of John Hughes movie soundtracks. I don't need to see pictures of other people with those same things to be reminded of them. If I want to remember them I can look at old pictures of people I know or go dig through the old box of cassette tapes in the top of the closet to look at the Pretty in Pink soundtrack cover (I assume I'd only be able to look because I doubt any of those old tapes would play anymore). As we age, and those running the media age with us (did you ever think you'd hear a Buzzcocks song used in a car commercial?) nostalgia becomes more and more pervasive. Our lives are becoming click holes, and that's not what memories are for. Remember the good, and the bad. It took both to make you the person you are today. I, for one, think I'm pretty awesome now. You're reading this so I bet you're at least a little awesome too. Would I be the person that I am today without listening to Duran Duran for 30 years? Maybe, but who can really say? I do know that I haven't seen The Last Starfighter in about 15 years. Time to see if it's held up like I hope it has.