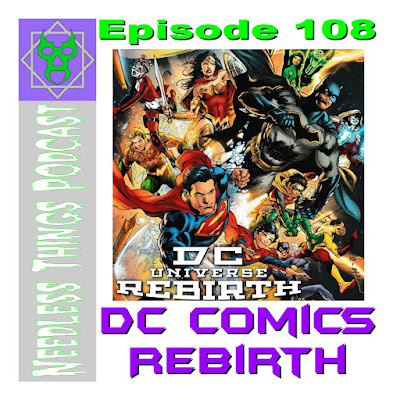 Phantom Troublemaker and Mike Gordon discuss the past, present, and future of DC Comics, including the upcoming “Rebirth” event!


DC Comics has a history of enacting and embracing change. Not just in the status quo of its characters, but in the very context of the universe(s) those characters inhabit. From Crisis on Infinite Earths to the alternate worlds of Watchmen and Elseworlds to the Vertigo imprint, one of DC’s trademarks is change and diversity of vision.

Change is once again coming to the DC Universe in the form of “Rebirth”, an event that will alter the continuity in the hopes of attracting new readers and bringing lapsed fans back into the fold.

Listen in as Mike and Phantom talk about the legacy of DC Comics and their hopes for the future of the brand!


Interstitial music provided by The Mystery Men?
Posted by Phantom Troublemaker at 11:00:00 AM