Was the Game of Thrones Premiere Enough? 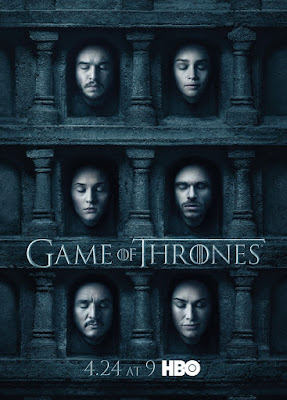 The short answer is no. But that would make for a pretty crappy post, and you guys deserve better than that. Well maybe not all of you do, but why punish everyone else? I'll keep it spoiler free (except for the stuff that we've seen in previews), and keep my book references vague for those who can't be bothered to read (lookin' at you Phantom) the damn things. To keep clear of spoilers for this episode I will have to reference things that happened in the last season finale. Pretty much everything is continued from there so I can't get around it. If for some reason you haven't watched last season you'll want to catch up quickly. It also wasn't a terrible episode so rather than pick it apart (which would be impossible to do without spoilers) I'll also talk a bit about what I think will and should happen this season and beyond. 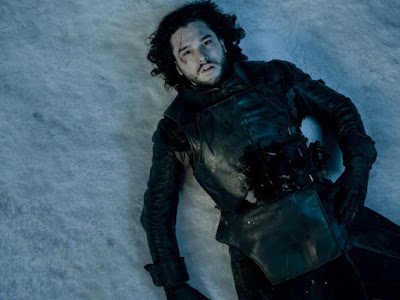 My big problem is that your first episode sets the tone for the whole season. Game of Thrones doesn't typically start its seasons off with a big bang, but at this point in the run we're kind of expecting it. If HBO goes through with its commitment of seven seasons we're getting close to the end, and it's time to start getting shit done quickly. Don't go The Walking Dead route and make us wait until halfway through the season to find out if Jon Snow is coming back to life or if he's for really real dead. I appreciate that we got a few deaths this episode, but they weren't important to me (other than not having to spend such a large amount of screen time in a certain boring part of Westeros). There was just entirely too much talking when the time has come for action. 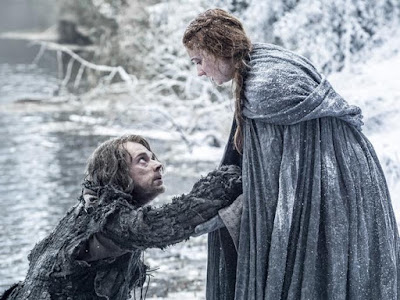 Then there's the story arcs I don't care about. I could not give less of a shit if Theon redeems himself. He murdered two innocent kids, betrayed his adopted family, and did nothing while Sansa was mega-awful raped. There is no redemption, you'll burn in a terrible hell no matter how much you try to help now. Oh, and let's stop hinting at Sansa becoming a take charge kind of bitch, and get there already. I'm sure the kind of rape Ramsay Bolton inflicts is fairly traumatic, but kill or get off the pot girl. If we're not getting Stoneheart (book readers know) then Sansa needs to be the avenger of the North instead of the tool of everyone else. Get on that shit! With Jon Snow out of the game I also don't need nearly as much of The Night's Watch either. The only one of Jon's friends I even recognize anymore is Dolorous Edd. I don't know if the rest of the guys are different actors, and without Jon or Sam or someone else around I don't care. 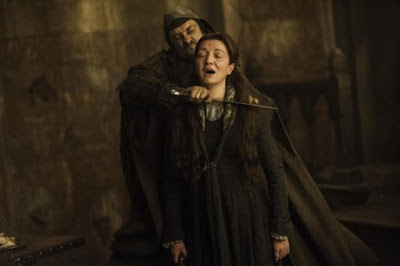 I was actually pretty excited to be completely unspoiled going into this season. The sixth book may never come out at this rate so I'm as in the dark as the non-readers at this point. This show veers enough from the books that there were still plenty of surprises, but for once I had no clue what was going to happen. I did read that they're going to bring in a storyline about the Greyjoy family from book four (I think) so I have a general idea what will happen there once they introduce it, but that's it. I really want this season to give me the kind of shock that people who didn't know about the Red Wedding had. So what did we get? We learned that Davos is a righteous dude, but we already knew that. Brienne fulfills her promises no matter how very incredibly long it takes her. Tyrion doesn't like dicking around in Meereen anymore than the rest of us. Meereen is really close to Ireland judging by where Drogon flew Danaerys off to. Mellisandre isn't what she seems, but we totally already knew that too. Cersei is all shamed and surprisingly kind of remourseful. Jamie doesn't have a hand. Dorne sucks. And so on... 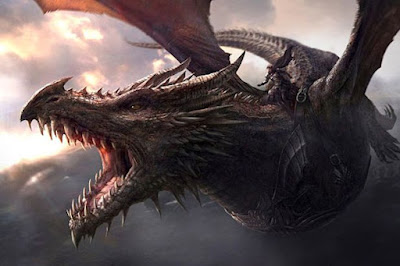 So what is it that should or needs to happen this season? Well Arya needs to hurry up and graduate from ninja school. If Sansa isn't going to step up then Arya will have to claim all the revenge. There are still several names in her "prayers" that need to get good and dead. She's all the way off in Braavos too, so she'll have to get back quickly for everyone to die in a timely fashion. And I just realized that Jamie Lannister isn't on her list. Could he actually survive all this mess? He's already had a lot of redemption though so he'll probably die tragically when we least expect it. Davos and Mellisandre will get it together and bring Jon Snow back somehow. He can't be dead. We still don't know for certain who his real parents are. If the most popular internet opinion is true (and Martin had already said that the fans guessed the truth), then his blood is really important. That's kind of why I thought Mellisandre left Stannis for Castle Black in the first place. If "the dragon has three heads" then surely Jon Snow is one of them. Not that I've figured out who the third head would be as far as the show goes. It sure won't be either of Danaerys's men. Daario is just a hot sellsword and Jorah has the crackles. There is a character in the books they could use, but he would have needed to be introduced last season to have any hope of showing up now. Of course, she could always just let Tyrion have a dragon just because he's awesome and deserves to ride a dragon. I've seen from the previews that Bran comes back sometime this season having all kinds of crazy visions and shit, but we need to see Rickon too. He wouldn't have died without us seeing it, and he's probably been through some shit as well. I, for one, would like to know about said shit. Danaerys has to stop dicking around in Meereen at some point, and bring those dragons down on the remaining Lannisters. There must be a reason they've been focusing so much on the Night's King. He's ice and Dany is fire so a big epic as fuck battle must be on the horizon. 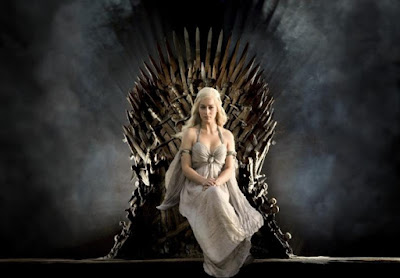 The thing is, if we're only getting seven seasons things need to escalate quickly. No more people talking and feeling ways about stuff. It's time for bloodly vengance, and lots of families need a taste. That's why we need three dragon riders. Dany can fly around getting the support she needs to be queen, Jon can fight the white walkers (after he swings by to roast the Freys), and Tyrion can burn King's Landing to the ground (thus taking out the people who would most stand in the way of a new Targaryen rule). Arya can find Sansa and they can fuck up the Boltons together or something. I really don't care as long as I get Jon Snow leading another (or bigger) Hardhome sort of battle. That was the coolest thing this show has done yet, and to outdo themselves it's gonna have to be bigger. And a hell of a lot more firey. Oh, and fuck Dorne.