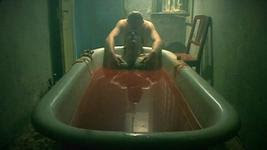 There are very few films out there that I find legitimately grotesque. If you've been a regular reader of the Domain then you know I've seen some shit. I've enjoyed A Serbian Film and suffered through August Underground. Both were gory and disturbing, but failed to make my guts wrench. There is only one film I've come across so far that I found completely repulsive. This week's film is dreadful and vomit inducing. You've been warned.

A lot of you may not be familiar with Armin Meiwes, also known as the Rotenburg Cannibal. He was a German man who frequented an online community called the Cannibal Cafe looking for a willing volunteer to be eaten. He eventually found someone willing to offer their life for his gratification and they filmed the entire ordeal.

It was a brutal and grisly scene. Both men attempted to consume the penis as a ritual before the victim's death, but it was overcooked and too burnt to eat. Armin had constructed a slaughter room in his house and dismembered the body there. Over the course of 10 months he had consume almost 50lbs. Of flesh.

Armin eventually became a suspect after police started searching for the missing man and found body parts and video evidence in Armin's house.  Armin was charged with manslaughter and sentenced to 8 years in prison. He was later convicted of murder in a retrial and sentenced to life.

The video was never released to the public, but the story found its way into pop culture anyway. Rammstein's song "Mein Teil" was inspired by the incident along with Bloodbath's song "Eaten". Marilyn Manson referenced the incident by titling one of his albums "Eat Me, Drink Me". Then along came artist and director, Marian Dora, who decided to duplicate the event on film in all its graphic and gruesome glory. Here it is, Straight Outta Rotenburg...

Marian Dora has a very twisted mind. I'm not basing this solely on this film, but on everything I've seen of his. The dude has issues and that's an understatement. The miraculous thing is that he manages to find a few actors and crew members to go along with his crazy shit. I'm not sure how successful his movies are overseas, but nobody knows who the hell he is over here. You should know him though, because if this guy ever gets some real money for a film it's going to ruin your life. This was only the beginning of his film career.

Most people probably lacked the patience to make it too far into this movie. Marian works at a slow pace and this first act is absolute torture. We're presented with long shots of Armin's online correspondence while searching for a willing victim. He meets various people at restaurants and other public areas and is turned down every time. One meeting even resulted in him being assaulted. 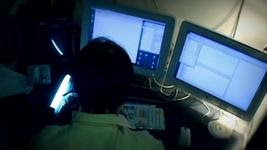 These first 30 minutes are boring as hell and I considered turning it off myself. There's little or no dialogue through these first scenes. Just the awkward and lonely character looking for someone to eat. I was patient like Armin in his quest for fulfillment and I endured it. The next hour was torture of a different kind. 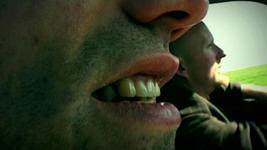 After Armin finally finds the man he will consume, Bernd, they ride to his house and begin to bond in disturbing ways. Dora has a way of creating an uncomfortable atmosphere and tone. The aesthetic of the house was dark, miserable and filthy. I felt like I was trapped inside with these two maniacs. These are the only two characters throughout the rest of the film and they made me believe they were actually engaging in this perversion. 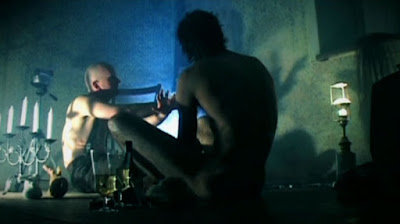 With Bernd being a suicidal wreck and wanting comfort, and Armin being grateful that someone would give their life for his desires, a lovefest ensues. The sex acts between these two are extremely graphic. There's full frontal, flopping dongs from both so if that makes you uncomfortable, heads up. Even if you're not homophobic, the aberrant interactions between these guys is revolting. I found myself feeling nauseated by the whole experience. That's right, Marian Dora managed to make me want to puke. Now that's an artist. 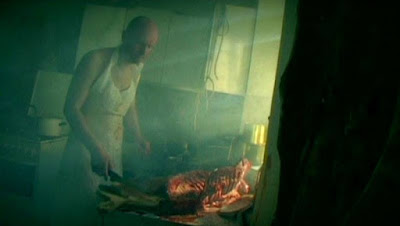 Things don't get any better in the final act. Armin attempts to bite Bernd's penis off while he's doped up on pain pills, but fails in doing so. He uses a knife instead and cooks it up for both of them to enjoy. He's not a very good cook and the penis goes to waste. He still has the rest of the body left though. He bleeds Bernd out in a bathtub and waits for him to die. It's a long death that perpetuated the feeling of uneasiness. 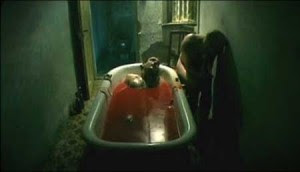 Armin has to wrestle the corpse all the way to his slaughter room. He hangs it on a meathook and from there we are witness to a brutal, unflinching dismemberment as the body is reduced to piles of meat. Armin is overcome with pleasure and satisfaction through the whole process. It's quite a performance by this guy. If you haven't been grossed out before this part of the film you will be after. 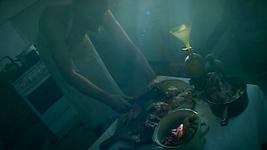 Finally Armin prepares his first meal of human flesh. He removes Bernd's head so he can feel as if he is dining with his newly found and newly lost friend. You see, dreams really can come true. I actually started to feel a bit squeamish just writing about this movie. This film is even worse than I've described, so if you're brave enough go find out for yourself. 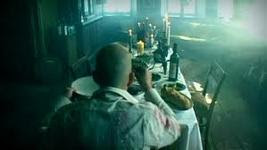 I've seen some pretty disturbing things in my time, but this may be the roughest ride I've ever been on. It's not entertaining or pleasant, but it did make me feel something. That's what great art should do, for better or worse. I can't even imagine the real video footage being much worse. Marian Dora is a hell of a talent in the worst possible way and I hope he makes it big someday. People like horror movies until they are truly horrified and that's exactly what Dora has done with this movie. This movie has made a lasting impression and I have been scarred for life. 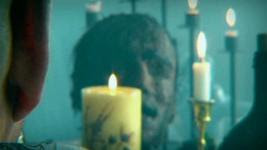 IMDB has this movie scored at 5.2 by less than 1,000 people. That seems fair considering this movie is boring for the most part. Once it kicks in though it goes balls deep and doesn't turn back. It's definitely hard to rate this one and I'm inclined to score it a lot higher, but I think I'll give it a 6.5. This disease of a movie can only be appreciated by a select few. I know you're out there.

My next review won't be nearly as bad. I don't think there's anything that can top this...or is there? Keep checking into Devlin's Domain to see.

About Me: I have a couple of different aliases, but for this column I will use my middle name. I am Devlin and I currently reside in Atlanta, GA. 33 years of age and still feeling immortal. Former Rockstar, current Pro Wrestler and hell, I'm still a Rockstar at heart. I got my first taste of obscure cinema when I was about 8 years old. My Dad would take us to the video store every weekend to stock up on classic horror films to watch on his projector. They were mostly harmless, PG-rated horror films like the great Universal monster movies. Then one night he rented a movie for himself to watch after we had gone to bed. I was so intrigued by this film that I wasn't allowed to see. I begged and begged and he eventually caved. That night I was exposed to a film unlike anything I had seen before. Ever since that night I wanted to find more films that gave me that same sensation. I wanted to feel shock and disgust. I found my place in the Horror aisle. The film I watched was Faces of Death. Thanks Dad.www.facebook.com/DevlinValek
Posted by Devlin at 9:27:00 PM