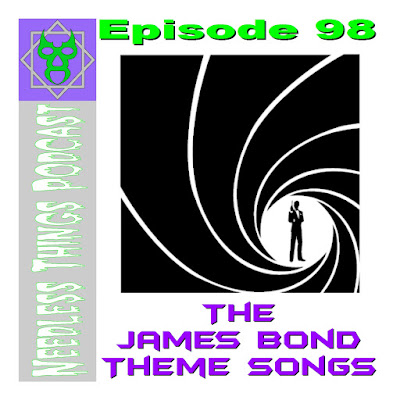 
Since 1962 the James Bond film franchise has featured some of the most memorable songs in pop culture history. From the most famous of them – “James Bond Theme” from Dr. No – to the most controversial – Spectre’s “Writing’s on the Wall” performed by British pop singer Sam Smith, the Bond themes play like a lesson in musical history.

Mike and Phantom run down all twenty-four songs used during the opening titles of the Bond films. Listen in as they pick the best and worst, discuss personal memories and experiences from their years of James Bond fandom, and agree that Duran Duran are one of the greatest bands of all time!

Interstitial music provided by The Mystery Men?
Posted by Phantom Troublemaker at 11:00:00 AM