Another Night With Netflix - Zoo

It is just amazing the shit I will let myself get sucked in to when I'm in a Netflix binging kind of mood. Last week it was this ridiculous show called Zoo. I'll admit that the reason I stopped on it initially was because I got it confused with a movie called Zoombies that I was interested in. Not because it looks good (it's about a zombie virus in a safari park), but because it's sure to be really bad. 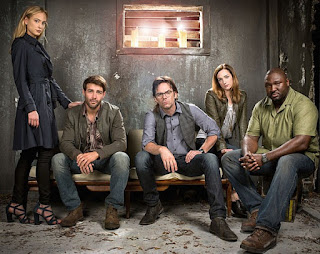 After trying to get more info on what this thing on Netflix was I found the reason I hadn't heard of it before was because it originally aired on CBS. Do they have anything people actually watch? I guess old people watch 60 Minutes, but that's probably about it. On the very short Wikipedia page for this show I couldn't find a "reception" section to tell me what critics generally thought of it or even what kind of ratings it had. I guess even critics don't watch CBS. So this show is based on a James Patterson novel. Not that I've ever read anything he's written, but if this is anything to go by he's not a very good writer. I think my 92 year-old grandmother has read some of his books so I'll have to check and see if they're all this bad. And maybe after that I can find a tactful way of suggesting that her remaining time in life is too precious to waste reading authors of this caliber. 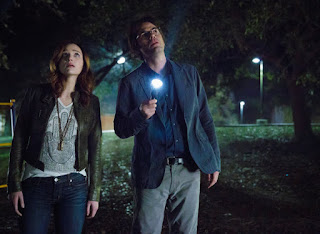 This basic story is that all of the animals on Earth flip the bitch switch, and start attacking people. We get jumped back and forth all over the globe as the main characters are introduced, and some unimportant people get gobbled up. The cast is mostly bland, but not completely unlikable. We've got an animal behaviorist and a safari guide in Africa, and neither one are guys I've seen in much before so I'm not bothering to look up their names. Kristen Connolly (who I've only ever seen in The Cabin in the Woods) is an L.A. reporter trying to expose the wrong-doings of an Umbrella Corporation style evil company. Billy Burke plays a jaded and sarcastic veterinary pathologist (because have you ever met a veterinary pathologist who isn't jaded and sarcastic?), but he's got a sick kid at home so we're supposed to feel for him. I actually like Billy Burke despite the fact that he's done nothing to deserve it. He's been in a lot of terrible crap, but somehow I always like him in whatever crap it is he's doing. Maybe someday he'll be in something good, and finally earn my approval The French secret service agent is the only one of the cast I don't like. She bobs her head around like a bird when she talks, and has big wet non-blinking eyes. That shit creeps me out. 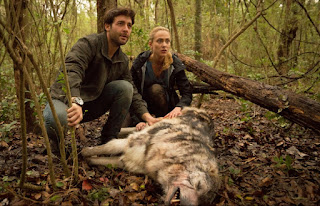 This anti-animal A-Team is pulled together by a secret organization to try and stop the apocalypse that will occur if all of the animals on the planet decide to kill us. There are various villains from week to week, but the evil corporation remains the "big bad" throughout. Like in one episode they're chasing what is a cross between Doctor Doolittle and a Bond villain, and then they're trying to stop a bat invasion in Rio while being held hostage by a slum lord. Mix that in with all of the random deaths across the globe (a man adopts a child only to get attacked by dogs, a woman comes home from the grocery store to get DiCaprio-d by a bear, etc.) that we have to sit through in the first few episodes, and it makes for some fairly uneven viewing. I stuck with it for the promise of an apocalypse; I just can't resist those! I will say that the last episode of the season was hilarious and unlike any apocalypse I've ever seen though. I would watch another season to see just how the situation plays out. I won't ruin it for anyone who might decide to give it a shot after this. 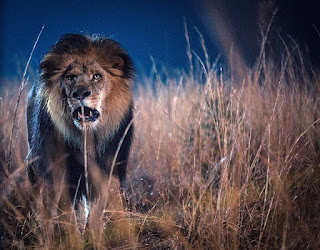 I know so far that it sounds like I thought this was a pretty good show, but here's where things get dicey. How does an animal behaviorist who works with a safari tour guide not know how to act around wild animals? He leads a few guys with one rifle between them in to waist high grass at night to track down a large pride of lions who have taken his buddy. Lions that have already killed a whole lot of people mind you. It's okay though because they let the buddy live, ostensibly so that he could spread their message. That message being, of course, that they aren't afraid of us anymore. At one point a character actually tells the French secret agent that the fate of the world may depend her. How's that for an original line? Oh, and just get me started on the "science". The evil company makes just about everything, and some of that everything is food for a whole bunch of different animals. From zoo animal food, to dog food, and even pesticides that get in to the shit that herbivores eat. So whatever it is that they've done to this stuff (it gets explained, but I still don't quite get it) makes the animals go crazy, and start communicating across long distances and even across species. That's right, Doctor Peter Venkman's joke about dogs and cats living together could happen for real if this show has it's way. Then there's the insane speech Billy Burke has to give about the food chain, and mankinds' place on it. Apparently it's only our ability to reason and our technology that keep us from being prey to apex predators. Fair enough, but he gives this speech while bats are attacking electrical transformers and trying to knock cell phones out of peoples' hands. No kind of bat is an apex predator so maybe this speech would have been more effective if given while they were facing down a bear. A bear that grew armor under it's fur, by the way. It was explained as the super food the animals have eaten created a mutation that allowed evolution to happen extremely quickly. Sure, but why would a bear ever, ever, ever need to develop a turtle shell? Seems like being enormous, and having all those claws and teeth was fine for them for a long time. I understand that James Patterson is a respected best-selling author, but this bullshit is supposed to pass as science? Michael Crichton had more convincing shit in Jurassic Park. I have really got to call my grandmother about this. 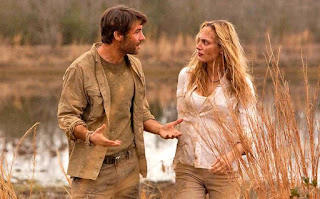 Despite what seems like a lot of problems I actually kind of ended up liking this show for some reason. Maybe not liked it, but compelled to keep watching it anyway. It had enough of the apocalypse to keep me going through the stupid. I liked enough of the cast well enough to sort of care about, and I have really watched much worse things for much worse reasons. I can't wait to see what Netflix recommends after seeing this on my list.