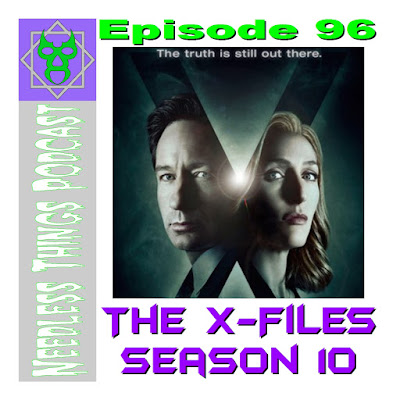 Phantom Troublemaker and Beth talk to New Legend Productions’ Mike Gordon about the comeback of the 90s genre hit television show, The X-Files!


From 1995 to 2002, The X-Files set a standard for genre television with nine seasons of conspiracy-laden science fiction. From aliens to biological hazards to cryptozoological phenomenon, FBI agents Mulder and Scully (and later Doggett and Reyes) faced a never-ending stream of impossible circumstances that often led to more questions than answers. In 2016 the FOX television channel launched a tenth season of the show, set years after the ninth season and two feature films. Consisting of only six episodes, the new season attempted to capture the essence of the original run while bringing new mysteries to the table.

Join Phantom, Beth, and Mike as they debate the success of this newest season and speculate on the future of the franchise!

Interstitial music provided by The Mystery Men?
Posted by Phantom Troublemaker at 11:00:00 AM