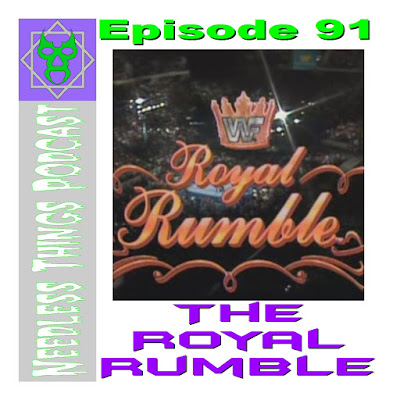 Phantom Troublemaker is joined by Sean Reid, Noel from Dork Droppings, and Marc from Unshaven Comics for a discussion about one of WWE’s signature events, the Royal Rumble!


Since 1988 the Royal Rumble has been one of wrestling’s most exciting events. Originally a television special on the USA network centered around a 20-man battle royal, the Rumble has evolved into one of the focal points of WWE’s schedule, with thirty men (or once forty!) competing to determine who will Main Event the biggest show of the year, WrestleMania!

Listen in as Phantom and the guys discuss the history of the Royal Rumble and the possibilities for this year’s edition!