Many of us have pondered the question of "what happens when we die?". Some believe we merely decompose into the earth and only live on in other's memories. I'm guessing the majority believe in some sort of after-life. Some say there's a Heaven for the righteous souls and a Hell to torture all those who are unworthy of eternal happiness due to living a life of corruption and debauchery. Some look to be reincarnated as someone else or perhaps something else. Of course the favorite belief for a lot of people is the promise of 200 virgins upon death. Can't beat that right? Unfortunately the only people that know haven't bothered to come back to tell us. Leave it to the artists to fill in the blanks and whether there is truth to it or not, there will be entertainment. Are you ready to take a trip to the beyond?

I wrote a review a while back for a film called, The Banshee Chapter, where I went into some detail about a drug called DMT. That film portrayed the drug in a fantastical and negative light. Although this week's film doesn't involve the use of DMT it does portray a near death experience, which is what DMT allows you to experience without your life being at risk. If you're not familiar with this drug, it's basically a replication of the chemical your pineal gland releases upon death. This is the body's way of making death a less traumatic ordeal. It's also the reason for numerous experiences attributed to religious beliefs. People think they're seeing angels and dead relatives or floating out of their body. The same crazy shit happens on DMT. If you're curious about the research that's been done on DMT then seek out a book/documentary called The Spirit Molecule. I'm not sure if the director was inspired by these reported experiences or if it was his intent to mirror them. Regardless, he does a damn good job and it is spot on based on the experiences I've read about. So that means you can skip the drugs, skip the death, buckle up and get ready to...

This psychedelic monstrosity is brought to us by Argentinean director, Gaspar Noe. Prior to this film he directed the controversial Irreversible, which I highly recommend. He takes his extreme, relentless approach to filmmaking a few steps further in this kaleidoscope of chaos. As ugly as his content is, he makes everything seem so beautiful, even in the most tragic of moments. Enter the Void is not just a film, it's an experience. I wish I could see this in IMAX 3D just to be fully engulfed by all the fantastic visuals.

Although this isn't a found-footage film we are still subjected to a first-person viewpoint. We experience the story through the eyes of Oscar, a drug dealer living in Tokyo. His heavy drug use is experienced by the viewer and you can see the haze of reality he lives in and how it alters the already vibrant city. 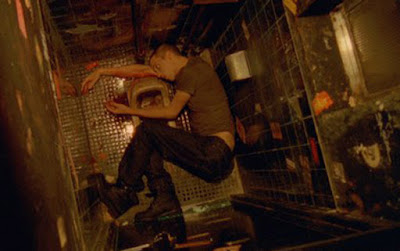 We are introduced to the other two main players in the film, Oscar's best friend and his sister. Shortly after, while they're out at a bar, Oscar is shot dead in the bathroom. The viewer is sucked away from the crime scene in some kind of astral projection. From this point the film becomes a hallucinatory journey where Oscar explores his past and all the quantum intricacies of existence. 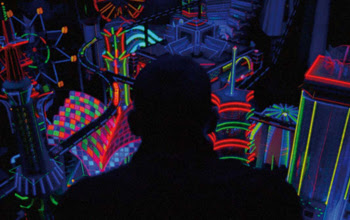 Through a rollercoaster of colorful, mind-bending visuals we arrive at scenes that show the odd relationship between Oscar and his sister, Linda. We see how a traumatic event lead them to relocating to Tokyo and took them down a destructive path. Both get involved with drugs and Linda becomes a stripper.

Oscar begins to get a glimpse of what Linda's life is like after his death. He's tormented by the direction her life is going and wants badly to be resurrected in some way. Of course he has to deal with the whole permanence of death thing. That doesn't stop him from trying though. 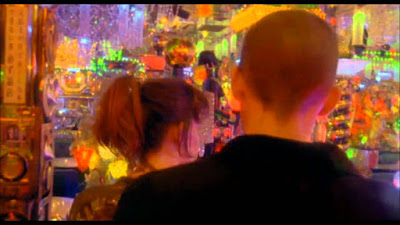 This is a bit of a polarizing movie. Some of the content may be a bit extreme for some people's taste. There are graphic scenes of sexuality that are arguably pornographic. The first person viewpoint through the tumultuous, postmortem landscape can be nauseating to some. Just be sure to take some Dramamine prior to viewing. 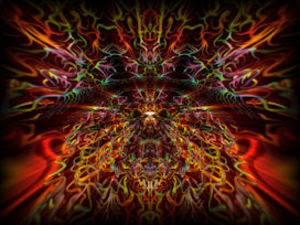 At nearly a 3 hour hour runtime, this film drags at moments and there is actually a shorter cut of the film available. It mostly edits out a lot of the hallucinatory effects that are more for atmosphere than story. I would personally recommend viewing the full version because the effects are so great. The director put the work in so it's only polite to commit to his full vision.

This is a director I'm becoming a huge fan of. I'm looking forward to seeing his new film, Love, which is releasing soon. If I could my way Gaspar Noe would collaborate with Tool to make a film in the vein of Pink Floyd's The Wall. Oh please, somebody make this happen. It would be so mind-bogglingly amazing. Only in my dreams.

IMDB rates Enter the Void a 7.3, but I'll raise that to an 8. I wish I could give it more, but there were lagging moments where I almost lost interest or wanted to fast forward to get to the point. It definitely takes some patience to get through, but it's totally worth it and the ending pays off.

I'm bringing another disturbing foreign film here next time. So if you're interested in a film that has gluttony, bestiality and taxidermy all in one place, look no further than Devlin's Domain.

About Me: I have a couple of different aliases, but for this column I will use my middle name. I am Devlin and I currently reside in Atlanta, GA. 32 years of age and still feeling immortal. Former Rockstar, current Pro Wrestler and hell, I'm still a Rockstar at heart. I got my first taste of obscure cinema when I was about 8 years old. My Dad would take us to the video store every weekend to stock up on classic horror films to watch on his projector. They were mostly harmless, PG-rated horror films like the great Universal monster movies. Then one night he rented a movie for himself to watch after we had gone to bed. I was so intrigued by this film that I wasn't allowed to see. I begged and begged and he eventually caved. That night I was exposed to a film unlike anything I had seen before. Ever since that night I wanted to find more films that gave me that same sensation. I wanted to feel shock and disgust. I found my place in the Horror aisle. The film I watched was Faces of Death. Thanks Dad.
www.facebook.com/DevlinValek