Toy Stories – 2002 Masters of the Universe and Collecting the Past 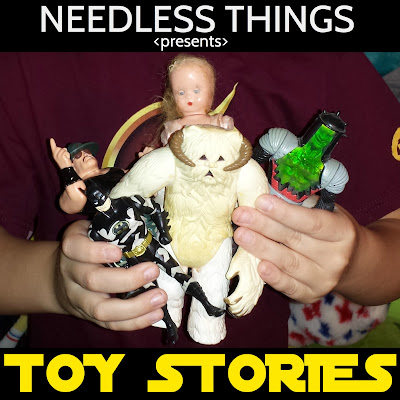 This post started as the intro to my review of the Masters of the Universe Classics Evil Seed figure. It turned into a reflection on the 2002 toy line and then some thoughts about modern toy collecting in general. Since I’m planning on going forward with the Toy Stories concept as live events, I figured I could start a series of posts with the name, as well. Here’s the first one, though I am going back through the archives and assigning the title to a few other posts that fit the bill.

I grew up with Filmation’s He-Man and the Masters of the Universe and will always have nostalgic affection for the original toys, but the toy line and animated series that launched in 2002 are what truly hooked me on the franchise.

I think what happened is that it hit at the height of my excitement for toy collecting. The cartoon played a role, as it presented characters I already knew and liked in a more mature storytelling format, but I seem to remember it jumping around a lot and I didn’t see a lot of episodes back then. But the toys came out at the perfect time.

This was prior to the days when Walmart and the internet had started choking the toy industry at brick and mortar locations. Hunting toys was still very much what you had to do. I would find a day after each payday to drive all over Atlanta and hit all of the Walmarts (of which there were mercifully fewer), Targets (of which there were many more), Toys R Us stores (of which there were also more), and the few specialty stores. It would be a day-long adventure that typically culminated in my hauling bags of new and used toys into my abode and sorting through the loot. I couldn’t just hop online and order what I wanted and preordering full cases of things like Marvel Legends was unheard of for the individual collector.

I was collecting GI Joe and Marvel Legends at the time and probably some horror stuff here and there, but there wasn’t a constant onslaught of new stuff at the time like there is now. Also, action figures were significantly cheaper. Finance-wise I was making a lot less money but I also wasn’t supporting a family, so that balances out.

I knew about the forthcoming Masters of the Universe revival thanks to ToyFare magazine, the bible of the late 90s/early aughts toy collector and a sorely missed hole in the hobby. And my personal collection, incidentally. Up until September of 2009 I had every single issue of that magazine. We got flooded and I lost them all, as well as all of my records, a ton of comics, and who knows how much else that just ended up in a dumpster. I’d love to be able to go back and pinpoint when Mattel announced the new line (apparently it was around October of 2008).

Anyway, I was thrilled with the look and design of the new figures. They were being done by the superstar darlings of the toy industry – The Four Horsemen. Those guys had cut their teeth working on some of the best figures from McFarlane Toys, Toy Biz’ Marvel lines, and other cutting edge merchandise of the day. I would say that it is partly due to the notoriety they received because of ToyFare that they were able to branch off and start their own company. The public would have never known who they – and many other important toy designers – were if not for Wizard’s publication. Now those guys are responsible for some of the largest and most aesthetically-pleasing toy lines in the history of the industry.

That all started with their contracted work on the 2002 (or 200X as it is more popularly known) He-Man and the Masters of the Universe revival. 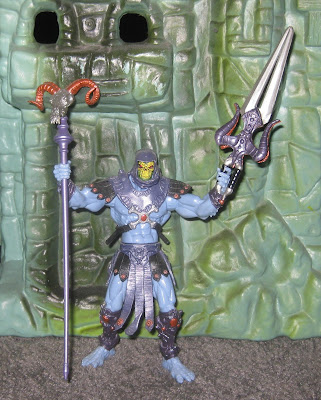 I had never been satisfied with the style of the original He-Man toys. I thought their squat, bulky frames were a little silly. I was also turned off by how they all seemed to share the same body, just in different colors. Even as a kid I was a pretty picky collector. But this new line looked amazing. The figures were more realistically proportioned, the articulation was improved, and the sculpted detail was astounding. They looked like McFarlane Toys products that were actually meant to be played with. I couldn’t wait to get my hands on them. Well, on the villains, anyway. I wasn’t too interested in the humans, but characters like Skeletor, Mer-Man, and Beast Man had me chomping at the bit to hit the toy stores and buy this new line. 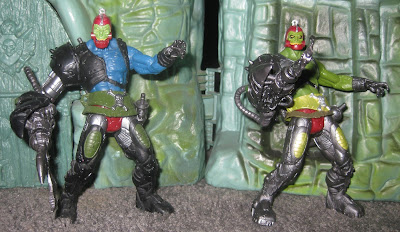 I was able to find those three, as well as Tri-Klops, Trap-Jaw (my personal favorite), and many other of the more monstrous designs from the line. I didn’t bother with any humans. I didn’t even buy an actual He-Man, despite the fact that Mattel released no less than fourteen different versions of the guy domestically and many of those ended up being deeply discounted. I didn’t buy any of the playsets or vehicles simply because I didn’t have the room for them. I regret that now because those are some awesome designs, as well. I’m still kicking myself for not buying a 2002 Castle Grayskull for a song when I had the chance a couple of years ago. I knew the Classics version was coming out and didn’t see why I would need it, but I still want it. There’s something about the design of the 2002 line that makes it my favorite, even over Classics. 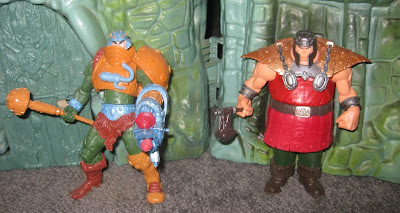 Although that is one of the great things about the 2002 line – you can still find boxed figures and toys and if you’re patient they’re pretty affordable. Even if you come across loose ones they might still be in great shape. I got a Battle Cat at a comic show a few years ago that was complete and had no signs of wear. I’ve picked up some carded figures to fill out my shelf over the last few years and haven’t spent more than fifteen bucks for any of them; usually less than ten – a bargain for such excellent figures compared to today’s prices.

As modern toy prices soar and quality continues to go down the toilet in an attempt to mitigate production costs, I find myself more and more looking to the past to satisfy my desire to collect. Whether it’s picking up things that I didn’t have as a kid like Inhumanoids, replacing long-lost toys like Battle Beasts, or filling in collections I’ve managed to hang on to like the 2002 Masters, I’m finding that patience and perseverance are bringing me a fulfilling new way to replace that old thrill of the chase that I used to get on the toy hunting days of the past. 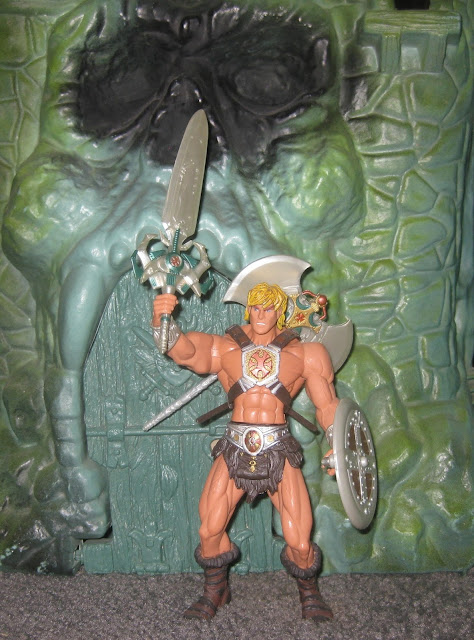