NXT has been the best part of WWE for quite some time now. The gimmicks are a little more fun, the atmosphere is a little looser, and the action is totally non-stop (ahem). It feels like the boys – and definitely the girls – have a little more room to find themselves and discover ways to connect with the crowd.

I didn’t start watching regularly until right around when Kevin Owens debuted. I was familiar with the name and reputation of Kevin Steen (the name Owens worked under in Ring of Honor), but I hadn’t seen much of him in action. I was a lapsed ROH fan at the time and had seen maybe a handful of matches.

Owens didn’t blow me away initially. It took me a while to warm up to what he was doing, which is often what happens with my favorite things. What kept me watching was the fact that everything else on the shows was amazing and in a way reminded me of early TNA, one of my favorite eras of wrestling. Or at least, the best parts of TNA – action, interesting characters, and unpredictability.

This time around I’m going to put the tag teams together because for the most part we haven’t seen them as individuals. 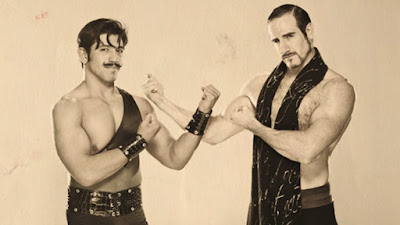 Aiden English & Simon Gotch - I love this team. The guys stick to the gimmick all the way and as a result are hugely entertaining, but I have to wonder if The Vaudevillains would work as well on the main roster. But maybe I don’t’ have to wonder about that because NXT is essentially its own viable brand even more than it is a developmental brand. It had grown beyond what was intended. So maybe Gotch and English will be just fine here. I certainly don’t want to see this fun gimmick abandoned.

Alex Riley – The guy has something, but I feel like he’s never found the right character. He’s good, but he has that fake intensity thing going on. Not like Orton’s because Riley at least comes across like he’s trying. But when he gets all enraged he doesn’t seem like he’s buying it.

Alexa Bliss – Much better as a heel. I haven’t seen a ton of her in-ring work, but she meshes well with Blake and Murphy, who I expect to see competing for the titles again soon.

Angelo Dawkins – I am honestly not sure who this guy is. I think he’s lost some matches.

Apollo Crews – Didn’t buy the hype at first, but seeing is believing. He’s still a little green, but he has a ton of charisma and athleticism. Totally held his own in the title match. 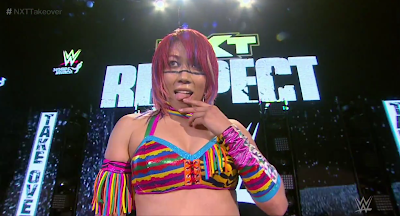 Asuka – A legitimate phenom. She’s so good and so unique that it’s almost unreal. Nobody works like her. Her mannerisms are so wild and her moves are so fluid and solid it’s unbelievable. I want to see her wrestle William Regal. That would be fucking awesome.

Baron Corbin – I don’t get it. I don’t know if he isn’t comfortable, can’t emote, or is Orton-esque, but I don’t buy one thing he does. Additionally, he does not look like the monster they make him out to be. I haven’t seen anything other than his admittedly impressive finisher that is compelling. 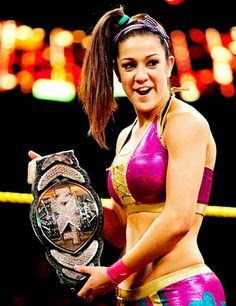 Bayley – One of the few modern day wrestlers that I get all worked up about like a kid. I am wholeheartedly behind Bayley and genuinely want her to win every match. Her title match and defense had me more invested than I can remember being in a very long time.

Billie Kay – One of the Australian girls. I think she’s okay.

Blake & Murphy – Solid heel tag team. I don’t love them, but I missed the bulk of their reign. I do like their chemistry with Alexa Bliss and feel like the trio have a good thing going.

Bull Dempsey – Bull is fun. I don’t know how much upside he has, but for the moment he’s way over with the fans. I don’t mind watching him, but I also don’t take him too seriously. Not that there’s anything wrong with that.

Carmella – Fantastic character work. Not amazing in the ring. 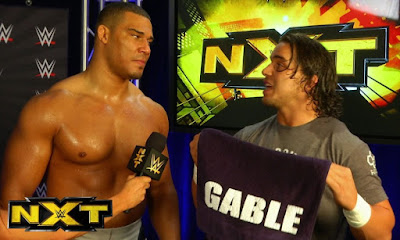 Chad Gable & Jason Jordan – Putting these two together was a stroke of genius. I really like their personalities and they are killers in the ring. Clearly I’m not the only one who misses the World’s Greatest Tag Team.

Big Cass & Enzo Amore – SAWFT were the first guys that I really loved in NXT. More specifically, their entrance routine was the first thing I loved in NXT. Their shtick was great, but then it turned out that Cass was really good in the ring and Enzo wasn’t too shabby, either. I love watching this team.

Dana Brooke – I’m not a fan, but she does seem to be getting a bit better. She’s had a couple of decent matches now. I get her background, but she needs to stop with the posing routine during her entrance. It makes her look like she really doesn’t know what to do. I think working with Emma has benefitted her greatly.

Dash Wilder & Scott Dawson – I like these guys a lot. They remind me of Arn and Tully, but a little more cocky. I wouldn’t be surprised if they get a call-up sooner than later. I hope sooner, because WWE is actually treating tag teams well right now and I’d hate to see these guys called up only to be split soon thereafter like used to happen with teams all the time. 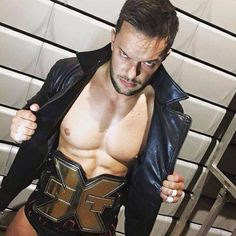 Finn Bálor – Another guy that I didn’t buy at first, but it was mostly due to his ridiculous entrance. I’m not a fifteen year old girl, so that Jeff Hardy bullshit doesn’t do anything for me. It’s actually proof of just how good Bálor is that I was able to look past that nonsense and enjoy his work.

Hideo Itami – It was so infuriating to someone I consider to be an international legend show up and almost immediately get hurt. Once he’s healthy I fully expect him to tear the roster apart.

Marcus Louis – The guy plays his new weirdo character fairly well, but his tattoos ruin it.

Mojo Rawley – This guy is a lot of fun and he clearly buys into his gimmick. I’ll take that over armlocks any day. That’s not to say that he isn’t good in the ring – he’s fine. But to me selling your gimmick is half the battle. Maybe more. Consider me a fan of the Hype Bros.

Nia Jax – I never could get the last NXT of October to play correctly and I haven’t watched the 11/3 episode yet, so I’ve only seen her once. And it wasn’t impressive.

Peyton Royce – Bad ring gear. Unique is not always good. She seems like a solid hand, though. 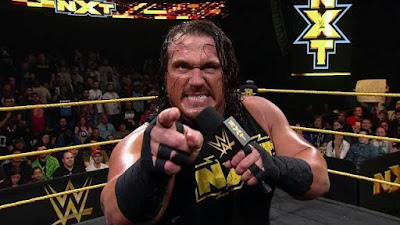 Rhyno – One of my all-time favorite wrestlers. I popped HUGE when he showed up. I’m thrilled he’s sticking around.

Sami Zayn – Liked him right off the bat. He needs to get well soon. I think he’s got a big future if he can stay healthy.

Samoa Joe – Another of my all-time favorites. I loved him in TNA until he stopped giving a shit. It seems like he’s very much back on track in TNA and I’m excited to see where he ends up. I’ve always had an “Anti-Samoan” angle booked for him in my head. He’s not part of the so-called Samoan Dynasty, so I think it would be awesome for him to take issue with all of those guys.

Sawyer Fulton – Another guy that I’m not sure who he is.

Solomon Crowe – Does absolutely nothing for me. He comes off like a pale imitation of Raven.

Sylvester Lefort – I do not know who this is.

Tye Dillinger – Good hand. I don’t think this “Perfect 10” gimmick is doing anything for him. 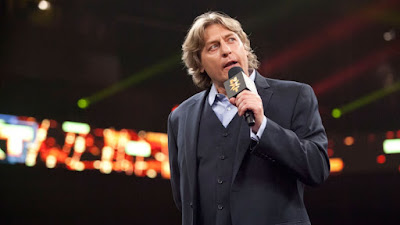 William Regal – My all-time favorite wrestler and an excellent authority figure. I hope he is able to enjoy a long career as the General Manager of NXT. Or that he is someday able to start wrestling again. And wrestles Asuka.

Rich Brennan – He’s fine. Sometimes I can’t tell the difference between him and Byron Saxton.

Corey Graves – Solid heelish announcer. I feel bad that his in-ring career got cut short, but I’m glad he’s found a spot.
Posted by Phantom Troublemaker at 11:00:00 AM