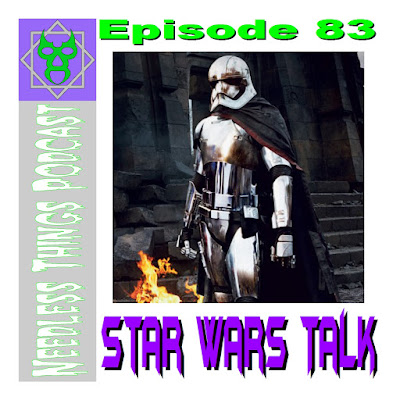 
From books to comics to video games to toys – of course toys – there has been plenty of Star Wars merchandise in the ten years since the last theatrical release. The guys talk about Marvel's new comics, Hasbro's various toy lines, and Star Wars: Battlefront.

Listen in as Phantom does his best to deal with a horrific space virus and Ryan deals with the pain of the elusive Captain Phasma, while both of the guys deal with the mysterious pronunciations of the new trilogy characters!

“Black Friday” by Faith No More